From Erode, India: A Journey to Judaism 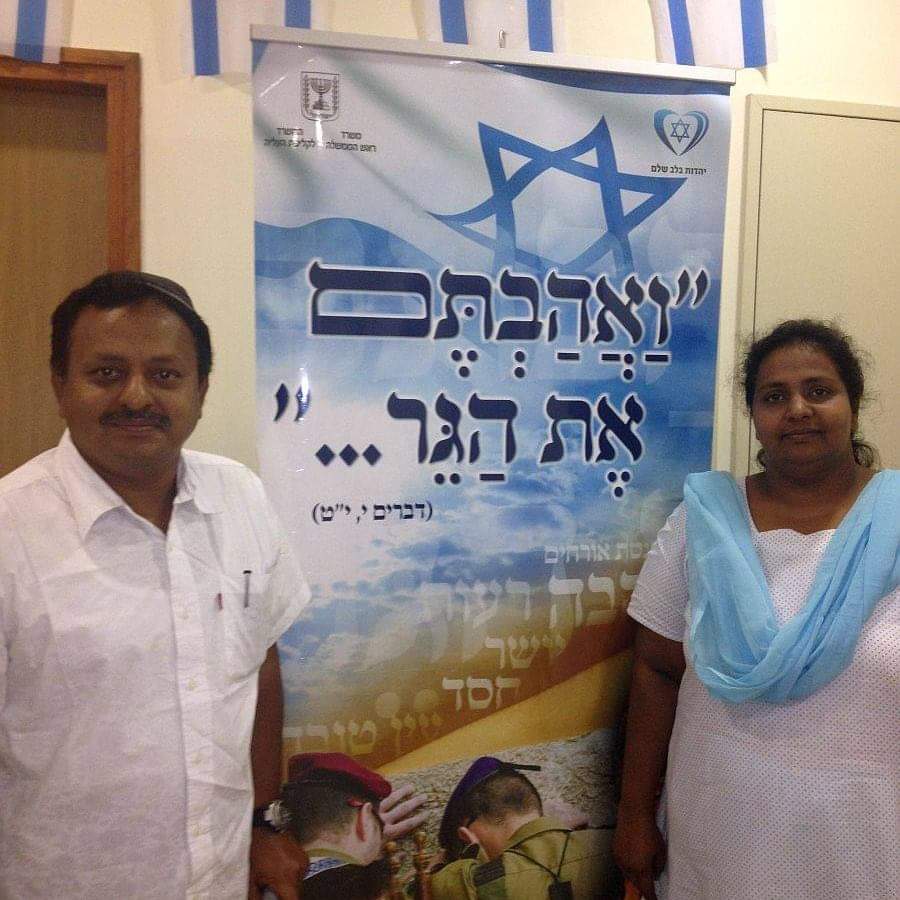 From Erode, India: A Journey to Judaism

Samuel Devasahayam was the founder of the Zion Torah Center in Erode, India. He was a courageous, G-d-fearing man, who left a huge hole in a community when he tragically passed away in 2018. His wife, Anne, has continued with the legacy he left, on their journey to be Jewish. Here is her story.

“I am Anne Sheela Samuel, mother of three and wife of the late Samuel D Devasahayam, the founder of the Zion Torah Cent in Erode, India. I came to know about Judaism through my beloved husband, Shmuel.

“I remember the day I got married, I was presented with a bible from Israel (with its soil and water on both sides of the cover), songs of Ofra Haza and Shoshana Damari and the music of Itzchak Perlman, which echoed throughout our wedding reception. This made me curious, and when I asked my husband about this, he replied that he was bought up by his father to read the Bible with “Jewish Spectacles”.

“This made me research more into Judaism and the Jewish people. Though we were orthodox Christians, our family began secretly following Judaism. We named our children Jewish names like Moshe (and not Moses), Yerusha and Rivka (and not Rebecca). We started keeping Shabbat as a family and didn’t send our children to school on Saturday even though they had examinations.

“My daughter, Rivka, was born three years later, on the same day and hour, as the passing of Rivka and Gabriel Holtzberg from Mumbai. This very sign made us proclaim publicly that we would follow Judaism rather than Christianity.

“We visited Israel several times. We learnt the laws of Kashrut and Halakah from Rabbi Finklestein. We also stayed in Israel for three months and studied in an Ulpan there.

“We started knocking on all the doors which would help us in our path to Judaism. One such door was Michael Freund’s of Shavei Israel. He believed in us and helped us immensely by sending Rabbi Yishai Tsur and his family to us in Erode.

“They stayed with us in our house for five months. They taught us about Judaism, Halakah, the Festivals, the importance of Shabbat, and the tunes for the Kabbalat Shabbat.

“For the past seven years, we have hosted hundreds of Jewish people who were touring India. We appeared in magazines and some newspapers in Israel.

“My husband passed away in 2018 and we were hopeless and helpless. That’s when we came to know about Machon Milton, a Shavei Israel program.

“It was a light in the dark and that is why we consider Machon Milton as our second home. I was empowered when an opportunity by Shavei Israel through Machon Milton arose for my son, Moshe, to go to Israel with the help and guidance of Shavei Israel.

“When I was feeling left out during my son’s conversion at the Beit Din, it bought tears to my eyes to see Michael Freund, standing next to my son as a father figure to him.

“I was also elated to see Rav Reuven Tradburks not only standing beside Moshe but also guiding him step by step throughout the process. He was available [and still is] for all our questions and doubts.

“I am happy and proud to say that my son is a Jew now. My elder daughter, Yerusha, and I started attending the Machon Milton classes in January 2022. The classes are in English and they are interesting and educating at the same time. They enlightened us and continue to do so in every single one of their classes, which are given by Rabbi Tradburks, Dafna Seigman and Rabbi Aaron Goldscheider.

“We highly recommend joining the Machon Milton classes as it was an experience of a lifetime for us. We would like for you to have the same happiness, excitement and experience as ours.” 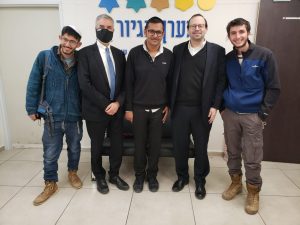 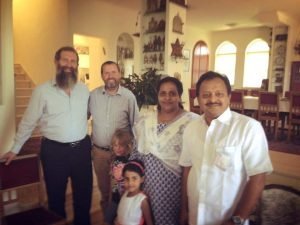 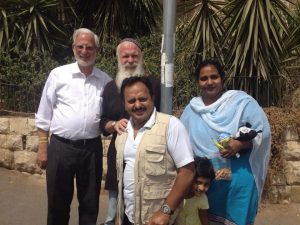 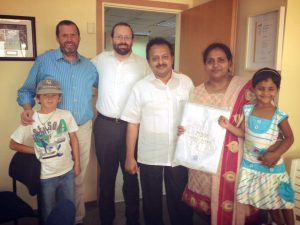 This is me, my late husband and my daughter Rivka with Aryel Tsion of susya 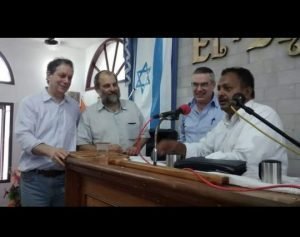 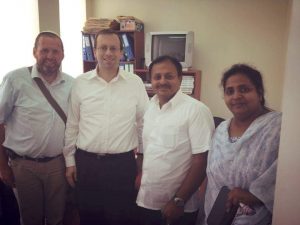 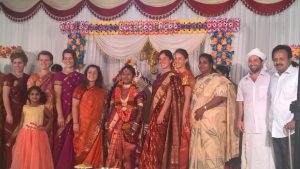 Israeli visitors from the army, all wearing sarees for a reception in India 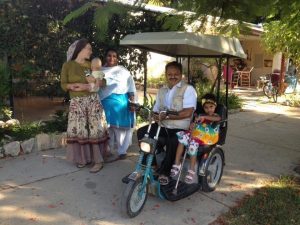 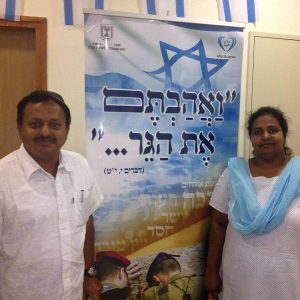 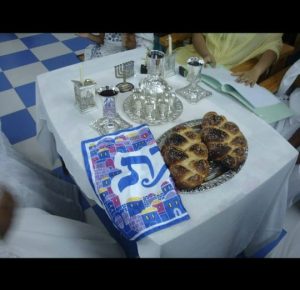 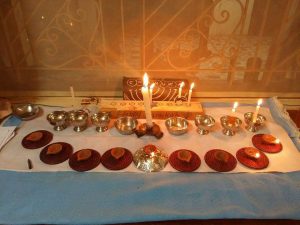 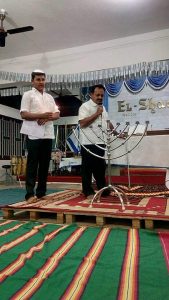 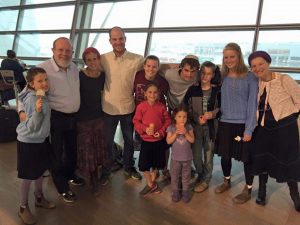 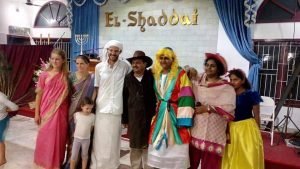 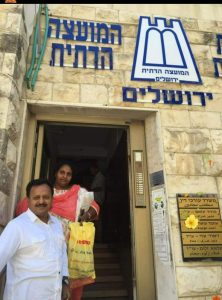