Machon Miriam is a Spanish, Portuguese and Italian language Conversion and Return Institute in Israel directed by the Rabbanit Renana Birnbaum. A big portion of our students are descendants of Anousim, whose ancestors were forced to convert to Christianity during the time of the Inquisition. They hail from a variety of countries, ranging from Spain and Portugal to Peru, Argentina and Brazil. For many of them, undergoing a formal return to Judaism marks the closing of an historical circle, the righting of the grave injustice that was done to their forefathers on the Iberian Peninsula.

Students at Machon Miriam spend a year intensively studying Jewish texts, learning about Jewish history and experiencing the complete cycle of the Jewish calendar. The process of return can often be difficult, touching on deep and highly personal issues such as history, identity and community. So we do our best to ensure that the environment is one that is both warm and understanding.

Students receive different kinds of support, from the beginning of the process. The ulpan helps them to become acclimatized within the Israeli society, and to find an escort family and an appropriate Jewish community close to the student’s house.

The program is approved by the Chief Rabbinate of Israel and is under the supervision of the relevant government ministries. All of our graduates go before a Jerusalem Beit Din (rabbinical court) under the auspices of the Chief Rabbinate, where they undergo a formal conversion or return to Judaism. Since the institute started to work, 8 years ago, more than 700 students have completed the program and cast their lot with the people of Israel. There is tremendous demand for such classes, and we hope to expand the program in the coming years.

Machon Miriam is named after the late Dr. Miriam Freund-Rosenthal of blessed memory, who served as National President of Hadassah and strongly believed in reaching out and helping Jews wherever they might be. It was thanks in part to her inspiration that Michael Freund, her grandson, founded Shavei Israel.

The Jewish people have a moral, historical and religious responsibility to reach out to the Anousim and assist them with their return. Their ancestors were cruelly torn away from us against their will, yet they managed to preserve the spark of Jewish identity throughout the centuries, often at great personal risk to themselves and their families. The least we can do now is to recognize their heroism and dedication, and to extend a hand to those who wish to come home again to the Jewish people. 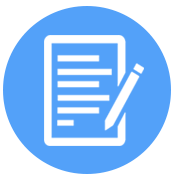 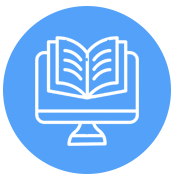 The classes take place twice a week – a total of 8 hours weekly and the course lasts about one year. 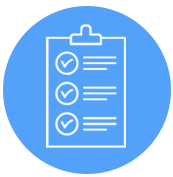 GET SOCIAL WITH US

Learn more about Shavei Israel and participate in our online communities.