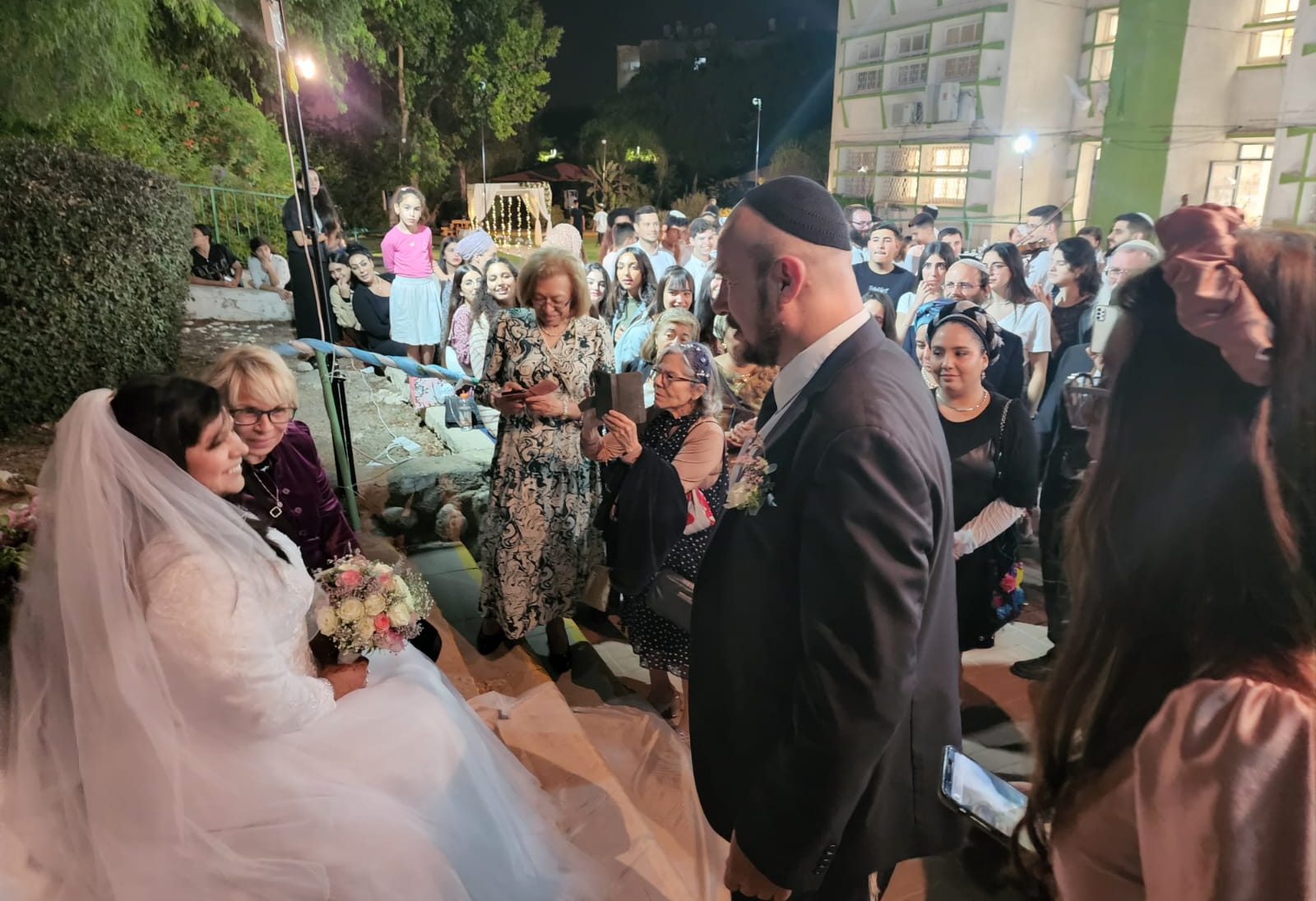 Elisha and Esther Chaya Anaya celebrated their wedding in a beautiful and joyous ceremony in Beersheba, recently. It was quite a long, but rewarding, process that led them there.

The Anayas, originally from Colombia, chose Judaism; despite their Catholic upbringing, and despite the fact that they did not live near any Jewish community.

The long and arduous undertaking involved them doing tremendous amounts of research and effort, a story we published a few months ago. After completing their conversion studies and appearing before the rabbinical court in Jerusalem, Elisha and Esther Chaya, who had been married civilly for years, celebrated their Jewish marriage with a beautiful wedding in Beersheba.

The sweet couple did not expect such an elaborate and joyous wedding party; it was prepared for them by Ulpanat Chen Bamidbar, a Bnei Akiva high school in Beersheba. The school organized and sponsored the entire wedding. The boys and girls at the school are educated to help others and they clearly have learned well. The celebration made the bride and groom feel happy and loved, as righteous converts should feel.

For Elisha and Chaya Esther, their marriage under the Chuppah (wedding canopy) has a very special meaning. Elisha explained, “The Chuppah is over us like ‘a crown’, that crowns the love we feel for each other and affirms our commitment to God to continue a religious life.  Although we have spent years together, our lives have been renewed…” 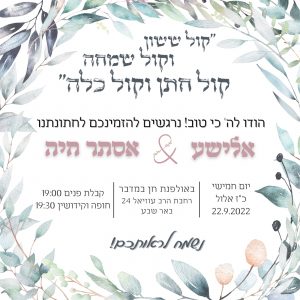 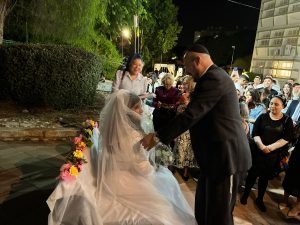 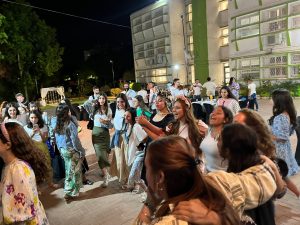 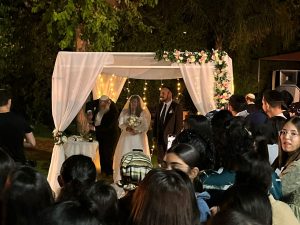 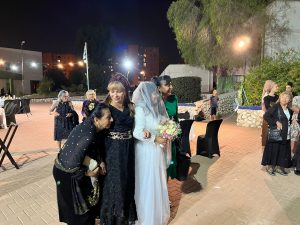 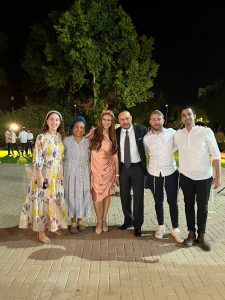 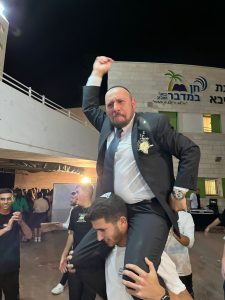 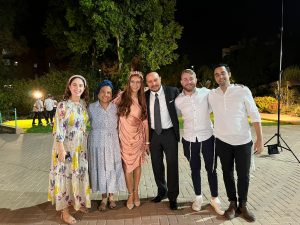 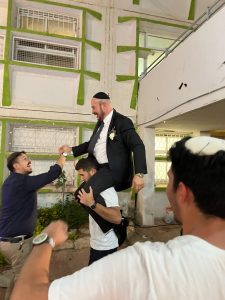 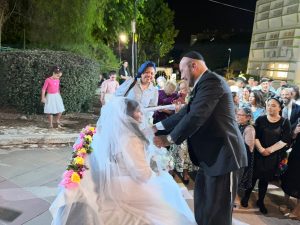 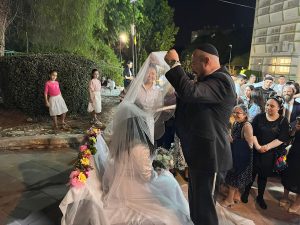 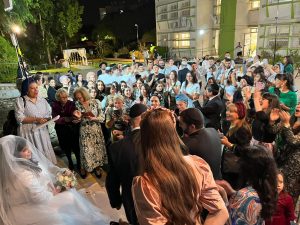 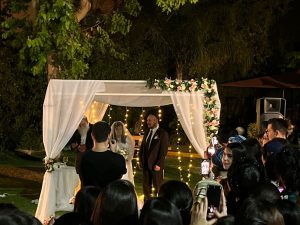 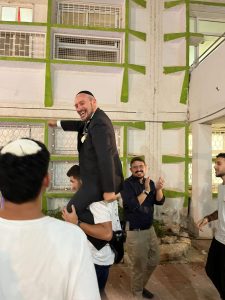 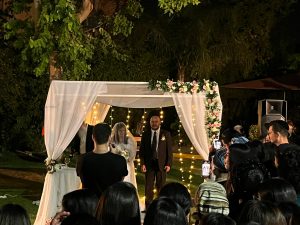 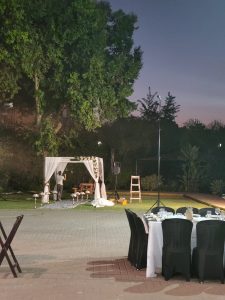 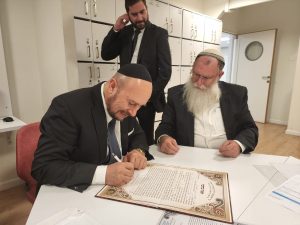 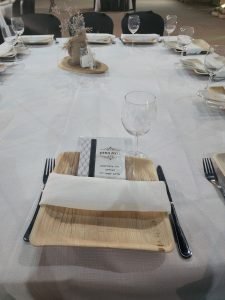 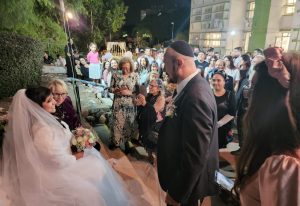 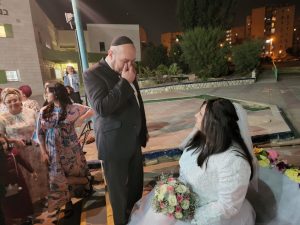 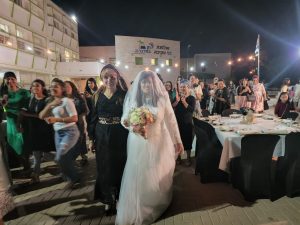 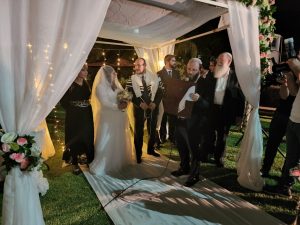 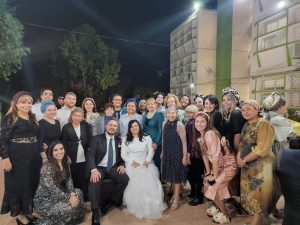 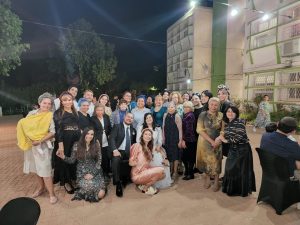 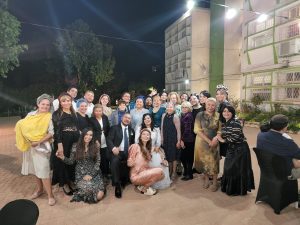 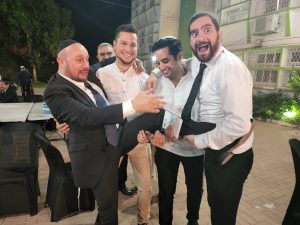 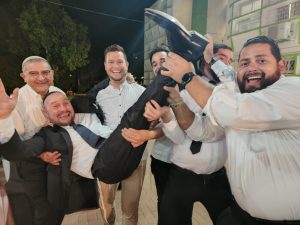