Book Review: ‘The Forgetting River: A Modern Tale of Survival, Identity and the Inquisition’ 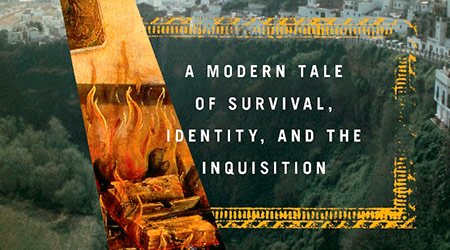 Book Review: ‘The Forgetting River: A Modern Tale of Survival, Identity and the Inquisition’

In Doreen Carvajal’s memoir, The Forgetting River: A Modern Tale of Survival, Identity and the Inquisition (Riverhead), Carvajal discusses her ancestral journey from Costa Rica, her birthplace, to Segovia, Spain to discover her Catholic family’s hidden Jewish roots. In 2019, a documentary directed by Joseph Lovett, entitled, ‘Children of the Inquisition’ premiered. Doreen participated in this documentary along with other descendants of the Inquisition. Her father had admitted to her that he had known that he was Jewish since the age of 6, but wasn’t allowed to speak of it. It was only when she was an adult, while interviewing a rabbi, was she asked if she knew the origins of her name and that it was an old Sephardic Jewish surname. The growing interest in her surname was what initiated her journey into her past. Regrettably, her most famous family member, Luis de Carvajal, who openly practiced Judaism, was burned at the stake in Mexico City in 1596.

Wanting to find out more, she reached out to her great-aunt Luz Carvajal de Llubere in San Jose, Costa Rica, who told her, “Well, as is typical in the Carvajal family, yes, we are Sefarditas, but it’s always complicated.” Even in the 21th century, they were still very guarded and scared of revealing their origins. Carvajal was able to trace her family to Segovia, Spain. As was shown in the documentary and outlined in her memoir, Carvajal found herself in her ancestral city of Segovia, Spain. Equipped with information from family elders, she began her journey to gain more insight into her family’s enigmatic past.

In Segovia, Carvajal met with the premier expert on Sephardic Jewish history, professor David Gitlitz, who recently passed away in 2021, may his memory be a blessing. Gitlitz went through Carval’s family tree beginning with her 16th great grandfather, Diego Arias Dávila, who was converted as a child and grew up in a family who continued to practice jewish traditions. Diego, who lived in the 15th century, was a man of many talents and charm. Through his networking efforts, he became friends with Prince Henry and ultimately became the chief financial officer of the King of Castille, King Enrique IV. During this time, Dávila had a dual identity of practicing Judaism in private, but also going to church publically. He had his own castle and it’s now a tax bureau. Gitlitz accompanied Carvajal to her ancestral palatial home and the nearby synagogue, which the Dávil family likely could have attended, called Antigua Sinagoga Mayor de Segovia, but is now called Convento de Corpus Christi. Diego had a son Juan, who wanted nothing to do with his parents Judaism, embraced Catholicism, and was appointed bishop of Segovia when he was 21 years old.

At the National Historical Archives in Madrid, Gitlitz and Carvajal found transcripts of a 15th-century trial between Juan Dávil and Tomas de Torquemada, the first Spanish Grand Inquisitor. Torquemada brought charges against Juan’s parents even though they had been deceased for years. Around 200 witnesses gave testimony against the family for practicing jewish customs as trite as washing before the shabbat, eating adafina, a slow-cooked stew (a Sefardic cholent) that had been cooked in the Jewish quarter, and eating kosher food. 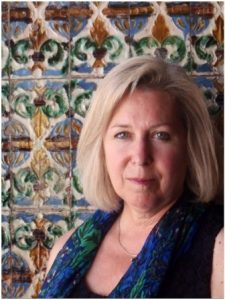 During her research, Carvajal contacted Shavei Israel’s Founder and chair Michael Freund, who explained to her that although Judaism doesn’t believe in proselytizing, the organization exists to support those looking to reclaim their Jewish roots, which has become increasingly more common these days. In the book’s last chapter, Michael Freund invited Carvajal to attend a gathering of rabbis from Israel and the diaspora in the port city of Palma, Mallorca for the purpose of memorializing those who fell victim to a 1691 auto-da-fé. She was ultimately persuaded to go once she heard Michael’s description of the planned memorial. He had mentioned an old catholic church in Palma that was built above the remains of the city’s oldest synagogues and some of the old stones of the synagogue are smooth and discolored because Chueta (descendants of Majorcan Jews) descendants used to to trace their hands along it and kiss their fingers. This description pulled at her heart and Doreen booked her ticket to Mallorca.

When the day of the memorial came, the group walked through Casco Antigua, Palma’s old quarter, passing the ancient synagogue, and ultimately ending with a ceremony. Rabbi Ben Avraham, who was raised Catholic in Mallorca with Chueta background and who later converted, led the ceremony. As part of the ceremony, Rabbi Avraham read aloud the last names of the dead from 1691’s auto-da-fé. Over this trip, Carvajal heard some of the stories of the memorial’s participants who had Chueta roots, relating them back to her own ancestral story. Carvajal connected with Rabbi Israel Wiesel, a judge in an Israeli religious rabbinical court, who was in Mallorca researching the Chueta history and the names commonly found within the community. Ultimately, because of his research, a halachic ruling resulted saying that by and large if a community has remained pure for the last seven hundred years, despite oppression and persecution, they are Jews.

When speaking with the elderly violinist Bernat Pomar,who had converted to Judaism at age 78, she gained clarity on her own conflicting identities, Jewish and Catholic. Pomar explained that he had found out about his Jewish background when he recognized the jewish origins of his name from a book published decades ago. Though he had difficulty explaining why it took him so long to return to his roots and accustomed to the secrecy of his descendants, he was able to express himself through his music, merging themes of Israel, flamenco beats, and the dances of Mallorca.

The righteous shall flourish like the palm-tree; he shall grow like a cedar in Lebanon. Planted in the house of the L-RD, they shall flourish in the courts of our G-d. They shall still bring forth fruit in old age.

Carvajal read these verses in disbelief, taking her great-aunts final message to the world, the traditional sabbath prayer, the song for the day of Shabbat, as a sign confirming her research and beliefs of her ancestor’s Jewish identity. In an article written by Rahel Musleah for Hadassah magazine in 2015, Carvajal said, “Now that I understand what happened, I treasure the perseverance of my ancestors to protect their beliefs,” Carvajal says. “When I face my own struggles, I think of what they achieved.”