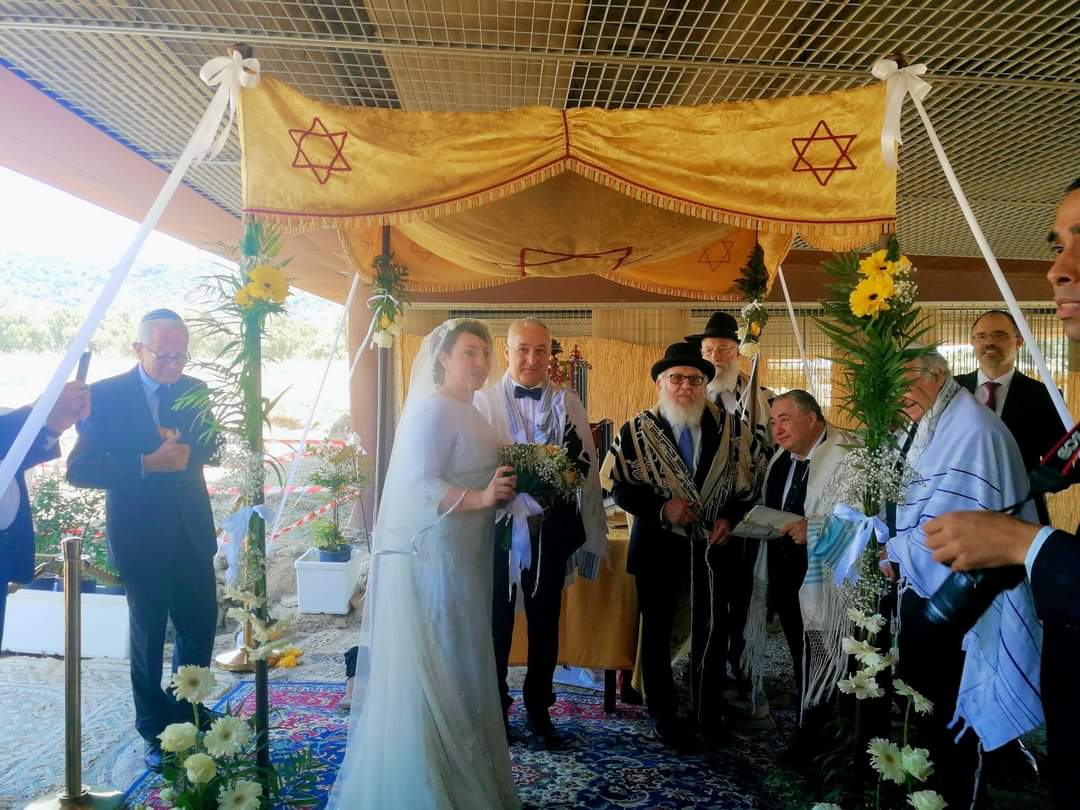 Roque Pugliese, a Calabrian Jew, tells the reality of Jews in southern Italy: a mix of tenacity, crypto-Judaism and love for Israel.

Doctor Pugliese, what does it mean today to be a Jew in southern Italy?

You must understand that the crypto-Jews in the south have lived in hiding for centuries, doing Shabbat “in the cellar”, that is, in the most difficult conditions. Southern Jews over time lost their books, teachers and the use of Hebrew, so they switched to a unique dialect. Yet somehow they persisted. Here, so to speak, we are used to being alone, we have our kosher traditions and our Jewishness, we buy meat from Rome, when someone comes to visit us it is a celebration for us. And now, after about five centuries, we can finally emerge and come back into the open. For example, I go around with a kippah, I am proud and happy to be a Jew in these lands. This is why I wanted to get married in the synagogue of Bova Marina, which had been closed for 1700 years. Sure, we miss praying with a minyan (quorum), we miss a community a lot, however we are trying to work to build the community again. I must say that we can count on the local authorities, who understand us and consider us an important and integrated part of the resident culture.

Recently, there has been an important initiative in SM del Cedro that proves this. Can you tell us about it?
It was a project we had been hoping for for a long time. Many mayors were present at the initiative, and this gives an idea of ​​the attention towards the southern Jewish reality and the Calabrian Jewish roots. It was not only a question of developing Jewish tourism in the south, which is certainly important, but also of pursuing a broader perspective.

Meaning what?
In SM del Cedro there were key institutions for the project: the Governor of Calabria, with the important work of Klaus Davì, who amplified and brought together the various aspects of Jewish southernism, then the UCEI, the Jewish Community of Naples and the Ambassador of the State of Israel. The intent was to boost a stagnant regional economic system. The result was precisely the conference, which led to the possibility of starting a cultural and economic collaboration in several sectors. I must say that being able to bring Israel and Calabria closer is incredible, especially after years of work and sacrifice. The role of the President Noemi Di Segni and of the Vice President Giulio Disegni, with responsibility for the South, were decisive in giving synergy to the forces deployed. After all, think, for example, that during the first pandemic wave of Covid we gave masks in hospitals and law enforcement agencies with the Magen David symbol. Our contribution as resident Jews to critical needs has been concrete. We also work constantly in schools, and we have taken kashrut courses, spreading the basic principles: some students have presented their thesis on Kashrut in the state exams. The result of the conference in Santa Maria del Cedro was therefore very positive. Sensitive points have been touched and we are very happy because we now expect Israel to be willing to collaborate on an economic development plan. Ambassador Dror Eydar immediately understood our resident Jewish reality and was happy with the instinctive welcome of the entire region. This makes us proud.

Can you tell me about the local reality of southern Jews?
We, here in Calabria, belong to the Jewish community of Naples, responsible for the whole of the South. In Calabria there are non-registered Jewish residents. We recognize an internal problem: we have few members, yet many are those who look at us with interest and work for Judaism. I certainly couldn’t work alone and then get the results. I could not do anything without the help of these people, animated by the immense love for Israel and for Judaism. These are resources that we should do everything we can to accommodate.

When we talk about Jews and the South, our thoughts go to all those who have tried, in the past, to complete the path of conversion: where are we with that?
There has been a Southern Project for years, which however has been involved in several phases and is often divisive as it has insisted on projecting the centuries-old dynamics of the Communities into a different reality such as the Southern one, which has specific peculiarities. The project has 2 sides: the one curated by the UCEI and then there is the religious aspect, on which I cannot enter, of rabbinic competence. I would like to say that the UCEI has always given us a hand, it has understood our suffering. As well as the president of Naples, Lydia Schapirer and the vice president Sandro Temin, who acted with understanding of our work. However, at the moment, to tell the truth, most of those interested in returning to the roots have been forced to leave without results.

Why, in your opinion?
It seems to me that this is due to a position taken on the southern converts to Judaism, motivated by the fact that there is no local community here. Which does not mean that these people have lost interest, only that they have ultimately chosen other paths.

For instance?
Many have obtained the conversion abroad, others with various associations. Some today are Orthodox Jews; however, it must be said that many are welcomed by Conservative and/or Reform. It is clear that if we do not give a concrete offer, other realities come forward. And so those who want to go back to their Jewish roots go where they get the hope of succeeding.

Are reforms a “competition” felt in the South?
There are reform communities that welcome, while we do not give concrete answers. They have a very different local reception system from ours and respect territorial identities. These realities have tried to make contact with local institutions, we try to do everything possible to represent the Union, but objectively it is sometimes difficult in these conditions.

How could this issue be resolved, in your opinion?
In general, people cannot be brought from communities if local problems are not accepted and resolved in an aggregative and non-divisive way. The reality that needs to be understood is that people here really feel their Jewish heritage as the expulsion of Jews in the 15th century resulted in the phenomenon of crypto-Judaism and with it a large pocket of cultural resilience. It is a world that must be understood and accepted in order to work in it.

‘Marranism’ and crypto-Judaism are phenomena present in other parts of Europe where the question has been addressed in a different way. In Portugal and Spain they have addressed the problem with national laws that favor the return, in agreement with local Jewish institutions. Shavei Israel also works very successfully in that world, aggregating the Bnei Anousim. With them we talk about “returns”, not conversion, this is to say that the sensitivity is different from that used in Italy, leaving out the technical data. If the problem is framed as conversions, and not as part of the Jewish heritage, the right solution will never be found in the south, which has its own different specific territorial history. The south has had the phenomenon of the Ezra Israel expulsion edicts… Bnei Anousim then. Portugal and Spain have satisfied the request for return, and have also enriched those lands; we, on the other hand, have not chosen such solutions and continue to be a little… invisible.

What future projects are you working on now?
That of Santa Maria del Cedro was the hoped-for culmination of years of work, materialized with the commitment of the Region that shares our residential reality. I consider it a first step for future projects, which we are now directing towards greater collaboration with Israel, the UCEI and the Community. For example, we dream of seeing the first mechanically printed book of Rashi’s commentary come back, at least temporarily, made here in Calabria, because it is our heritage. It would give dignity to our past and… present, mending the will of a region to regain possession of its own history. We have the will to rebuild our history, which has been erased, reset, under the control of the Inquisition. We need to shed light on all our historical artifacts and revive them in a renewed spirituality: to bring out these Jewish latencies and sparks of life. Here in Calabria there are excavations on Jewish tombs to be unearthed, but resources are needed.

We will continue to keep alive to the students the memory of what were the aberrant Racist Fascist laws that created in Calabria the internment camp of Ferramonti di Tarsia, a fascist internment camp, where many Jewish internees then contributed after the liberation to lay the foundations of the new State of Israel. And then we would like to publish the history of the Calabrian cedar, according to the vision of experts who have collaborated in our initiatives. For the rest we will continue to do the public lighting of the Chanuchiot, the days of culture, our Shabbatot…. our “resilience”. 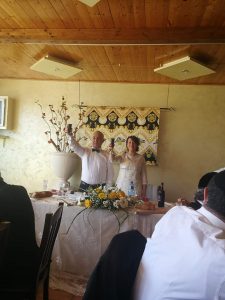 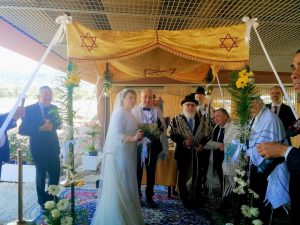 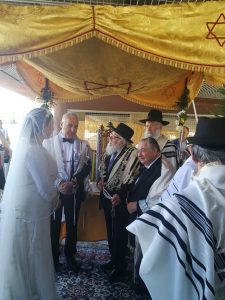