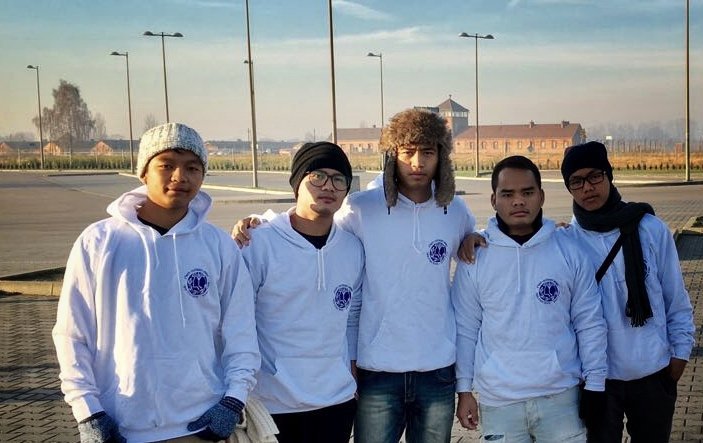 Five teenagers from the Bnei Menashe Jewish community visited Auschwitz as part of a trip for 12th-graders aimed at educating them about the horrors of the Nazi genocide against the Jewish people.

The five boys who made aliyah from the Indian state of Manipur in 2012 and 2014 with the help of Shavei Israel studied at the Abir Yaakov high school in the northern Israeli town of Nahariya.

Visiting Poland to learn about the Holocaust in the place where it happened is a regular part of the Israeli high school curriculum with thousands of students making the one-week trip each year. However, this is the first time a group from the Bnei Menashe community has joined in this Israeli coming-of-age experience.

“I feel more connected to Judaism having learned about the Shoah,” said Yaniv Hoinge, using the Hebrew word for the Holocaust. “It actually gives me a stronger feeling of love toward Israel. The Holocaust makes Israel even more important to the Jewish people.”

Hoinge is from Churachandpur and made aliyah in 2012 with his parents. The other boys who flew to Poland this week are brothers Obed and Simeon Lhouvum from Gamgiphai, Manipur, who also came to Israel in 2012, and David Haokip and Tzion Baite who arrived in the country in 2014 with their families.

Abir Yaakov is a boarding school. The boys’ families live in Migdal HaEmek, Acre and Ma’alot, all communities where Bnei Menashe immigrants have settled in the last four years since the aliyah from India resumed.

The Abir Yaakov high school group landed in Katowice and stayed the first night in Krakow. They visited the Auschwitz and Birkenau concentration camps on their second day. Shabbat was spent in Warsaw which included prayers in the city’s Nozyk synagogue and a tour of the Warsaw Ghetto.

The group also visited ancient Jewish gravesites and two other death camps – Treblinka and Majdanek – during the trip.

“During the Holocaust, the Germans and their collaborators murdered millions of Jews at Auschwitz, including members of my family,” said Shavei Israel Founder and Chairman Michael Freund. “As part of our efforts to help the Bnei Menashe to return to the Jewish people after being cut off for 27 centuries, we view it as essential to instill them with a better understanding of the horrors of the Holocaust and its central place in Jewish history.”

Freund added: “The struggle for Jewish survival is something that resonates strongly with the Bnei Menashe, for they faced enormous adversity over the centuries and still managed to cling to the faith of their ancestors. That is what makes this visit of Bnei Menashe youth to Auschwitz so poignant and meaningful, because it underlines the power of Jewish destiny and the indestructible spirit of the Jewish people.”

The Bnei Menashe are descendants of the tribe of Manasseh, one of the Ten Lost Tribes exiled from the Land of Israel more than 2,700 years ago by the Assyrian empire. So far, some 3,000 Bnei Menashe have made aliyah thanks to Shavei Israel. Another 7,000 Bnei Menashe remain in India waiting for the chance to return home to Zion.

Here are a few more photos from the group’s trip. 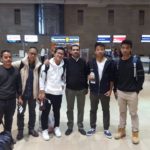 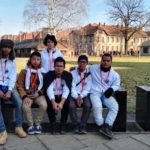 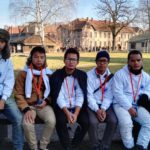 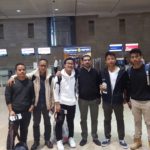 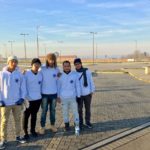 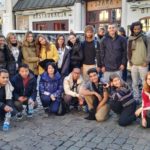