Jewish refugees from Ukraine: What it means in Poland 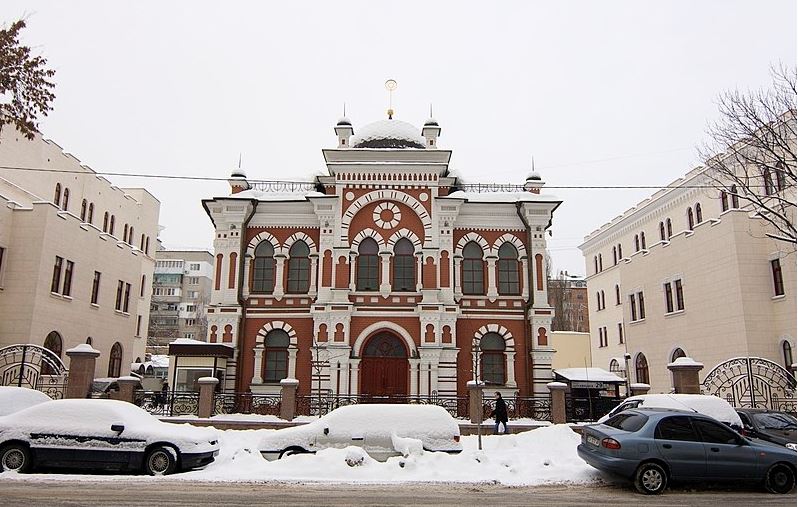 Jewish refugees from Ukraine: What it means in Poland

Posted at h in Features, Hidden Jews of Poland: Featured Articles, In the News by
0 Likes
Share

My name is Yehoshua Ellis. I live in Poland where I work as a Rabbi with the local Jewish community, and I’ve been interested in Ukraine since Putin’s last invasion. I was invigorated by President Volodymyr Zelensky and the mandate he won in 2019. I told him so when we met in Krakow in early 2020.

Here in Warsaw we don’t have a front row seat to Putin’s latest atrocity, but we are dealing directly with its spillover. At the time of this writing, more than a half million refugees have fled Ukraine – with over half of them crossing into Poland. From the moment this war began we have been busy moving necessary supplies into Ukraine and moving people out, especially Jews.

As a student of Mitteleuropean history, this invasion scares me greatly. The last time Europe saw something like this, twenty million people died on this side of the Atlantic, and don’t get me started on what happened to the Jews. Our situation is remarkably different this time.

While there are already thousands of Jewish refugees from Ukraine, they are refugees because they are Ukrainian – not because they are Jewish. This is a new development and an entirely positive one. When the data is collected from this migration we are sure to see that Jews are overrepresented as a percentage of refugees compared to their share of the Ukrainian population. This reason Jews are leaving in greater numbers is because we tend to be more mobile, and not because Jewish businesses and properties are being specifically targeted by the belligerents.

Jewish refugees are in a better situation than their non-Jewish contemporaries. Ukrainian Jews have a place they can settle permanently, Israel, where they have familiar and tribal bonds. The Jewish Agency is working hard to ensure that potential immigrants are provided for while they wait to fly to Israel from Poland. The JDC is providing psychologists and the Jewish Community of Warsaw along with a myriad of Polish Jewish organizations are organizing volunteers and professionals to assist these Jews, as well those who don’t want to move to Israel. Throughout Europe there is a broad network of local and international Jewish organizations mobilizing to help everyone, especially Jews.

Our community is working to care for their Jewish needs as well. We are working to organize Ukrainian/Russian speaking Rabbis to come read the Megillah and provide holiday programming for Purim. We have upped our Matzah order, and we are buying Hagadot in Russian. We don’t know what this war will bring next, but we do know that the holidays are on the way. In these projects we are indebted to the generous assistance of the whole Jewish world including World Mizrachi.

Ultimately this crisis says much more about Ukrainian Jewry than world Jewry. I don’t doubt that Antisemitism is alive and well in Ukrainian society and that the indignities might be daily. I get it. I live in Poland. Still the level of acceptance and integration of Jews into Ukrainian society is remarkable. After all, the main hero emerging from this crisis is Ukraine’s President Zelensky, a Jew.

The situation of Ukrainian Jews clearly demonstrates that Ukraine is creating a democratic society based on citizenship, this is an example the whole world should learn from. This is what makes Ukraine such a threat to Putin and the reason that the free world needs to do all that we can to support it. The war being fought in Ukraine is for the soul of the world and international law, but it is also the battle for a small country that believes in the value of democracy, citizenship and the rule of law. These are the values that have allowed Jews and Jewish life to flourish throughout the world and the values that we need to defend at all costs.

Rabbi Yehoshua Ellis has been Shavei Israel’s emissary in Katowice, Poland. We have committed to help raise urgently needed funds for the growing number of refugees. Anyone who wishes to help the Jewish refugees from Ukraine in Poland is welcome to make donations here and we will direct the funds toward kosher food for Jewish refugees, transport for refugees from the border, and medicine/personal need for the refugees.