Why we chose Judaism

Why we chose Judaism

The Bissato family, Yehoshua, 45, Chana, 36, and their daughter Leah, 7, came to Israel from Caxias do Sul, Brazil, but their journey was much more than a trip on a plane. As former pastors, their bible studies actually led them away from the teachings they grew up on and onto a path that led to Judaism. They have been looking for a conversion process for eight years and are excited to finally be in Israel and commence this final leg of their journey to Judaism. Here is their story:

“From the moment we got to know Judaism, seven years ago, we started to admire the Jewish people, their way of life, festivities, and their reverence, fear and respect for G-d and the Torah. Once we knew a little more about the Torah, we decided that the G-d of Israel would be our G-d, too.

“As time went on, we got deeper into our studies and found that the Jewish people were different. There was an alliance, made through Abraham, passing through Isaac and Jacob. After having gone through many tests and demonstrating a great submission to fulfill the will of the Creator, Jacob received the title “Israel” [which can be defined as] “yashar El” or direct with God. And with this, the function of studying and transmitting the Torah to humanity.

“Consequently, the Children of Israel received a greater responsibility, a new spiritual situation, and the yoke of the entire fulfillment of the Torah. We realized, that although we were from another people, we wanted to be part of this people, the People of Israel. We decided that we would leave our people, our roots, even though we knew how much effort we would have to make, and also that we would face many difficulties, even persecutions, as the Jewish people suffer, anti-Semitism and gratuitous hatred.

“Even though we were aware of all this, we remained firm in our decision, in our goal, and we wanted to be part of this people, to be “Israel”, to convert and to become Jews by taking responsibility for keeping all the commandments, laws and customs, honoring Abraham’s covenant, receiving the yoke of the Torah and serving God.

“From then on we started to study and to fulfill the mitzvot (commandments): eating kosher, keeping Shabbat, keeping family purity, fulfilling the requirements of the holidays, doing daily prayers and blessings, perfecting ourselves every day in halacha (Jewish law) and being aware of the importance it has in our lives, from the moment we wake up and in everything we do.

“In fact, we feel that now it is as if we are “coming home”, returning to our true roots. We love Hashem, the Torah, and the Jewish people. We do not imagine ourselves living in any other way, except as Jews. We decided to carry out our conversion process at Shavei Israel’s Machon Miriam, as it is a serious organization and committed to helping those who want to convert, becoming part of the Jewish people. G-d willing, we will be able to reach our goal. Hashem is our G-d, Israel is our land and the Jewish people is our people.” 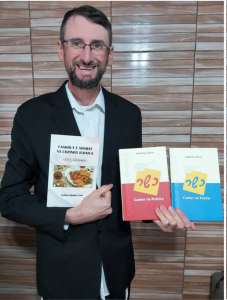 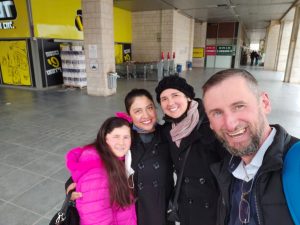 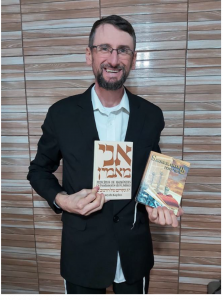