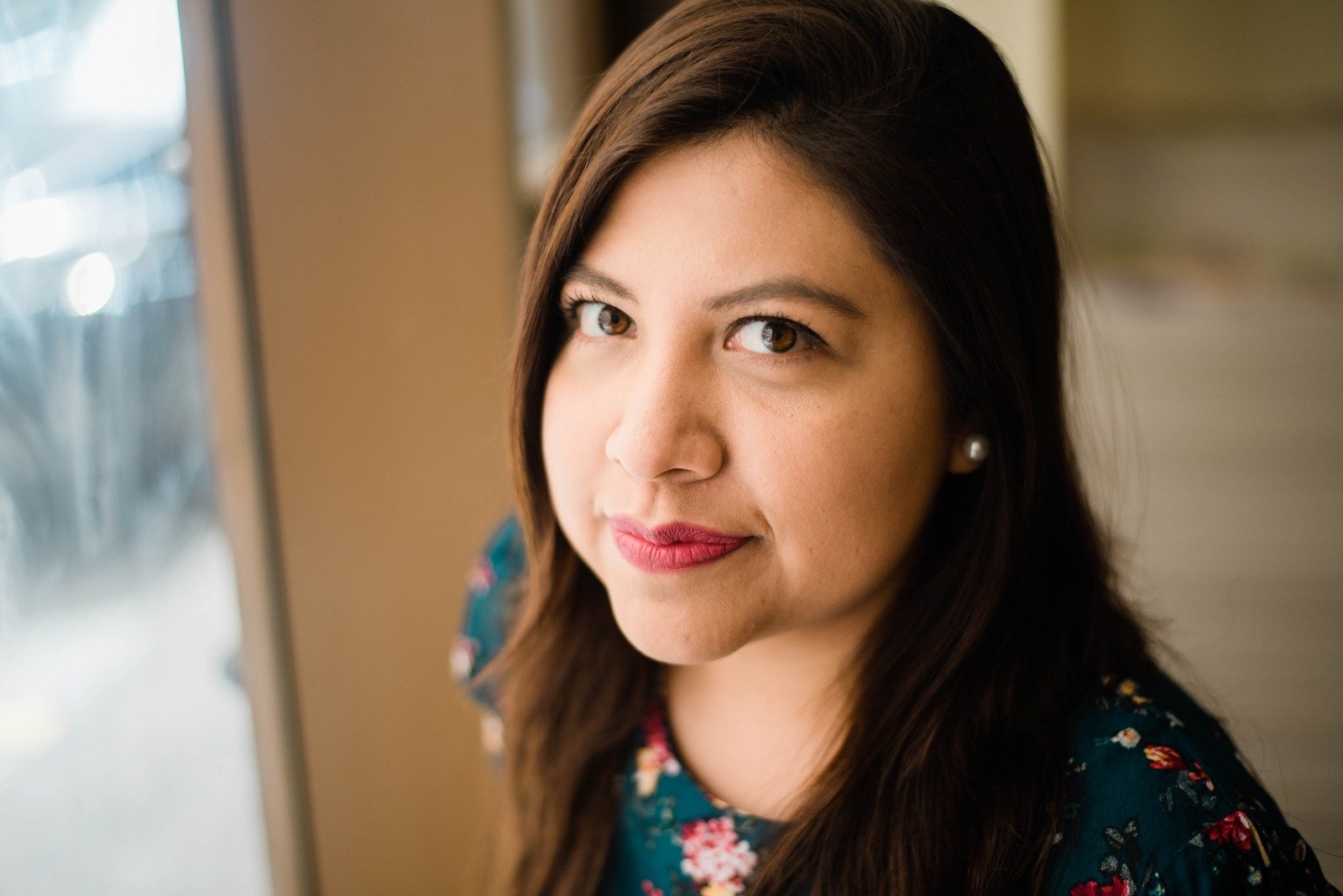 Where I Truly Belong

Many people ask me why I emigrated to Israel… That I come from a beautiful country and had everything I needed, what encouraged me to make that crucial decision? To which I usually respond with a big smile: “In short, there is no place like Israel!”

I’m 30 years old, now. I was born and raised in Puebla, a city next to Mexico City.

My father is a Christian, and my mother was not. My parents got divorced when I was a small child. Most of my childhood, I had mainly been close with my father’s family.

When I was fifteen, I started spending more time with my mother’s family. They were different than all the other families in the area. They didn’t work on Saturdays. They didn’t go to church.

My mother always taught me about how there was only one God. She taught me to have faith and encouraged me and my siblings to read the Tanach, This she learned while she was being raised by her uncles since her mother passed away when she was four years old.

My great-grandmother’s last name was Valencia. She came to Mexico from Valencia, Spain. We believe that she was a Jewish woman. We have no records to prove it. No birth records for any of her children, anywhere. No paperwork, or documentation. Just the stories that we heard growing up, and the undeniable fact that my mother’s family seemingly always kept the Jewish faith. Yet she never explained why or where this belief system came from. She never called it Judaism, but we believe that she was born Jewish.

They observed certain customs such as wearing modest clothes and women wearing only skirts; unusual in a secular environment they use to celebrate Shabbat on Saturdays in contrast to most other people. They had a special pot for milk and were strictly forbidden to consume pork and seafood.

We all went to school with Christian children, and she made it clear that though we should respect them and their faith, we were different.

When I was a child and my friends or father’s family had events in their churches, my mom always was hesitant to let me go. She would say, ‘It’s better that you don’t go.’ But I never understood why. I would go, because I wanted to be there for my friends and my community, but I knew I was never there because of observing the Christian faith.

In Puebla, there was no Jewish community.

I knew I felt different, but I had never seen a Jewish community to know where I truly belonged.

At the time, though I knew my extended family was going through the process and were planning on making aliyah, I was not sure of it myself. I was coming to terms with who I really was and where I truly came from. The question was, did I want to commit to that identity?

I could have just chosen to be a Noahide. I could have believed in one God, and kept the sheva mitzvot bnei noach, and lived a good life.

I was afraid. I was fearful of leaving everything I knew, behind. I was learning new things, and I was processing what they meant. I was trying to understand what it would mean to keep all the mitzvot. It felt like an extreme change. You can believe in a faith, but the style of life was very different. I never spent time in a Jewish community. It all felt so foreign…

In the end I decided to choose to live for the rest of my life as a Jew.

I did a full conversion here in Israel.

I sat with seven rabbis from Bnei Brak. My rabbi was with me and helped translate for me.

I was so scared. I didn’t speak Hebrew. They asked me questions about chagim, kashrut, Shabbat, the 13 principles of faith.

I knew all the answers and I passed their examination.

The Mikvah was very nice. It was a special experience. Though it has been eleven years, I remember that I cried.

I had a mix of emotions afterwards, but at the end I accomplished my mission. That from now on, I can start to live. That I can be who I really am.

I needed to convert again. This conversion was not recognized by the state. Only the Chief Rabbinate of Israel is allowed to convert people, and have their status be recognized by the state. I was already Jewish, but in order to make aliyah, I needed to do it again through the Chief Rabbinate. I knew in advance, but it was important for my family that I do it first through the Beit Din of Bnei Brak.

My process was finally finished.

I was so excited to start my new life.”

One day, I got a call from someone from Shavei Israel asking me if I wanted to work for them. I had always wanted to work with aliyah and olim. I was happy where I was, I was promoted where I was, But my passion was to help olim and to share my experience.

I had three interviews, and there were seven candidates.

So now I work with their conversion ulpan. I work with the people who are coming here not only from Spanish and Portuguese speaking countries, but also people who want to make aliyah from all over the world. I manage their cases and their paperwork. Since I’ve done it myself, and I know exactly what it is like, I know how to help and guide them.

This past year, I had more family members come to Israel from Mexico. It was I, who managed the process for them, through Shavei Israel.

It was so hard. The bureaucratic process is so difficult. You don’t always have the answers when you want them, you have to wait till the committee decides. They had to wait six months to find out whether or not they could convert.

I helped them translate their documents, and get their recommendations. I collected a copy of the teudat zehut of all our family members here to help recommend them to the committee. Sometimes the committee says no. They don’t find the candidate a match to the process.

I understand why everyone can’t be accepted, though it is hard. I have seen cases where people ask to convert because they want to come here for other reasons. They don’t end up keeping the religion, or they want to come to Israel to start a business. Not everyone is doing it for the intended reason, of wanting to be a Jew.

But this time they said yes, and I believe that our family’s support and advocacy assisted their acceptance.

Thank God they finished. They will be making aliyah soon.

Now I have family living in Be’er Sheva, Ashdod, Ashkelon, and Jerusalem. We have over thirty family members here now. Uncles, aunts, cousins; whole families getting married, having babies and growing here.

It’s incredible to be a part of this new chapter in my family’s history.” 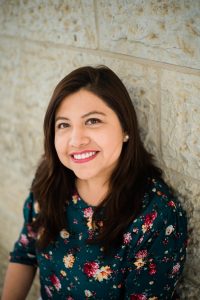 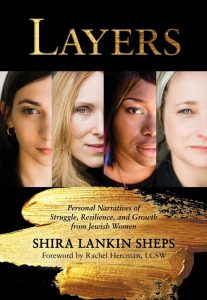 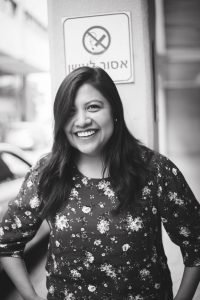 These are excerpts from Chaya’s Story: Discovering My Roots- a chapter of the new book, “Layers: Personal Narratives of Struggle, Resilience, and Growth From Jewish Women” published by Toby Press, written by Shira Lankin Sheps of The Layers Project Magazine.
Chaya works at Shavei Israel as Director of the Bnei Anousim & Hidden Jews of Poland Departments and of our Ma’Ani Center.
Read the rest of Chaya’s story and so many others in this special book.
To purchase your copy of the book from USA, Canada, and worldwide- click here: https://korenpub.com/products/the-layers-project
To purchase your copy from Israel click here: https://korenpub.co.il/products/layers
Use the code ‘Shavei’ for 10% off!