The incredible story of the synagogue in Covilhã, Portugal (Shaarei Kabbalah) 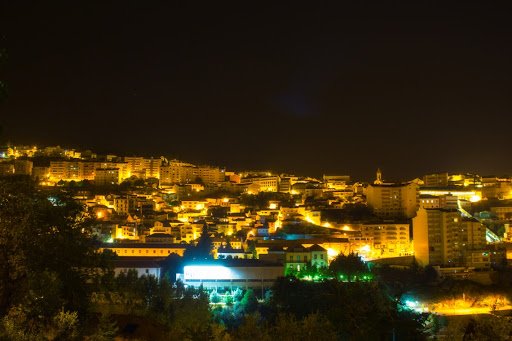 The incredible story of the synagogue in Covilhã, Portugal (Shaarei Kabbalah)

Posted at h in Bnei Anusim, Communities Around the World, Features by
0 Likes
Share

Every time I research or study about Jewish Portugal, I’m impressed that I always find a new surprise. A new discovery! There are many mysteries and secrets yet to be uncovered. I ask myself: Why do we know so little about the Jews of Portugal? Why was the history of the Jews of Portugal forgotten in the Jewish history books?

I want to tell you the incredible story about a lay community in Covilhã, in the region of Beira Interior, at the foot of the Serra de Estrela in Portugal. The name Covilhã points to an origin connected to the production of wool in remote times of the city’s history.

We know that a Jewish community in Covilhã has existed since the 12th century and up until the prohibition of Judaism in Portugal. In the 15th century, it was considered the biggest and most important community in the Beira Interior region. It was actually considered one of the largest and strongest communities in the country—not only because of its contributions to the development of Portugal’s economy and science field but also because of the number of distinguished names that left a mark on the country’s history.

Examples of Covilhanese Jews linked to the epic of the Portuguese Discoveries and its maritime expansion: Mestre José Vizinho, Cosmographer of D. João II; Rui Faleiro, creator of the circumnavigation trip of Hernando de Magallanes; Francisco Faleiro, great cosmographer at the service of Spain, author of the Treatise on the sphere and on the art of navigation; Pêro da Covilhã, explorer and preparer of the sea route to India, as well as the famous João Ramalho, the first pioneer in Brazil.

The old Jewish quarter of Covilhã was located within the protective walls of the city, and today it is located on the streets of Rua das Flores, Rua do Ginásio Clube, Rua da Alegria, Beco da Alegria, and Travessa da Alegria. Many researchers believe that the old synagogue of Covilhã was located on the current street of Rua das Flores. The Jew’s houses were, as is common in the Jewish quarters of Portugal, of two floors: they lived upstairs, and downstairs was for business. The main occupation of the Jews was artisan work and trade, particularly with wool.

Parting from the 16th century, the history of the Jews of Covilhã became, as in all of Portugal, a saga for the survival of their culture and religion. This was a time in which thousands of new Christians were accused of so-called Judaizing practices and condemned by the executioners of the Inquisition.

In the 20th century, the new Christian Captain Artur Carlos de Barros Basto appeared, decorated with merits for bravery in the defense of Portugal in 1919. He arrived in Porto and understood the need to create the rescue movement for the new Christians who had survived for four centuries at the time. Captain Barros Basto’s great life project was to help the new Christians of Portugal to return to Judaism. His leadership and initiative awakened hope in the hearts of a great number of people who claimed to be descendants of Jews forced to convert in the 15th century. These people, the crypto-Jews, claimed to still maintain some Jewish practices and rituals in the secret of their homes. They began to participate in the religious services carried out by Barros Basto, first in Porto and then in various towns and villages in Trás-os-Montes and Beiras, all the way to the city of Covilhã.

A unique event, forgotten in the Jewish history of Portugal, happened In Covilhã. On May 4th, 1929, at the initiative of Captain Barros Basto, several families of new Christians met at the home of Mrs. Amélia Fernandes, a crypto-Jew faithful to the Jewish rites taught to her by her parents. It was at this moment that the historical decision was made to build a synagogue in Covilhã.

On October 30th, 1929, a synagogue called Shaarei Kabalah (“The Doors of the Accepted” or, as some translate it, “The Doors of Tradition”) was inaugurated. Hundreds of crypto-Jews from Covilhã and the wider Beira region began to participate in the synagogue’s services and meetings. This was a rebirth and ray of hope for the possibility that hundreds of new Christians would return to Judaism.

This hope was almost crushed when the dictatorship was established in 1932. With this, fear of anti-Semitism and religious intolerance started spreading among the crypto-Jews of Covilhã as well as throughout the country.

Their leader Captain Barros Basto had begun to associate with the opposition, and anti-Semitism soon appeared. Barros Basto was persecuted by the army, being placed in places increasingly distant from Porto and Covilhã in an attempt to distance him from the synagogue and the projects he had in mind. Ultimately, he was expelled from the army, and the synagogue of Porto, created at the initiative of Captain Barros Basto, was never opened to new Christians.

Fear continued to spread among the new Christians of Portugal, and, as in the period of the Inquisition, the crypto-Jews once again shut themselves in their houses, in their secular silence, in order to keep the secret and wait for a new opportunity to safely return to Judaism. The Covilhã Synagogue (Shaarei Kabalah) had to close its doors and, since it was no longer functioning, its building was demolished. It was located in the vicinity of the current church of Santiago.

“On October 30th, Captain Barros Basto arrived and, in the afternoon, gave a lecture about Judaism at the headquarters of the Jewish Community of Covilhã. That night the small synagogue was inaugurated, named Shaarei Kabalah by the rescue messenger [Barros Basto]. At the entrance of the synagogue, the crypto-Jews present threw flowers.”
Today, we can still observe a very strong existence of names of the families of new Christians still present in the current families of Covilhã, for example: Mendes, Cardoso, Costa, Pereira, Henriques, Cruz, Dias, Baltazar, Vizinho, Gomes, Ramalho, Nunes, Flores, Franco, Vaz, Pinho, Teles, Faleiro, Elias, Mesquita, Oliveira, Ranito, Benjamim, etc.