Bnei Menashe boxer to get ‘ringside seat’ in the Holy Land 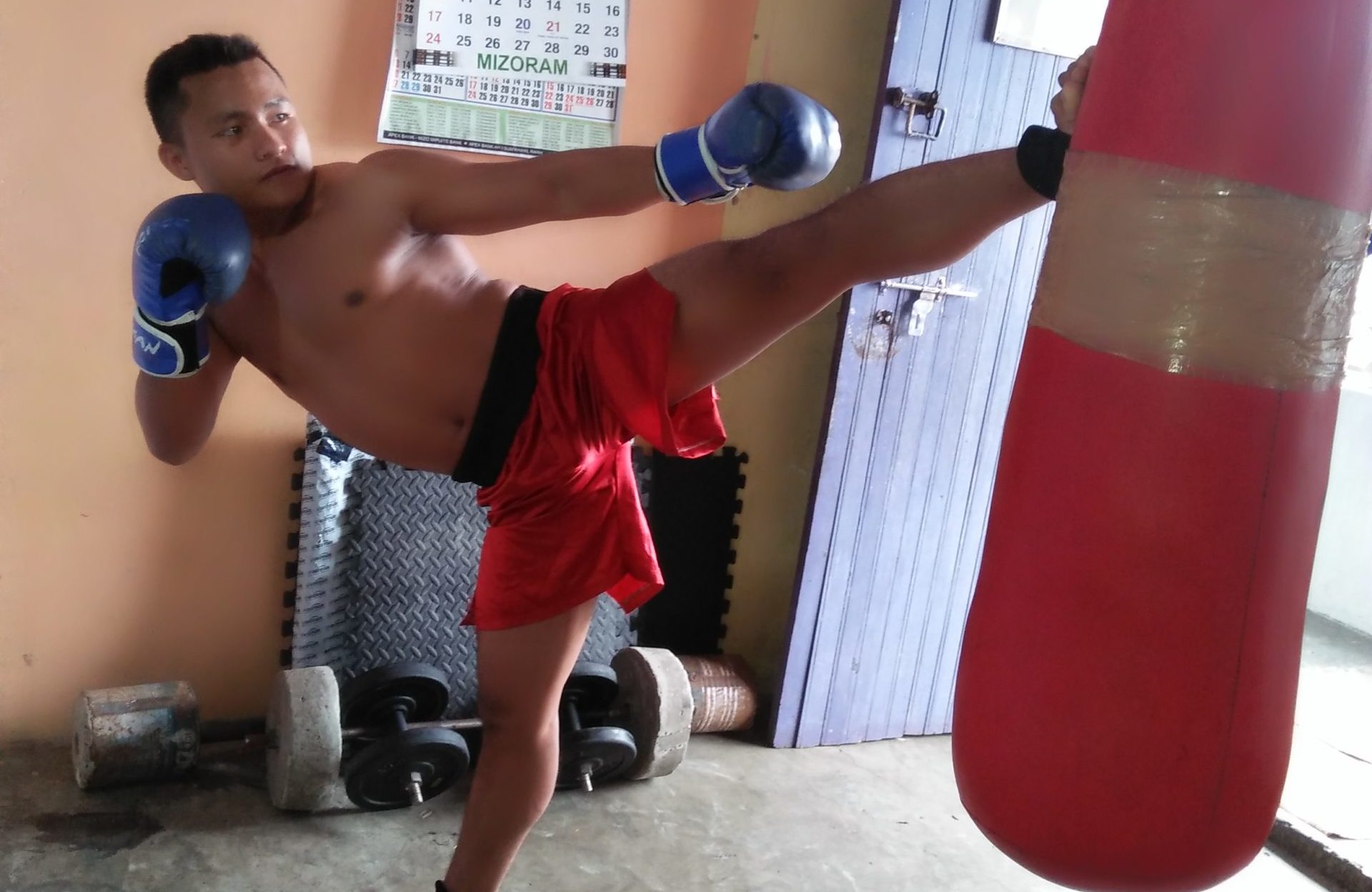 Bnei Menashe boxer to get ‘ringside seat’ in the Holy Land

Gabriel and Rut Hrangchal have been waiting their whole lives to make aliyah to Israel. Originally from the village of Thinghlun in Mizoram, the Hrangchals were the only Jewish family in town until they decided to move to Aizawl, in 2013, to join the Aizawl Community and settle down while eagerly waiting for their turn to make aliyah. Because of the recent decision by Israel’s Minister of Absorption

The Hrangchals have two children. Lucy is married with three children of her own, and is not yet on the aliyah list. Oved, 26, is a martial artist with many competitions and championship matches under his belt.

“I started practicing martial arts from a very young age, maybe from about 6 years old, but without proper instruction,” reports Oved. “I started to compete in state level only in 2014, where I compete in Chinese Kickboxing/WUSHU and secured second place. From this same year I began to study Mixed Martial Arts (MMA) under an instructor.”

Luckily for Oved, martial arts and MMA are fairly popular in Israel and he should have many opportunities once he arrives.

The waiting hasn’t been so easy. The family sold their home and farmlands to make the move, and, while it was important for them to be able to be part of a proper Jewish community, this interim move has been difficult since without the family farm, Gabriel has been left without a proper profession. Being Jewish makes it more difficult to find work in that area since they do not work on the Sabbath and Jewish holidays. While taking leave on these days they often find that they are replaced by someone else.

“While taking leave on Jewish holidays,” Gabriel explains, “we’re often replaced by someone else. So, it is quite difficult to get a decent work. And now we face more problems because of the pandemic as no work can be done, while the house rent and bills have to be paid. If the house rent can’t be paid we we have to move yet again. It can also be challenging for Jewish people to get a house for rent as some homeowners won’t rent to non-Christians. In spite of all these challenges, we patiently wait for the Almighty to take us back to Israel, the Promised Land.”

Oved is also excited. And like other Bnei Menashe young people he doesn’t just want to be in Israel, rather he would like to contribute to the country. “Making Aliyah is something I have been awaiting eagerly. If at all possible I would certainly like to join IDF and would be very grateful for the opportunity.”

And what about his martial arts? Oved hopes to continue his MMA training and competition in the Holy Land, and hopefully continue to improve, particularly his ground work as his strength is currently kickboxing, and even make his mark in the sport.

“If at all possible I would like to compete in the name of Israel.” We hope so too, Oved. We’re rooting for you!

YOU can help Oved and his family, and other Bnei Menashe like them who are awaiting their aliyah dream! Support Shavei Israel.