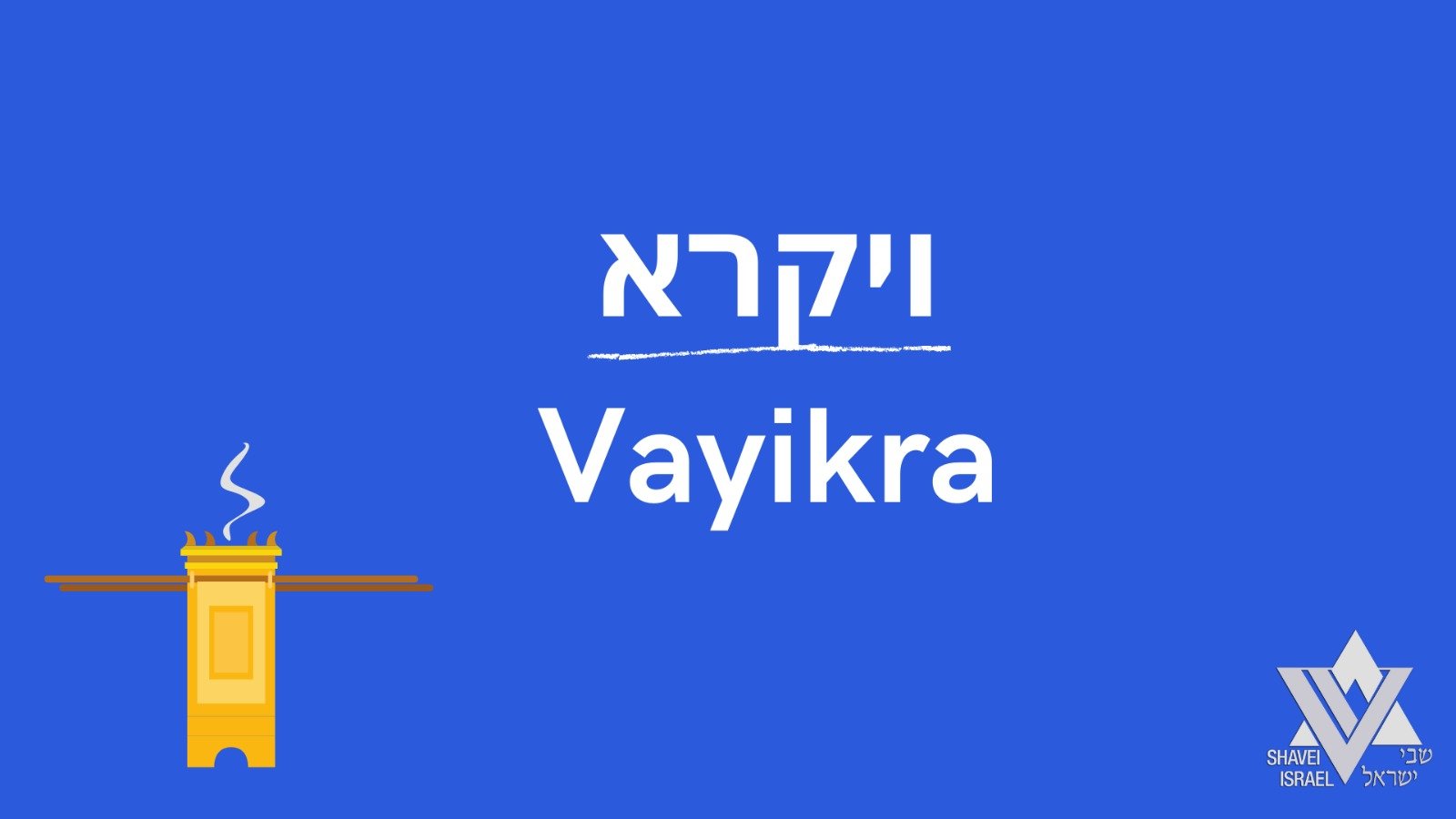 The theme of the parsha is sacrifices.  Different offerings will be required in a variety of circumstances later in the book of Vayikra.  This parsha outlines the rules of those offerings, so that when they come up later, their procedure will be familiar.

The parsha outlines the procedures for: Olah, a fully burned offering, Shlamim, an offering consumed by the cohanim and by the owner, and a Chatat, a sin offering.  In the course of those, the mincha, the flour offering is also described.

1st aliya (Vayikra 1:1-13) And He called to Moshe, and G-d spoke to him.  When a person brings an Olah, it may be brought from cattle or sheep.  If from cattle, the procedure is: the owner places his hands on the animal, it is slaughtered before G-d, the blood is sprinkled about the altar, the fats are burned and the entire offering is burned.  If either sheep or goat, the same is done: slaughter same place, sprinkle blood, offer fats, and completely burned.

The first words of the parsha baffle the commentaries.  No English teacher would allow a student to start a book “And He called to Moshe.”  Who is the he?  Nothing has happened in the book yet that we can refer the he to.  Why begin with “And”?  The Torah is referring back to the previous story.  And continuing it.  At the end of Shmot the Mishkan was completed.  The thick cloud descended, indicating G-d’s presence.  Moshe could not enter the area of the Mishkan due to the cloud.  G-d now beckons Moshe to enter, to teach the laws of offerings.

This interaction frames the book of Vayikra.  In Shmot, G-d descended to us.  He commanded the Mishkan, as a place to meet with us.  He descended and filled the place.  And now?  Our turn.  He approached us.  Now we approach Him.   In Shmot the Jewish people were passive, drawn to Him.  Ordered to make a meeting place for G-d to meet us.  Now, in Vayikra, the Jewish people are the active ones.  So the book begins as a continuation of the last, only now that He has approached us, we approach Him.And that is the meaning of sacrifices; man approaching G-d.

2nd aliya (1:14-2:5) If the Olah is from birds, the procedure is similar: blood sprinkled, organs burned, and completely burned.  If a nefesh shall bring a flour offering, the procedure is: the flour is mixed with oil and frankincense.  The cohen takes a fingers full, burns it on the altar.  The remainder is eaten by the cohanim.  The flour offering may also be baked or fried as a thin matza with oil.

The Olah offering is a sliding scale.  Cattle, sheep, goat, birds, flour.  While the heart may stir one to approach G-d, the pocket may demur.  Rashi points out that when describing the one who is bringing a flour offering, the least expensive one, the Torah uses the word nefesh, as if to say it is the soul, the motivation that lies at the root of an offering.  For some, the flour offering is as big a sacrifice as the bull to another.

3rd aliya (2:6-16) Or one may bring a fried soft flour offering.  In each of these, the cohen brings the mincha offering to the altar, offering a fingers full.  The remainder is eaten by the cohanim, treated as holy of holies.  No offering of this sort may be chametz or with honey.  Only the first fruits offering contain chametz and honey.  The Omer offering is from new barley of parched ground kernels with oil and frankincense.

How can we find meaning in sacrifices?  Let me offering the following; and if you find me guilty of projecting modern thought on the distant past, I will stand guilty as charged.

In life, we experience a plethora of feelings and emotions.  Success brings satisfaction; failure, disappointment.  At times, we feel desperate, beaten down by challenges and uncertainty.  Threats of war or of illness make us feel frantic.  Sin amplifies our vulnerability, bringing a deep sense of worthlessness.  At other times we feel exuberant, blessed, fortunate.  That the sun has shone upon us.  Gratitude, appreciation; hearts full.

The precarious nature of life in the ancient world amplified all these feelings – of both the anxiety of life and its unexpected and the joys of the bounty of success.  And while our world has changed dramatically in how we live, the inner life of man remains much the same.  We may be anxious over different things, but anxious we are.  And joyful appreciation leaps the generations.

An Olah is an offering that is completely burned.  It expresses a complete submission to G-d.  It is brought in a variety of contexts: communal offerings, individual obligatory offerings, voluntary.  But whatever the context, it conveys resignation or submission.  This is indeed a core attitude we have in our relationship with G-d.  It can be paired with joy, with guilt, with appreciation – but at our root, resignation and submission lies at the root of our religious experience.  So when an Olah offering is brought it can be an expression of profound appreciation, but conveying that appreciation with resignation: that it is not my hands that have wrought my success, but that I as a Jew am charged with living hand in hand with G-d.  My success demands an expression to G-d, as does my desperation.  I give my life wholly to Him – both my success and my despair.  This complete resignation is expressed in the olah – an offering completely burned.  As if to say, I am in Your hands.

4th aliya (3:1-17) The Shlamim offering may be brought from cattle.  Its procedure is: the owner places his hands on the head, the cohanim take the blood after slaughter and sprinkle on the altar, the fats are burned.  If it is brought from sheep, the same procedure is followed.  Or if brought from goats.  An eternal law is that no blood or fats may be eaten.

The Shlamim is eaten in Yerushalayim, not totally burned as is the Olah.  As such, it expresses a partnership between man and G-d.  It has a mood of celebration.  Perhaps the joy that at a certain level, while submissive to G-d we also partner with Him.  It is that complexity of human experience, combining both submission and partnership.

This aliya describes 3 sin offerings brought by leaders: the Cohen, the Sanhedrin when it makes a ruling that all the people follow and that they realize was in error, and the King.  True leaders must recognize their roles; they serve the people and they serve G-d.  Papal infallibility is not a Jewish notion; here we assume that the Cohen (the religious leader), the Sanhedrin, (the judiciary) and the King, the political leader will all sin.  And admit their sins.

6th aliya (4:27-5:10) If a person sins inadvertently, he brings a goat as a sin offering.  He places his hands on the head, the blood is placed on the corners of the altar, the fats are burned.  He may bring a sheep; the procedure is similar.  An Asham sin offering is brought for: withholding testimony resulting in an oath taken unnecessarily, unknowingly violating the laws after becoming impure, taking an oath unnecessarily.  A confession is made.  The offering may be brought from sheep or goats.  If the owner cannot afford these, then he may bring 2 birds, one an olah and one a sin offering.

The sin offerings are brought for inadvertent sins.  Sin stains the relationship between man and G-d.  But not all sins are granted the privilege of an offering to grant atonement.  Sinning with gusto demands remorse and a change of attitude; sacrifice does not suffice.

These offerings are required to be brought to the Mishkan and later, to the Temple in Jerusalem.  The experience of the grandeur of those places would generate humility.  Healthy humility, knowing our place as both majestic beings and meek in His presence is generated by the experience of sacrifice in the holy place.