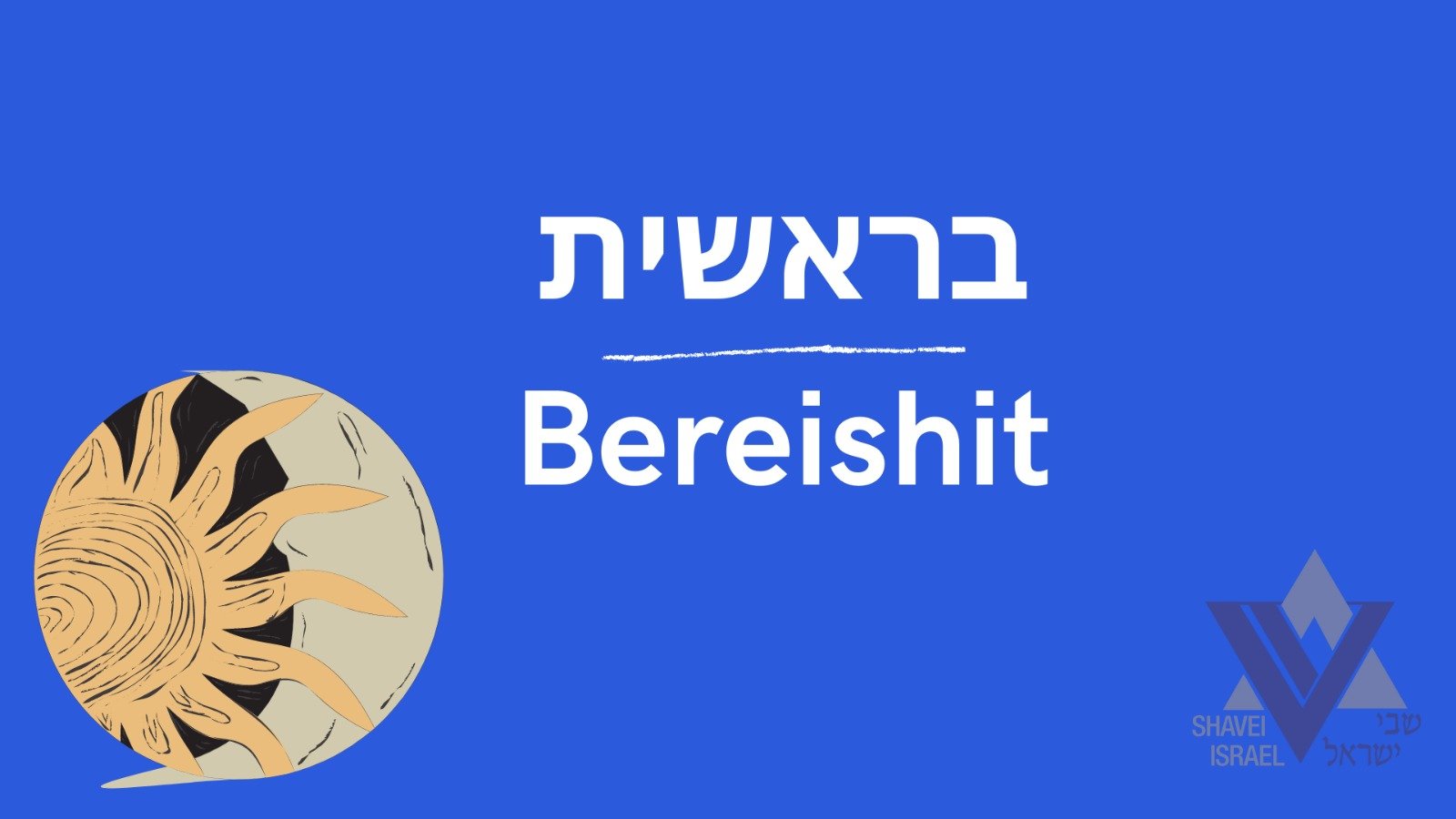 The last Parsha of the Torah covers less than a day – the first Parsha in the Torah spans 1000 years.

Parshat Breishit covers creation, Adam and Eve in the Garden of Eden, Cain’s murder of his brother Abel, and the generations concluding with Noah and the impending destruction of all but Noah and his family.

First Aliya, (Ch. 1:1-2:3).  The story of creation moves from the inanimate – light, earth, seas – to vegetation, to birds and fish, to animals.  And finally to man.  It is a progression, an evolutionary progression, from less sophisticated to the most sophisticated.  Man is commanded to be fruitful and multiply, to subdue the world and to rule over the animals.

Because where He stops is where we begin.  In ceasing, He was passing the keys over to man.  This is a crucial principle of Judaism:  on the sixth day G-d said to man “You take over – rule the world and subdue it” and then to prove it, He rested on the seventh, as if to say, “I mean it – you are my partner – take over.”

The Midrash makes that point – the paragraph of V’yachulu ends with “laasot”.  It does not end like all the other 6 days – it was evening and it was morning, the seventh day.  It says G-d ceased to do.  He ceased to do – now it is your turn to do.

Second Aliya, (Ch 2:4-20).  A more detailed account of the Creation of Man.  G-d creates man from dust of the earth and breathes into his nostrils the breath of life.  He is placed in the Garden of Eden, full of beautiful trees, to work it.  He commands him not to eat of the tree of knowledge or of life.  And declares that it is not good for man to be alone; I will make him a partner.

The language of chapter 2 is in striking contrast to chapter 1.  This creation of man is more like a novel than a science book.  Personality, morality, humility, emotion.  Chapter 1 is the creation of mankind – chapter 2 is the creation of a person.  Adam is created from the adama, the earth, a rather humble beginning.  He is created alone.  That is not good.  He is given a command.  There is good and evil.  He is to work the garden, not rule it.  The animals are brought to him to name.

This is the beginning of man understanding who he is and who he is not.  He is created in the image of G-d, charged with being a partner by G-d.  But he is not G-d Himself.  He is to rule the world, as He Rules.  He is to name the animals, as G-d named the day, night, heavens and seas.  As He is a Creator, man is to be a creator – a creator of life through children, a creator of vegetation through the garden.  On the other hand, it is not good that he is alone – for there is only One who is Alone.  G-d is the Commander, he, the commanded.  Man is to be G-d like, to be creative, to be a namer of things, to take his place as the guardian of the world.  But how far he goes and how far He goes is the topic of the 3rd aliya.

3rd Aliya.  (2:20-3:21) Woman is created.  The serpent convinces Eve that were she to eat of the forbidden fruit, she would be as G-d, knowing good and evil.  She and Adam eat of the fruit and their eyes are opened and cover themselves with fig leaves.  They hide from G-d, Who challenges their disobedience.  All are punished – the serpent will slither, the woman will birth children with pain, and man’s cultivation of the earth will be with sweat.

A richer story of symbolism in Tanach is hard to find.  A speaking serpent, the enticement of beauty, hubris, failure, hiding from G-d, blame, consequences.  Many and varied are the lessons to be culled from this story.

Man, created in the image of G-d, must aspire to his lofty calling, while remembering he is but the image of, not G-d Himself.  The serpent convinced Eve, and then she Adam, that man may be the determiner of good and evil.  That, as G-d cedes to man leadership in this world, He likewise cedes to man the role as legislator of good and evil.  In that they err.  And G-d responds by walking them back a bit in their most creative activities, as if to say that while you are creators, I remain the Creator.  Eve, when you create and bear children, the quintessential creative moment of humanity, it will be with labor, a reminder of your earthly origins.  And man, when you create from the earth, it will be with sweat.  There is only One who Creates with the uttering of a word, with ease.  He is the Creator, you, a creator.  And He is the Commander of what is good and evil, while you are the commanded.

Sin is met with exile.  Adam’s sin brings exile from the Garden of Eden.  Cain’s sin brings wandering, homelessness.  4:16 explains exile: Cain left from being before G-d.  This introduces a pillar concept of man and G-d.  Divine disfavor with man results in distance.  Adam sent away from the Garden.  Cain sent away from being before G-d.  Later, the tower of Babel will bring dispersal.  Only Avraham will reverse this and journey not away but toward a specific place.

5th Aliya. (4:19 – 4:22).  A curiously short aliya.  Lemech and his wives Ada and Tzila bear children.  One is the initiator of animal husbandry, one of the music of strings and wind instruments, and one of the fashioning of copper and iron.

Mankind advances marvelously in creatively mastering the world: the mastery of animals, creative artistic expression of music and advanced productivity of copper and iron.  But, while man is to master the world, the brevity of mention is to highlight that of much greater importance is his mastery of himself.  The Torah is far more interested in man’s ethical behavior and his relationship with G-d than with his mastery of iron and the creative expression of his music.

Enosh is described, 4:26, as beginning to profane the name of G-d.  Rashi explains that people and things were ascribed Divine qualities.  The beginning of idolatry.  It is erroneous to call Avraham the first monotheist.  G-d spoke to Adam and Eve, Cain and Abel brought offerings and He spoke to Cain, and Noah will be instructed by G-d.

Rather, man moved away from G-d, failed in his behavior and became distanced.  Avraham is not the first monotheist; he is the first to be embraced and to be pulled closer by G-d.  Early mankind is pushed away; Avraham is brought near.

The parsha goes from Creation to impending destruction.  Though unrecorded, mankind has mitzvoth.  G-d has expectations of mankind and these expectations have not been met.  Though disappointed, He will not destroy mankind, but will begin anew with Noah.