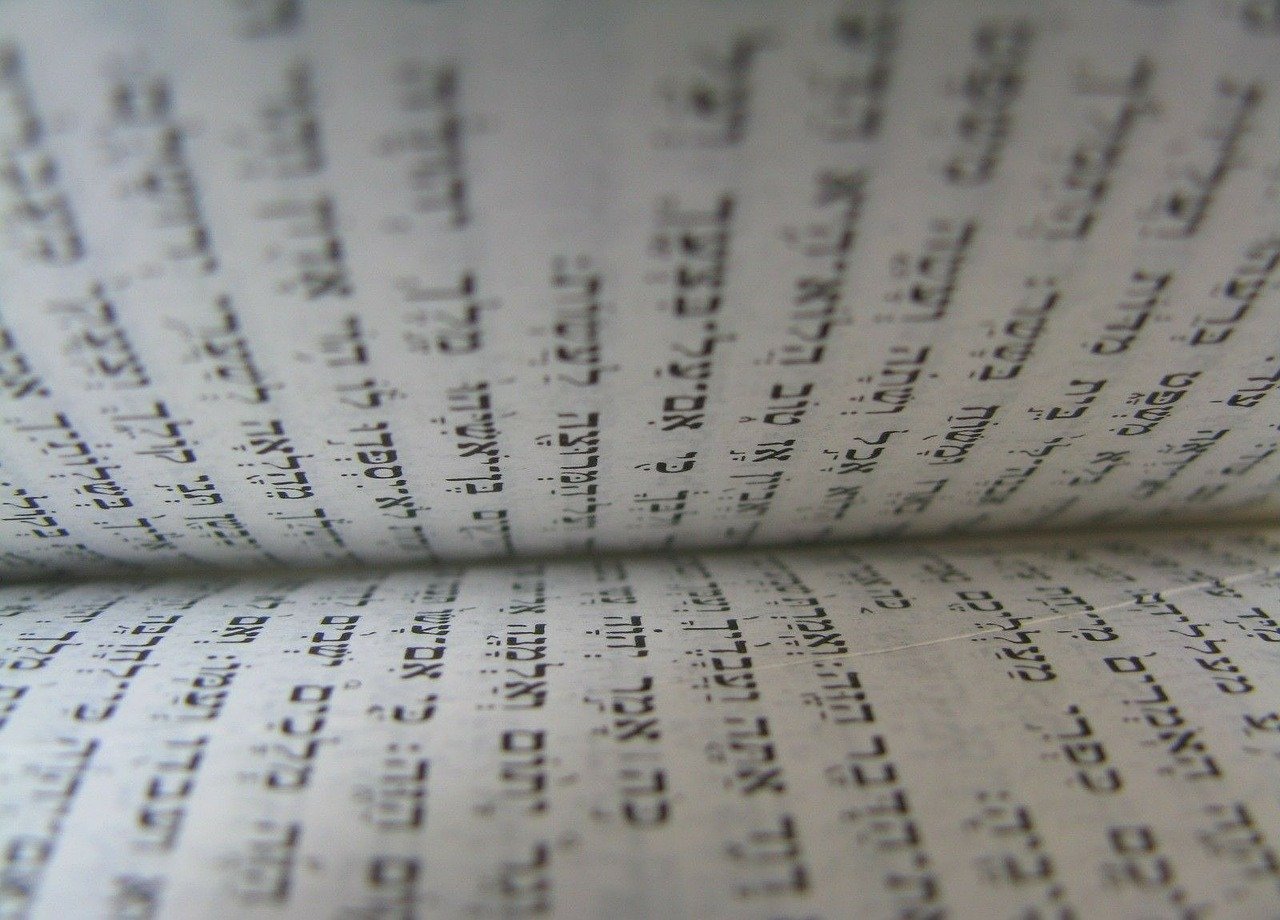 Haazinu is the second last Parsha in the Torah.  It is one chapter of 52 verses, making it one of the shortest in the Torah.

All but 8 verses consist of the song of Haazinu.  The song is written in the Torah in the form of a poem with 2 parallel columns.  The Torah itself calls it Hashira Hazot, this song; 5 times in last week’s parsha and one time again in this week’s.

The poem of Haazinu was the song the Leviim sang in the Beit Hamikdash during the Mussaf offering on Shabbat.  We know the Leviim sang a psalm from Tehilim as the Shir Shel Yom – the daily song, sang accompanying the morning daily offering. They also sang a song during Mussaf of Shabbat and that song is Haazinu.

But they did not sing the entire song each week.  Haazinu was divided into 6 sections – exactly the way we divide the aliyot.  One section was read per week, the entire song in 6 weeks.

While we know the words that the Leviim sang we shall never know the music – what tune did they use for Haazinu?  Was it slow, fast, joyful, mournful?  Perhaps each week’s tune was different, as the division that the Talmud outlines divides the song into very different themes.  While we can outline those themes, all we can do is imagine what music would fit each one.

First aliya, 32:1-6.  The song is a rhythmic poem of couplets, or at least begins that way.  Listen heavens, listen earth.   I will call in the name of Hashem, Ascribe greatness to our G-d.   These 6 psukim are the introduction.  What we are saying in this song is cosmic – give ear, heavens and earth.  He is Great and Just.  We, his children, are twisted.

Second aliya, 32:7-12.  These 6 verses introduce the dawn of Jewish history.  Remember those days.  These are tender, wistful remembrances.  While nations were arranged, you, Jewish people became His lot.  He found you, the apple of His eye.  Spread His wings over you.  He alone cares for us.

A capsule of Jewish history and how G-d relates to us must start with tenderness. This aliya is a smile, a description of those carefree days of faithfulness.

Third aliya, 32:13-18.  In these 6 verses, things start to go awry.  The psukim no longer end symmetrically, at the end of the second column.  Now they begin to end in the first column – off balance.  He placed you in the heart of the land, fed you honey, olive oil, butter, with livestock aplenty and wine.  And one of the great verses of the Torah – Yeshurun got fat and kicked.  Left Him and sought others – demons, new powers and forgot Him.

The song is off kilter now.  Bad enough to leave Him.  But forget Him?  This is not what your forefathers sought.

Fourth aliya, 32:19-28.  The song switches now from Moshe’s voice to G-d’s voice.  Moshe no longer describes Him – G-d speaks now in the first person.  I will hide my Face from them and see what happens then.  They angered Me.  I will send aggressors to anger them.  My anger burns.  I will take it out on the land.  I will scatter them, with no trace of their memory.  They won’t even understand that I am behind this, for they lack all insight.

This is no longer a 6 verse aliya like the first 3, but 9.  The verses all end in the middle column, not at the end of the second.  The world is not working the way it ought to.  Moshe can’t describe this for once G-d hides his Face, no man can understand His ways.  The Ramban comments that this is actually a prediction of the exile of the 10 tribes, the Kingdom of Israel.  Their memory is gone.  A full 10 tribes of the Jewish people have been lost forever.  With no happy ending.  While the history of the Jewish people will have many tragedies, the loss of 10 tribes of our people, with no trace is a tragedy of epic proportions.  But the Torah is prescient – we did indeed forget them.

Fifth aliya, 32:29-39.  The song turns back to Moshe’s voice.  Oh would the people understand the consequences.  The plain meaning of some of the verses in this aliya is apparent, others quite obscure.  One could not pursue 1000 or 2 pursue 10000 were it not for our G-d.  The oppressors drink the bitter vintages of Sodom and Gemorrah.  G-d will eventually relent of this abandonment of His people, while the nations have none to their rescue.  G-d’s voice returns (v.39) – I am the one who gives life and takes it; none escapes My hand.

The last verse, with the return of G-d’s voice, also returns to ending in the second column.  Structure has returned, order is back.  This aliya is striking in referring both to the Jewish people and to the others, what we have been referring to as oppressors.  While we have been disappointing, we have an end of reconciliation.  But when it comes to the other nations and their evil and rebelliousness, Moshe cedes the floor back to G-d.  It is not for us to speak of the justice due others.  That is His work not ours.

Sixth aliya, 32:40-43.  3 verses are in the first person with G-d speaking of ultimate justice, vengeance against My enemies, those that hate Me.  Arrows of blood, a flesh consuming sword, the payment of the enemy.  The last verse calls on the nations to sing of His people, for in the end there is retribution and the land atones for His people.

This aliya is not for the faint of heart.  We squirm at the notion of a vengeful G-d.  As we squirm at “Shfoch chamatcha”, pour out Your wrath on the nations, the verses we say when we open the door at the seder.  But Moshe insisted that we recite this song, seeming to feel this song will guide us in history.  Divine justice, reward and yes, punishment is part of the order of the world.  We repeat it at the seder when we look to the culmination of history and we repeat it in Akdamot that we say on Shavuot in looking to the future.  We don’t delight in His meting out justice.  Though we acknowledge that justice, Divine justice is to be part of the end of days.  But the song does not end with the retribution.  It ends with all peoples singing – a universal end of days.

Seventh aliya, 32:44-52.  Moshe brings this song, together with Yehoshua to the people.  He instructs them to take it to heart and to command it to their children.  It is not empty words but rather is your life.  Then Moshe is told to ascend Har Navo where he is to die.

The verse states that Hashem spoke to Moshe of his impending death “b’etzem hayom hazeh”, on that very day.  The simple meaning is that on the very day that this song was complete, Moshe’s life too had served its time and was too to be completed.  But Rashi quotes the Midrash that prefers to translate this as meaning “in broad daylight”.  Moshe’s ascension to the mountain and his death is to be public, in full view.  As if to avoid the objections of the people.  As much as the people would want to prevent this – Moshe’s death is inevitable.