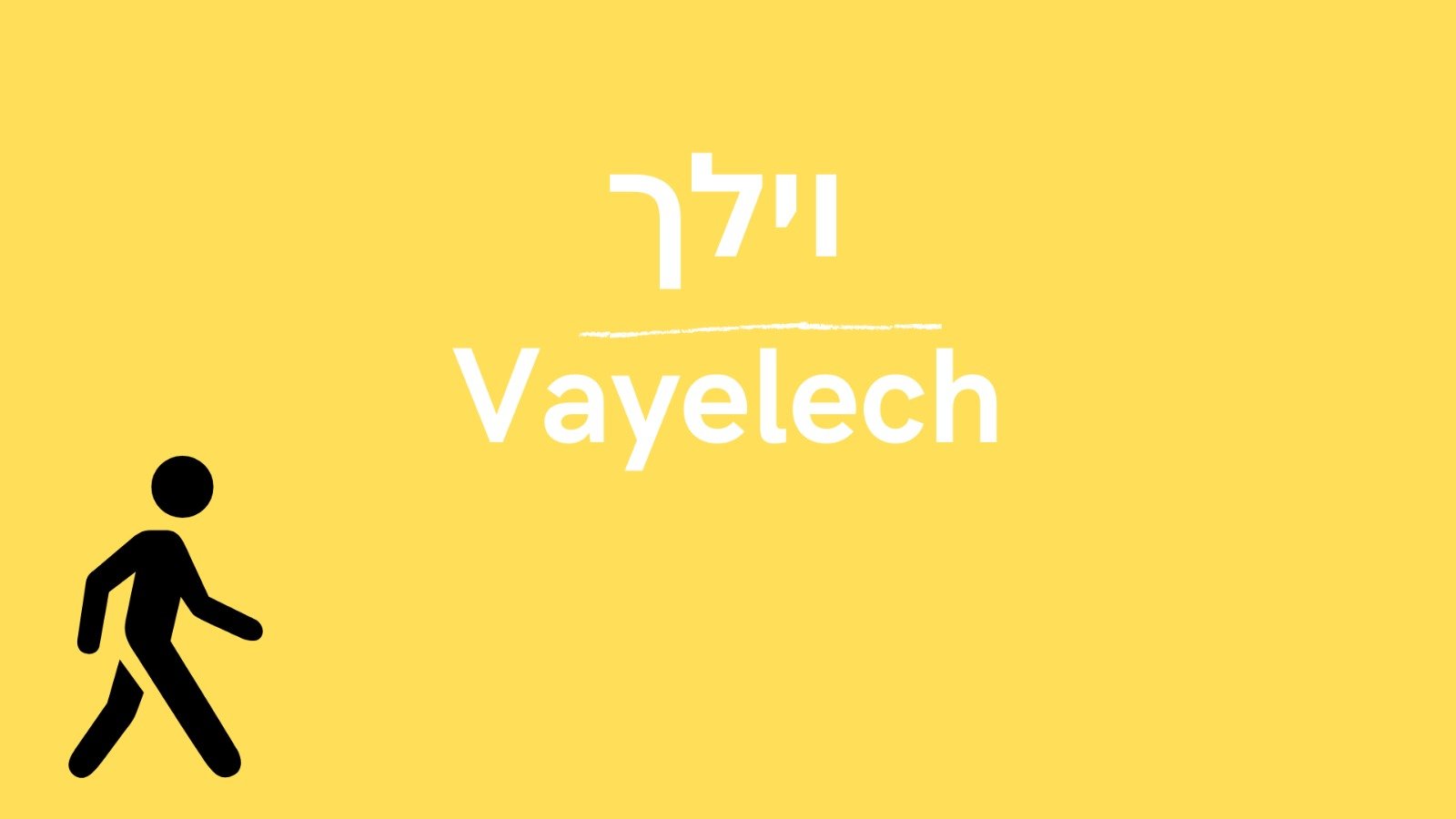 Vayeilech is the shortest Parsha in the Torah.  The entire parsha is one chapter of just 30 verses.

Moshe emphasizes that no leader is indispensable.  G-d leads.  Yehoshua will take his place as leader but as a partner to the Divine.

The parsha is called Vayeilech because of the first word.  Moshe went.  Where did he go?  The Ibn Ezra said he went to each tribe to inform them that he would not be leading them, that he is about to die and to bless them.  Moshe’s gracious leave taking is precious; I have done what I have done.  It is now time for Yehoshua to lead the next chapter.

The couplets are instructive.  Moshe repeats the need to be strong, not to worry and that G-d will not abandon you.  The doubling of expressions is Moshe’s way of saying that this won’t be easy.  Don’t think that the covenant with the Divine makes life a walk in the park.  While He is with you, you need to be active participants in your own fate.

3rd aliya (31:7-9) Moshe called Yehoshua, and in front of the entire people charged him to be strong and of good courage.  For G-d will be with you; He will not abandon you, so be not afraid.  And Moshe wrote the Torah and gave it to the bearers of the Aron.

Moshe encourages Yehoshua a lot – be chazak, strong, and amatz, mighty.  Don’t be afraid.  Although Moshe just said the exact same thing to the people, he assures Yehoshua of success.  Moshe is addressing Yehoshua’s fears.  For although there is a promise to the Jewish people, who knows if I, Yehoshua, are deserving to be their leader.  Maybe I am unworthy.  That is the healthy humility that every leader should display.  Who am I to lead this great people.

4th aliya (31:10-13)  Hakhel: Every 7 years, during Sukkot, when all Israel gathers, read this Torah, so all will learn to have awe and observe the Torah.

After encouraging Yehoshua, Moshe writes down the Torah and we learn the mitzvah of Hakhel – public reading of the Torah every 7 years.  And although Hakhel is a meaningful mitzvah, its appearance here is curious.  Moshe is transitioning.  He is taking leave.  Yehoshua is being invested.  Why stick in the Mitzvah of Hakhel, of reading and teaching the people to fear G-d?  Perhaps, and this is conjecture, the Mitzvah of Hakhel is not to teach the people but to teach the King.  The King is to read the Torah in front of the people.  Perhaps this is the Torah’s version of the 7 year itch.  Leaders, businesses, institutions often move in 7 year cycles.  After 7 years, take stock.  Where are you?  Where are you going?  Are you on track?  Moshe is instructing Yehoshua.  You are to lead the people.  To be a servant of G-d.  Lots will happen as leader that may make you overly confident, haughty, maybe fearful, pessimistic.  Every 7 years, take the Torah and read it; take stock, publicly.  Reboot in front of all the people.  When they see that, what a lesson by example.  They too will reboot to be servants of the people and of G-d.

5th aliya (31:14-19) G-d calls Moshe and Yehoshua.  A cloud appears.  He says: this people will seek idols and abandon my covenant.  I will leave them.  I will hide my Face from them and they will feel I have abandoned them.  I will surely Hide Myself from them.  Write this song.  Teach them this, so it shall be testimony for them.

This aliya turns rough.  This is now not Moshe speaking, but G-d speaking to Moshe and Yehoshua.  The Jews will rebel.  And Hashem will withdraw, will leave the Jews subject to whatever calamities befall them.  The greatest theological mystery is contained in this one verse: “I will hide My Face from you.”  Chilling.  And it is repeated: I will surely hide My Face.  The greatest theological challenge, posed in our time by the unfathomable tragedy of the Holocaust, must grapple with this Divine eclipse – Hiding His Face.  When and why does He Hide His Face?  The Torah states it but does not explain it.  And while Jewish history is replete with tragedies, seemingly moments of this Divine eclipse, at least in our time we are warmed by the opposite: we who have returned to His land are warmed by the Shining of His Face upon us.

6th aliya (31:20-24)I will bring the people to the land, but they will respond to their success with rebellion.  Let this song be at the ready for when this occurs.  Moshe wrote the song, teaching it to the people.  He charged Yehoshua again to be strong.

Moshe would seem again to be generous to Yehoshua.  As if to say, “when things turn ugly, don’t take the blame.  All you can do is lead.  Whether the people follow or whether they rebel is not your doing.  Be strong.”  Generosity to the next leader, doing all to help them succeed is the sign of a leader who leads not for his own ego, who would not want the next guy to be better than him, but is the sign of a leader who leads as a servant of the people, only wanting their success.

7th aliya (31:25-30)Moshe commanded the Leviim to place the Torah on the side of the Aron, as a permanent testimony.  For, I know this people and they are stubborn and cantankerous.  Gather all the leaders so I can charge them, for I am sure that following my death, there will be disloyalty.  And Moshe spoke the words of the song to the people.

The song Moshe keeps referring to would seem to be Haazinu, the next parsha.  History will have its share of surprises.  But there will be sweeps of history that while tragic and full of suffering, need not be theological crises.  At the dawn of our history we are already expecting the unexpected, facing history with a sober sense of success and challenge.