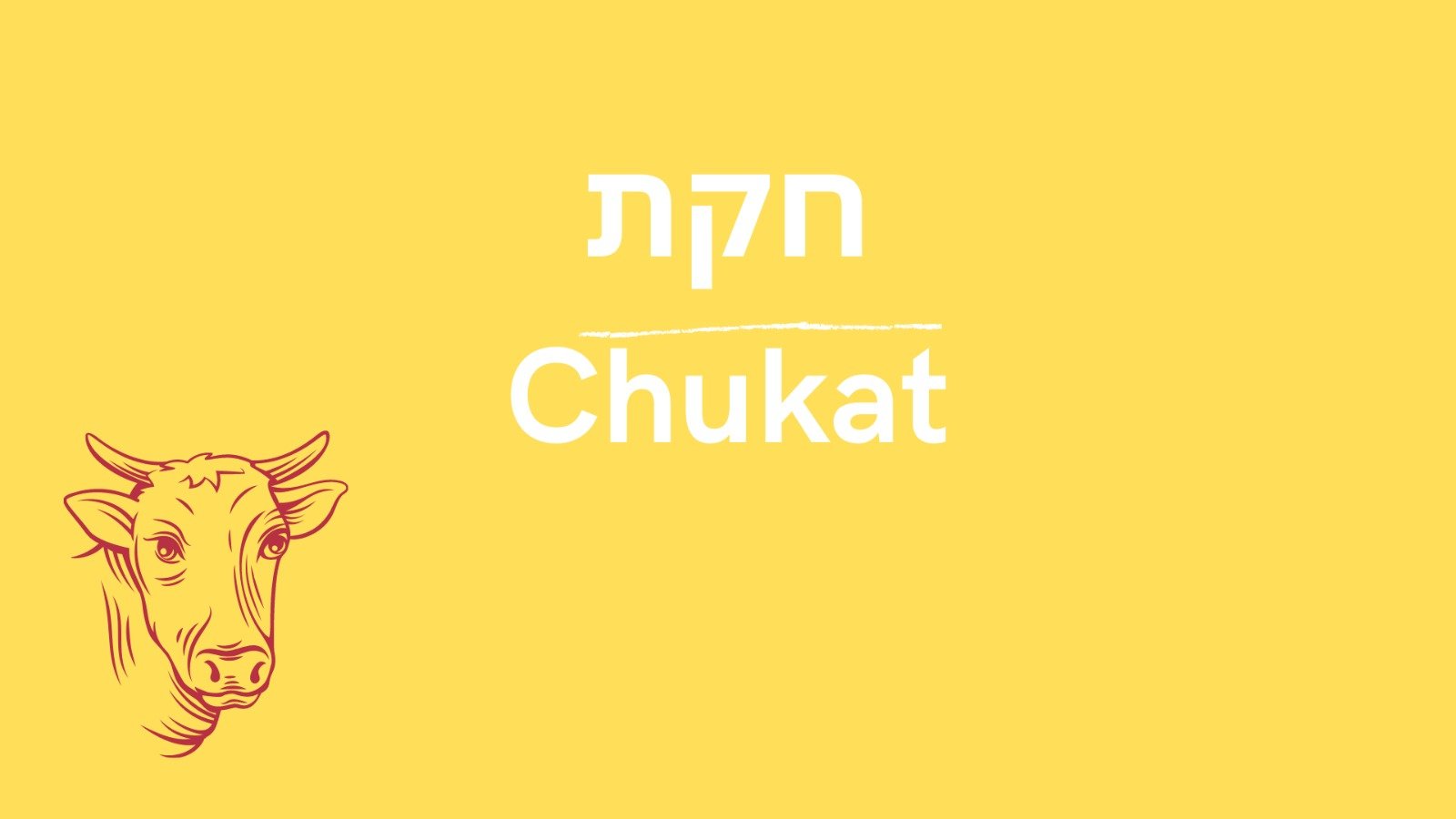 1st aliya (Bamidbar 19:1-17) Para Aduma: This is the Torah law.  Elazar the Cohen shall remove from the camp an unblemished red heifer that has never worked.  It is burnt.  Cedar, hyssop and red thread shall be burnt with it.  The Cohanim involved in the process are Tamei until evening.  The ashes are used to purify those Tamei from contact with the dead.  On the 3rd and 7th day a mix of these ashes and water are sprinkled on the Tamei person.  Absent this process, one who has come in contact with the dead cannot become Tahor.

Death defiles; even though there is a mitzvah to bury the dead.  The tuma of contact with the dead prevents one from entering the Mishkan, the holy area.  A theory of tuma opines that entry to the holy places demands a lofty feeling of our majesty.  G-d is Majestic; we, majestic.  Death demoralizes.  We feel: What’s the use, we all end up in the same place.  It bruises the sense of our majesty.  A detailed look at the symbolism of the purification rituals is beyond this brief outline; but can looked at as a replenishment of our majesty.  The anomaly of the laws of the Para Aduma is: the Cohen who helps to purify others, himself becomes tamei for the day.  The Lubavitcher Rebbe saw in this a rich image: our fellow Jews can become purer, though we have to be willing to self sacrifice, just like the Cohen did.

2nd aliya (19:18-20:6) Hyssop is dipped in the purifying waters and sprinkled on the person or vessels requiring this purification.  A tahor person sprinkles on the tamei person on the 3rd and 7th day; this tahor person then becomes tamei for the day.  One who is tamei through contact with the dead and does not do this purification and then subsequently enters the Mishkan has committed a most grave sin.  Miriam dies after the camp travels to Midbar Zin in the first month.  The people complain: oh that we had died like the others(over these 40 years).  Why did you bring us from Egypt to die in this nasty place?  Moshe and Aharon went to the Mishkan; G-d’s glory appeared to them.

After concluding the laws of purification for those in contact with the dead, Miriam dies.  With little fanfare, 39 years have passed.  Take 2 on the march to the land begins.  The complaint of the people here is a twist on the past.  Way back, 39 years ago they complained: why did you take us out of Egypt to die in the desert.  Now they complain: oh that we would die in the desert.  But more importantly, Miriam’s death demoralizes the people.  The Midrash maintains that water flowed for the people in Miriam’s merit.  It stopped with her death.  But the simple flow of the story is that the death of leaders is demoralizing.  It leaves a void.  The people have a daunting task ahead, of entering and conquering the land.  The loss of Miriam demoralizes.

If the loss of Miriam is demoralizing, the impending loss of Aharon and Moshe compounds that.  But conversely, it is a powerful statement of the greatness, the capability, the trust of G-d in His people.  The Jewish people are greater than any leader or other; even Moshe, Aharon and Miriam.  You can take the land; with or without them.  The Jewish people will always have great people; but the Jewish people is a great people.  The Torah will end with the greatest leaders falling short of realizing the dream of entering the land.  But far from being a dystopia, and while not being a utopia, it is an affirmation that the Jewish people as a people rise above the presence or absence of individual leaders.  The death of Miriam, then Aharon and finally Moshe affirm the greatness of the people of Israel.

4th aliya (20:14-21) Moshe sends messengers to the King of Edom.  You are aware of your brother Israel’s history: we left Egypt with G-d’s help.  We need to cross your land, at no cost to you, to enter our land.  The King said no.  The people answered:  we will stay on the road and pay for water.  Edom said no and came with a large contingent.  The Jewish people circled back.

5th aliya (20:22-21:9) At Har Hor Aharon is told he will die.  Up the mountain, Moshe clothes Elazar in the garments of Aharon.  Aharon dies.  The entire people mourn for 30 days.  The King of Arad in the Negev hears and does battle with the people.  The people prevail.  The people travel to circumvent Edom.  The long journey aggravates the people.  They complain.  Snakes attack.  The people regret their sins.  G-d tells Moshe to make a copper snake.  When the people gaze on it, they recover.

The theme of punishment is a repeating theme in Bamidbar.  And while we need to note that our failings are met with punishment, equally as important is the variety of manners of relief from the punishment.  Here, gaze on the copper snake and you will recover.  This is another example of what is the dominant theme of the entire Torah: G-d’s love for man and for the Jewish people.  Mankind is never completely destroyed.  Nor the Jewish people.  Sure, there is punishment.  But, well, we err quite a bit.  We can’t ignore Divine justice.  But we also can’t ignore the unequivocal loyalty of G-d to His people.  The punishments are all episodes of encouragement; because the end.  He, yet again, is loyal to us.

6th aliya (21:10-20)  The travel takes the people to the east of Moav.  They travel north to the area of the Emori.  The travels are recorded in the books of wars, traveling on to the well.  They sang of their fortune and their travels.

The circuitous route of the march is perplexing.  From the Sinai desert to Israel is, well, yashar, yashar.  Straight up north.  Enter Israel from the Negev.  Travel north to Chevron.  Then keep going.  Straight.  Yet, they travel east to the nations on the east bank of the Jordan.  Edom refuses passage.  So they travel south to Eilat, cross over farther east, traveling up through the heart of present day Jordan.  Kind of the way to go to Petra.  They end up opposite Jericho.  And from there, once they enter the land, they will go to Shechem.  Why this wide, wide swing to the east, up north through Jordan?  Why not enter from the Negev straight north?  The Torah does not tell us.  But, we can speculate.  At this point in Jewish history, the Jewish people have entered the land 3 times:  Avraham.  Yaakov when he returned from Lavan.  And the spies.  And now.  Whose footsteps would you like to follow?  Avraham and Yaakov both entered from the north and went immediately to Shechem.  The spies came up from the south to Hevron.  The Jewish people are following in the footsteps of Avraham.  Deliberately avoiding the much simpler and direct route, the yashar, yashar route of the spies.  Whose footsteps do we follow?

7th aliya (21:21-22:1) Messengers are sent to Sichon for permission to cross his land.  Sichon confronts them for war.  Sichon is roundly defeated.  The people settle in the land of the Emori.  They travel to the land of Og, the king of the Bashan.  G-d tells them they will succeed against Og, as they did with Sichon.  They defeat Og, arriving at the plains of Moav, opposite Jericho.

In this march up the east side of the Jordan, the Divine has been conspicuously absent.  Israel sent messengers to Sichon.  No Divine command.  Moshe staked out the cities along the route into the land.   The march into the land has begun.  And while the march of the people until this time has been with the Mishkan in their midst, the manna falling from heaven, slowly the transfer of leadership into the hands of man is occurring.  The Jewish people dance with G-d; at times He leads.  At times, we.  In this dance, the Divine allows the Jewish people to lead.  He lurks, ever present.  But man is leading this march.