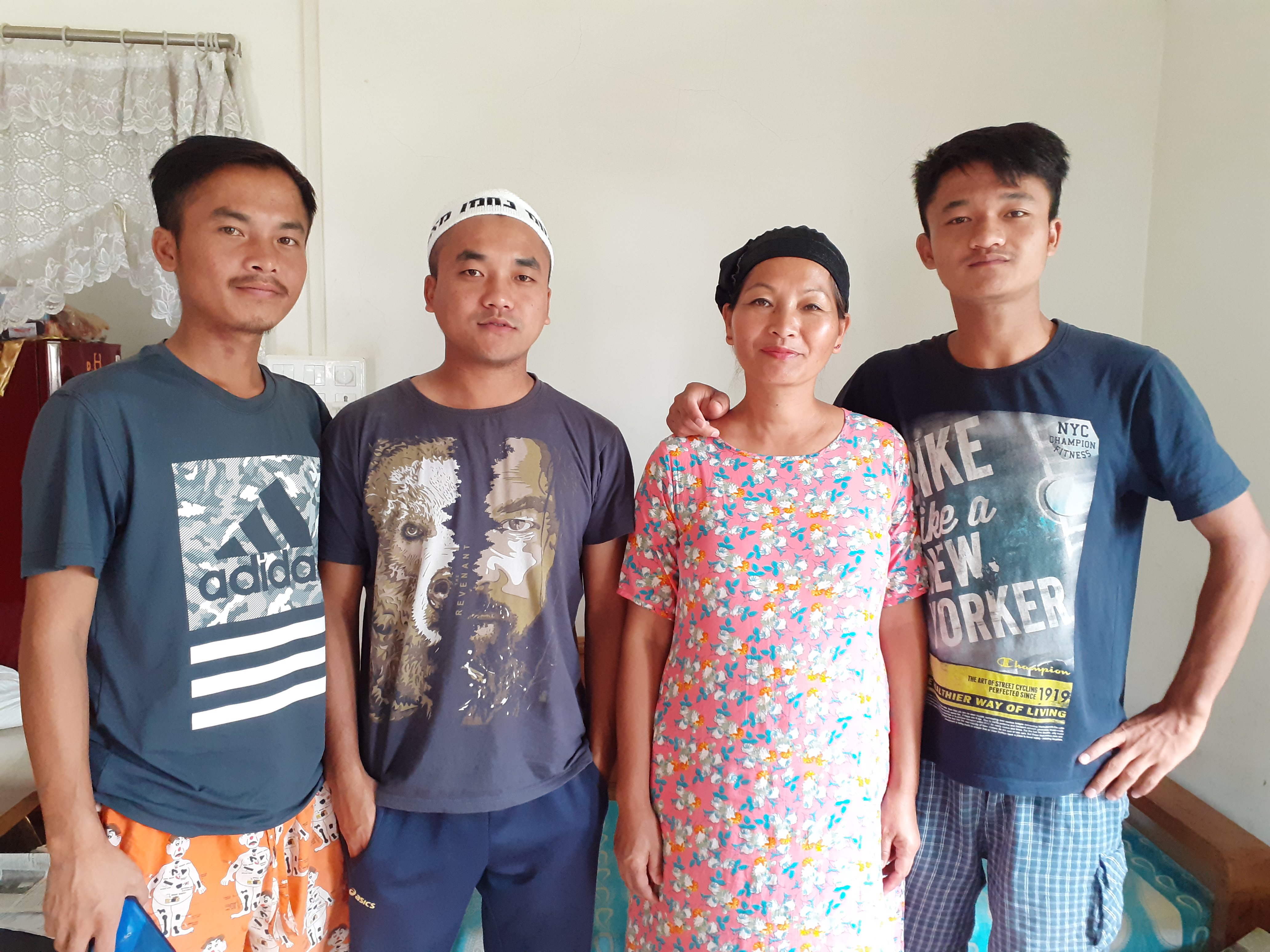 Later this year, Shavei Israel will be bringing a large group of 250 Bnei Menashe immigrants from northeast India to Israel on Aliyah. Among them is Esther Haokip, a Manipur native, who is very excited to fulfill her dream and return to the land of her forefathers.

This autumn, after many years of waiting, Esther Haokip will finally get to embrace her two Israeli-born grandchildren whom she has never met. Esther, a widow, is a member of the Bnei Menashe Jewish community of northeastern India, who are descendants of one of the Ten Lost Tribes of Israel. She has longed for the day when she could make Aliya and be reunited with her relatives in the Holy Land. That day is now rapidly approaching and with your assistance we can make it happen.

Esther resides in the Indian state of Manipur, along the borders with Burma and Bangladesh. “My husband Yishai passed away in 2009 and his dream of making Aliyah was lost and unfulfilled,” she says. “However, I never abandoned my dream nor my longing to return to my homeland, the Land of Israel,” she adds.

In 2007, Esther bade a tearful farewell to her daughter, Chedva, who made Aliya. Stuck in India, Esther has not seen her daughter for more than 12 years. She missed attending Chedva’s wedding in 2011, and has not yet held Chedva’s offspring, her only grandchildren.

Prior to that, in 1998, Esther’s parents, brother and sister moved to Israel. “I’m very happy for them. But I miss them a lot. We have been separated for 21 years,” she says.

Esther’s painful separation from her loved ones has been very difficult for her. And since the death of her husband, she has had to take care of her three sons who live with her.

“My sons and I believe that life in Israel would be an opportunity to reconnect with our roots and our forefathers,” Esther says, adding, “But we need help to go home to Zion.”

Support Bnei Menashe Aliya, and make a real difference! The timing of Esther’s family move to Israel, along with the other Bnei Menashe who will make Aliya with them, depends in large part on funding. The cost for us per immigrant is just US $1,000, which covers airfare and transportation from India to Israel as well as some of the initial absorption costs. For every $1,000 that is raised, Esther or another Bnei Menashe will be able to make the long journey home to Zion.