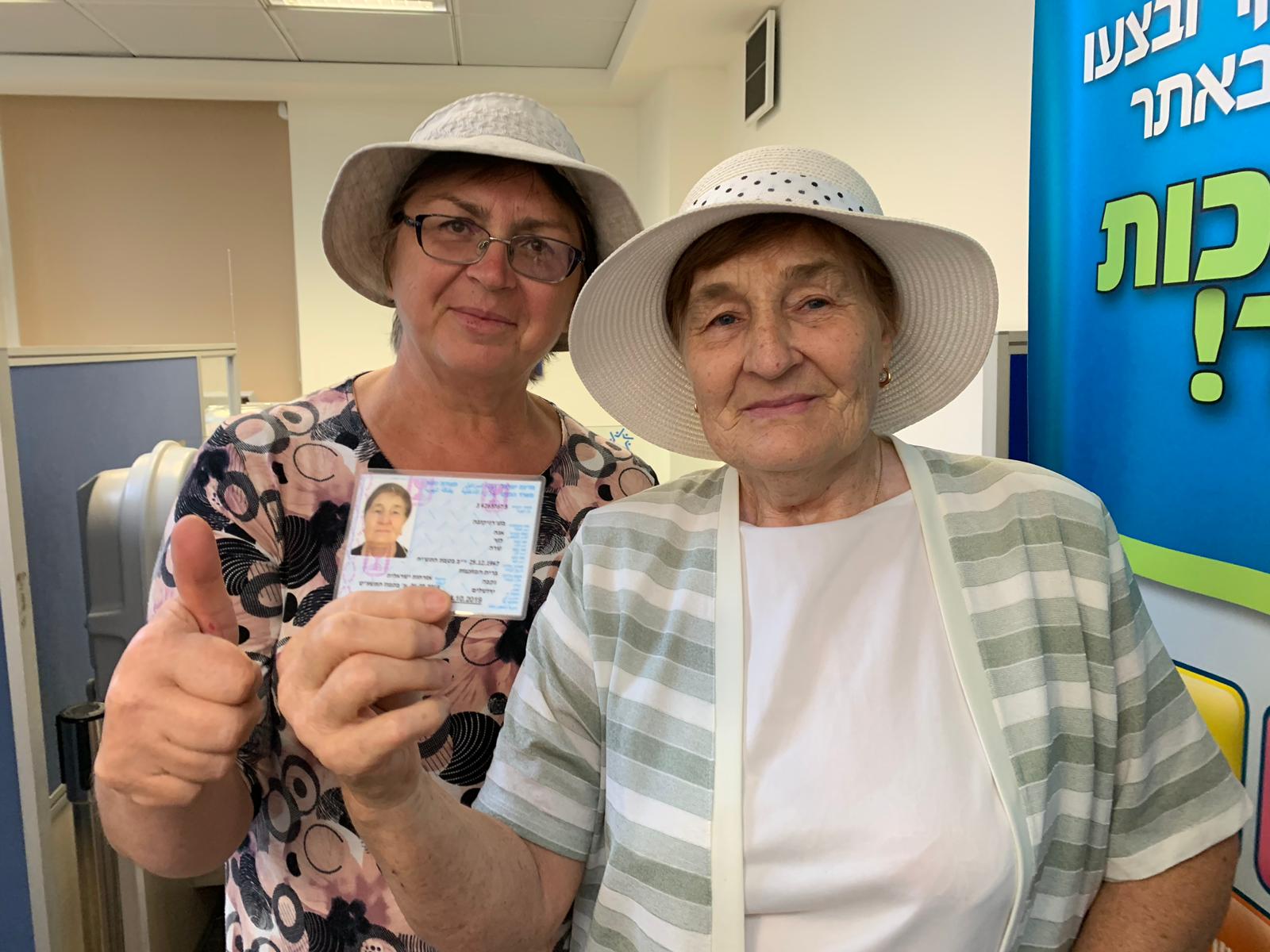 Anna Lazarevna Bocharnikova, one of the community leaders of Vysoki, Russia who came to Israel to make aliyah (formal immigration to Israel) almost 9 months ago, will mark July 4th, 2019 as one of the most special days in her life. This was the day she was invited to the Immigration Service of Jerusalem to receive her teudat zehut (identity card) after many years of waiting.

Anna Lazarevna has been in touch with Shavei Israel since she lived in Vysoki, Her house became a gathering place for the local Subbotnik community and its doors were always open for events, prayers and Torah classes.

Her son immigrated to Israel years ago, when the gates of aliyah were still open for the Subbotnik Jews, while she had to choose the longer path: study hard. officially convert to Judaism in the rabbinical court of CIS and only then apply for citizenship while in Moscow. Having not received a response from the authorities, she decided to come to Israel by herself and apply once again here.

Anna Lazarevna was welcomed and warmly accepted by the local community made up of Vysoki and Iliinka natives . Here she celebrated her 71st birthday, visited the Western Wall and Hebron for the first time in her life and participated in all other events organized by Shavei Israel in Beit Shemesh that became her new home. She loves sharing inspiring and exciting stories about “the old times” in Vysoki: the history and traditions of this authentic community.

Though being in Israel helped Anna Lazarevna to feel her special connection to the Land of Israel and integrate into the local community, it was only 9 months after her application that she succeeded in receiving her official status. She warmly thanked Michael Freund and Shavei Israel for their assistance in her process of conversion and aliyah: “This experience was a school of life for me, I learnt so much. I want my grandchildren and my great-grandchildren to keep our Jewish traditions, because they were given to us by G-d. I believe in G-d and I came to Israel to stay here forever”.