Personal and Individual Stories from Vysoki during WW2 (part 2) 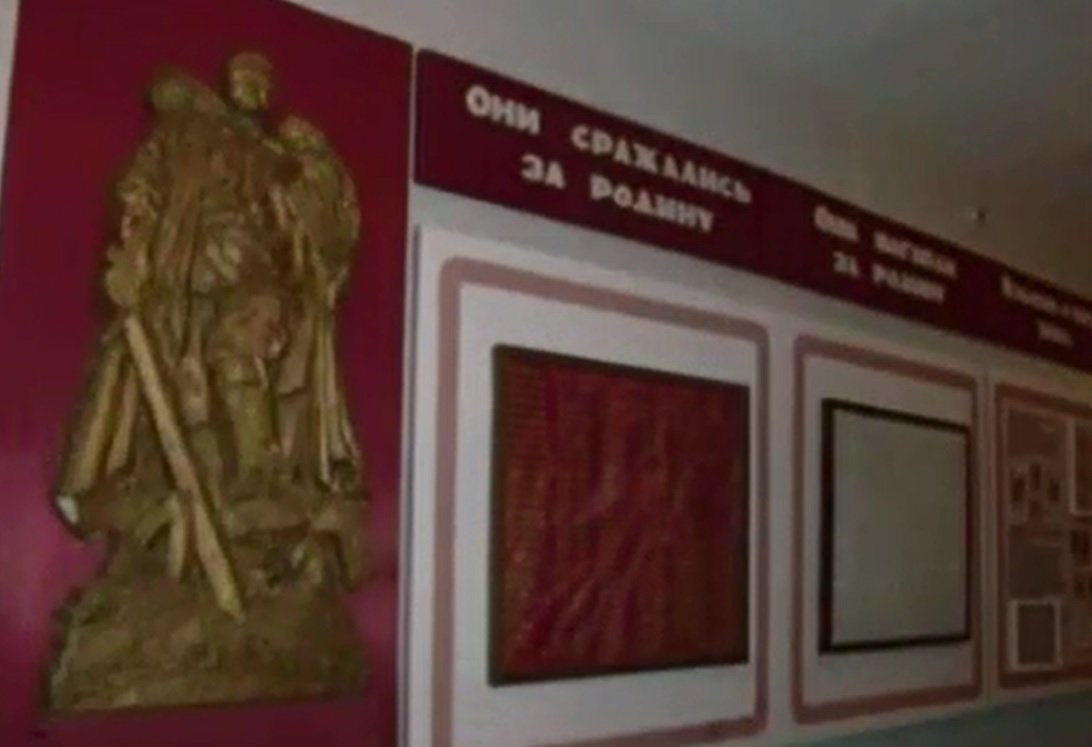 Personal and Individual Stories from Vysoki during WW2 (part 2)

Shavei Israel: Here’s the latest installment of our historical and ethnographic report about the history of Vysoki, Russia’s biggest location of the community of the Subbotnik Jews who embraced Judaism several centuries ago and continued to keep their Jewish identity during all these years in the most difficult of circumstances of Czarist oppression, Nazi persecution and Communist repression. A new part of this story will tell you about the life of the people of Vysoki during the World War II.

One hundred sixty-six men from the Subbotnik community of Vysoki went to the front. They fought in various directions: in the Western, Stalingrad, Ukrainian, Belorussian, and Baltic fronts, and in the Far East. Four members of the battle for Moscow, seven of the Battle for Kursk, six of the battle for Berlin survived and returned home. All the soldiers were private soldiers, served in the infantry, that means they were always on the front line. They fought bravely, this is indicated by the awards of those who survived.

Without diminishing the merits of other veterans, we’ll focus in more detail on a few specific of the soldiers. The war began for Yaakov Danilovich Matveyev in 1942, when he was drafted into the army. After training in the school of sergeants in the Far East, in March 1943, he went to the front. In Belarus, he fought in his first battle. He also fought on the land of the Baltic States, Poland, Hungary, Czechoslovakia and Austria. From his front-line biography, he made particular mention of battles in Hungary at Lake Balaton. Hungary was Germany’s most loyal ally, so the fiercest battles were fought here. More than half of their losses during the liberation of Europe fall on this state.

From the memoirs of Yaakov Danilovich:

“Our 79th Guards regiment went on the attack, but suddenly it failed. A large hill on a flat terrain was occupied by the Nazis, they continuously fired from there, and it was not possible to continue the attack. I was assigned to make contact with other regiments. I had to go and crawl under incessant shelling, but succeeded to get to the commanders. They quickly developed a new plan, and now it was necessary to go back, transfer the order and give hope for salvation. The return trip was even harder, I was wounded, but I didn’t even notice it. Together with my fellow soldiers I rose to a new attack, the enemy was defeated. ”

Human memory is interesting and complicated. The veteran is already 85 years old, but he clearly pronounces the difficult-to-pronounce name of the Hungarian city, near which this battle took place – Szekesfehervar.

Yaakov Danilovich experienced many battles, he was awarded with two orders of the “Red Star”, two orders of “Glory of the III class”, and medals. Most of all he appreciates the gratitude of the Supreme Commander J. V. Stalin, it is hung in a frame on his wall. When two years ago Yaakov Mikhailovich underwent a complicated operation and woke up from anesthesia, he first asked to bring him this gratitude. It is difficult for the modern generation to understand, but apparently the impressions of youth remain the strongest.

Yaakov Danilovich continued to work tirelessly and honestly throughout his post-war life, as he did not hide behind others in the war, raised his four daughters with his wife, the family recently celebrated a golden wedding. Even today the veteran is very active, next to his house he built a mini-football field for children, he knitted nets for the gates by himself. He does not like to speak in public, and when in private conversations he talks about the war, he is very excited, as if reliving everything anew.

Very few veterans of war remain alive today. As of April 2007, there were nine of them. Among them there are five direct participants: Liya Monasievna Gridneva, Maria Isaevna Shishlyannikova, Yaakov Danilovich Matveyev, Fedor Semenovich Lepekhin, Pinchas Ananievich Gridnev. At the last stage of the war, Joseph Moiseevich Bocharnikov, Joseph Yakovlevich Zhabin, Abram Aronovich Konchakov were also drafted to the army. Ilya Mikhailovich Golev was seriously wounded and lost his hand at the very beginning of the war. They couldn’t participate in battles, but honestly served the Motherland in all possible ways.

The officers from Vysoki also fought bravely in the fields of the Great Patriotic War. Among them Captain Joseph Yakovlevich Gridnev, lieutenants: Abram Yakovlevich Gridnev, Mikhail Davidovich Shishlyannikov; awarded with the Order of the Red Star Abram Yakovlevich Chernykh and Mikhail Stepanovich Shishlyannikov. Major Anatoly Aronovich Gridnev was awarded two orders of the “Patriotic War”, the order of “Alexander Nevsky”, two orders of the “Red Star”. Lieutenant Joseph Zakharovich Gridnev was also awarded the Order of the Red Star and the Patriotic War of the II class.

Danil Ananievich Bocharnikov became a professional military man, He was awarded the orders of the Red Banner, of the Patriotic War of the I and II class, and three orders of the Red Star. He went the long way from Yelets to Konigsberg, was promoted from a platoon commander to a deputy chief of staff of a regiment, from a junior lieutenant to a major. Danil Ananievich participated in the famous Victory Parade on June 24, 1945 in Red Square. Each front in the Parade was represented by a consolidated regiment. On Red Square there were regiments in the order of fronts – from north to south: the first was Karelian, the second was Leningradsky, the third was the First Baltic. At the head of the regiments were the commanders of the fronts. The First Baltic was led by General of the Army I. H. Bagramyan, among the soldiers of the consolidated regiment was Danil Ananievich. This magnificent event drew a line under the history of the war, and people of Vysoki are proud of the fact that their countryman took part in this.

After the war, Danil Ananievich continued to serve in the Soviet Army. In 1955, he graduated from the M. Frunze Military Academy, was appointed to various command and staff positions in the territory of Ukraine, the Baltic States, Germany, and the North Caucasus. In 1973-1975 was sent to Cuba as a military specialist. In April 1976, he retired to the rank of colonel. For a long time he worked in civilian conditions in Rostov-on-Don, did not forget to keep in touch with fellow soldiers, corresponded, met. War has always remained in the memory.

“All the fights were outwardly the same, at the same time they were all different. The battles at Kursk in the summer of 1943 are especially memorable for me here, except that I had to take part in one of the grandest battles of the Second World War, at the height of the fiercest battles I met my father, whom I had not seen since the beginning of the war. For a long time, our family knew nothing about him, he was captured, but he succeeded to escape and again took part in the battles, and also found himself on the Kursk Duga.

On June 28, 1943, with my unit, I was in new defensive positions, passing 15-20 km at night. We occupied a height of 257.1. I walked around all three platoons, making sure that everyone got settled down normally, and then in my dugout just fall dawn from fatigue. After a while the telephone operator, sergeant Kireev, wakes me up, but I can’t wake up, then he says: “Comrade Lieutenant, get up , the regiment commander came. ” Here I jumped up, but I didn’t see any regiment commander, but I saw a soldier standing in the dugout aisle. In the dugout in the afternoon it’s dark and poorly visible. “Where is the regiment commander?” And the soldier answered: “Danil, it’s me, your father, son”. We both hugged and began to cry for joy, briefly remembered everything, spoke about my mother – how is she alone coping with her seven children? Then my father left for his unit, and ahead we had the toughest battles.

Our 307 Infantry Division covered the approaches to the Ponyri station. The order was to stand to the death. The battle went on for five days continuously. The force came upon force, but the enemy failed to break through our defenses. Of the 78 soldiers and commanders, the unit lost 62 people killed and wounded. ”

Danil Ananievich was lucky, he survived, although he was twice wounded. When he returned to his native village, he married Liya Yeremeyevna Voronina, who also knew firsthand about the war, she is a member of the “labor army”. The teacher by profession she devoted all her life to her husband and children. Danil Ananievich and Liya Eremeevna succeeded to be in touching, good relations to each other until old age.

They were frequent guests in their native village, always actively responded to the request to speak in front of children at school, were able to drew their attention and keep them interested, to awaken their best feelings. They ardently supported the idea of ​​creating a school museum. Danil Ananievich handed over to this museum many of his personal belongings, photographs, autobiography. At the last his arrival he gave his soldier’s overcoat.