Personal and Individual Stories from Vysoki during WW2 (part 1) 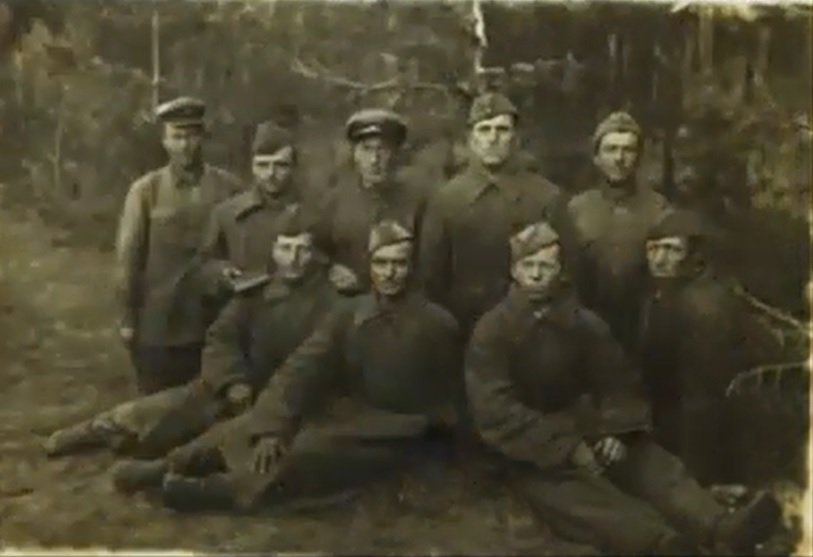 Personal and Individual Stories from Vysoki during WW2 (part 1)

Posted at h in Subbotniks: Personal Stories by
0 Likes
Share

Shavei Israel: Here’s the latest installment of our historical and ethnographic report about the history of Vysoki, Russia’s biggest location of the community of the Subbotnik Jews who embraced Judaism several centuries ago and continued to keep their Jewish identity during all these years in the most difficult of circumstances of Czarist oppression, Nazi persecution and Communist repression. A new part of this story will tell you about the life of the people of Vysoki during the World War II.

The people of Vysoki have written this about their own village.

The first months of the war were a terrible time. They were a time of retreat, confusion, the incompetence of commanders, their best military personnel having been shot or imprisoned during the recent Stalinist purges of the 30s. The price the people had to pay for the mistakes of the authorities was too high. More than half of those who were drafted in 1941 perished. The last letters were sent from Bryansk, Smolensk, Leningrad etc. And then their families and relatives received the funerals or notices that their soldier son, brother or father was missing. Terrible words, they plunged the recipients into despair while hoping against hope at the same time. Some of those who survived did so after having undergone the hellish circles of the Nazi concentration camps. Among them were Ananii Mikhailovich Bocharnikov, Aron Prokofievich Gridnev, Moses Yakovlevich Bocharnikov, Moses Danilovich Voronin, Zakhar Mikhailovich Shishlyannikov. They had all fought in the Bryansk directionand were taken prisoner in the first months of the war. The same too happened to Isai Mikhailovich Bocharnikov in 1942 near Stalingrad.

The family of Moses Danilovich Voronin kept some of their soldier son’s letters. The last one was dated 14 September 1941 and sent during the war while the next one was dated January 15, 1946. Moses was captured and sent to Norway. After his release he was recruited again and fought in the Far East. With great difficulty and with the help of a fellow villager, a relative, Yaakov Petrovich Bocharnikov, who came to Kamchatka for him, Moses was able to return home. It was difficult for him to relate to the suspicion from the authorities, but he was not bitter about this. Here are a few lines from his 1946 letter:

“Mom, I heard that your sons and my brothers were killed in the Great Patriotic War, but I don’t know where it happened. I only know that they died for the truth and for their homeland, and the one thought then was to protect the homeland and its people. I, too, was in a very difficult position and did not think that I would survive and I did not value my life, I even hoped to die as soon as possible, but I remained alive. Dear mother, I’m begging you not to grieve, I will live, I will come back but don’t know when … I can’t write about it … but I ask you, Mom, take care of your health, maybe I will see you, and if there is an opportunity, take care of my children. Kisses and bows 1000 times. Your son, Moses. “

We know about the incredible burdens that fell upon the shoulders of these people, but they returned to their homes and their hearts thawed alongside those of their loved ones. And how many of them have sunk into obscurity, what happened to them? After the war, it became known what happened to some of them.

Aron (Aharon) Nikolayevich Voronin was wounded and captured in November 1941. There, in captivity, somewhere near Smolensk, he met a fellow countryman – Alexander Butenko. Knowing how the Germans treated the Jews, Aron and Alexander tried to escape several times, but Aron’s wound made this difficult. Then, according to Butenko, the Nazis loaded all the wounded Russian soldiers into cars and took them away, most likely to be shot. Alexander was placed in a concentration camp, survived and returned home. The first thing he did was to help Aron’s wife and support her family. And as for Chana Iosifovna, she could not believe that her husband had been killed. Being an 80-year-old grandmother, she did not miss a single “Wait for me” program and kept on saying, “What if Aron is alive, he will come back”.

The widows’ share was heavy, but responsibility for the children made them fight for their future. It was more difficult for mothers who had lost their sons. Until their last breath they continued to mourn them. The death of one child is a tragedy, but Anastasia Timofeevna Gridneva lost four: Ananii, Moses, Joseph, Benjamin. The grief of the mother overrode everything else.

For four long years the war battled on, collecting its bloody tribute. Men and recently engaged young men went to the Front. Many of their ex-brides did not remarry or create a new family afterwards. The war took away from them not only their youth, but also their future, and during the war they suffered no less than their men. In addition to working on the collective farm, the girls were called to the “labor army.” The first time was in the winter of 1942. The girls had to dig anti-tank trenches in the area of ​​modern Anokhinka. It is difficult to imagine how the girls’ hands coped with a crowbar in the frost and the blizzards.

In the spring of 1942, when the Nazis attacked Stalingrad, the girls of Vysoki were sent to the front line. One group was in the Liski station area along with girls from other villages. They were ferried across the Don River and ordered to wait for further instructions. The Front was very close, shells exploded, artillery cannonades were heard, and the girls were kept waiting in the area. Then the locals, feeling sorry for the girls, advised them to go home so they would not become prisoners. Half-starved and frightened, the girls succeeded in returning to Vysoki but with many difficulties. Among them were Dina Mikhailovna Gridneva, Maria Yakovlevna Matveyeva, Maria Isaevna Shishlyannikova.

“We were returning by road, and the locals advised us to go through the fields. We hid in the roadside ditches during the bombing. It was very difficult to move and we were hungry and thirsty. There was only one bottle of water for all of us. The water was collected directly from ponds, sometimes from puddles. We had to go to the neighboring villages, and everywhere the people provided assistance. If there were Germans in the village, people hid us in barns, gave us food, and at night showed us the way. Sometimes they told the Germans that we were their daughters. I was the oldest, trying to protect the girls. Once when we were being bombed I pushed all the girls into a nearby cellar. However, I didn’t have time to enter myself and the bomb exploded five meters away from me. Since then I have suffered from hearing problems.”

It was difficult to find a crossing over the Don, but the girls still managed to persuade the local farmers and so they sailed the overloaded boat over to the other shore. Milaida Yakovlevna Gridneva recalled that the water in the Don was red with blood and the bodies of the dead and Russian and German soldiers were visible. Finally, the girls reached Orlovka where they were fortunate enough to meet Mikhail Yakovlevich Bocharnikov, the chairman of the Vysoki collective farm. He brought the girls home on his own cart. Friendship and mutual assistance helped the women of Vysoki overcome this trying time with honor.

As the war continued, more and more soldiers served at the Front. Among them were two girls: Liya Monasievna Gridneva and Maria Isaevna Shishlyannikova. Leah Monasevna Gridneva was 18 years old when in January 1943 she was drafted into the army. At first she studied at the school of radio telegraphists but then she was sent to the 687 rifle regiment of the 141 rifle division, which is part of the First Ukrainian Front, as a radio operator.

Liya Monasevna participated in the battles for Ukraine, and took part in the fighting at the San, Vistula, Oder, Neisse rivers. In April 1945 as part of her regiment, she became a participant in the meeting on the Elbe River with the Allied forces in the anti-Hitler coalition. At the end of the war she was in Czechoslovakia. Of all the battles, the most remarkable one for her was the battle of Kursk Duga for the village of Okno. Here Liya Monasievna met with her compatriot Maria Isaevna Shishlyannikova.

Two and a half years on the front line, under bombing and shelling – this was the war for Leah Monasievna. At the Front she met her only boyfriend, and although the war separated them, she was left with a son. She never remarried and worked on the collective farm until she retired, all the time being aware of her wounds. She was excited to watch movies about the war and was especially impressed by the Soviet movie “The battalions are asking for fire.” Through them she seemed to relive the moments of the battles in which she had taken part. The memories were so strong that Lia Monasievna became seriously ill, and for many years she was practically bedridden. For participating in the Great Patriotic War, Lia Monasievna was awarded numerous medals, but the dearest one for her was the gratitude shown by the Supreme Commander J. V. Stalin.

Maria Isaevna Shishlyannikova was also drafted into the Soviet army in January 1942. Despite her 19 years she had worked a lot in the “labor army.” Maria Isaevna learned military science in the 107th regiment of the 322 division of the First Ukrainian Front. Having become a radio operator, she carried out communication activities between the divisions, often dragging a heavy radio which was heavier than her own weight. She crossed the whole territory of the Voronezh, Kursk, Oryol, L’viv regions, forded the Vistula and almost reached Berlin but she was wounded in battle. Maria Isaevna’s participation in the war was rewarded with major awards: the Order of the Red Star, the Order of the Patriotic War, 1st class, and numerous other medals.

After the war, Maria Isaevna married and had three children. For a long time she was in touch with her fellow soldiers and often went to meetings on the eve of Victory Day. Despite her old age, today she does not refuse to tell the younger generation about her wartime events.