Ancient mezuzot of the village of Vysoki 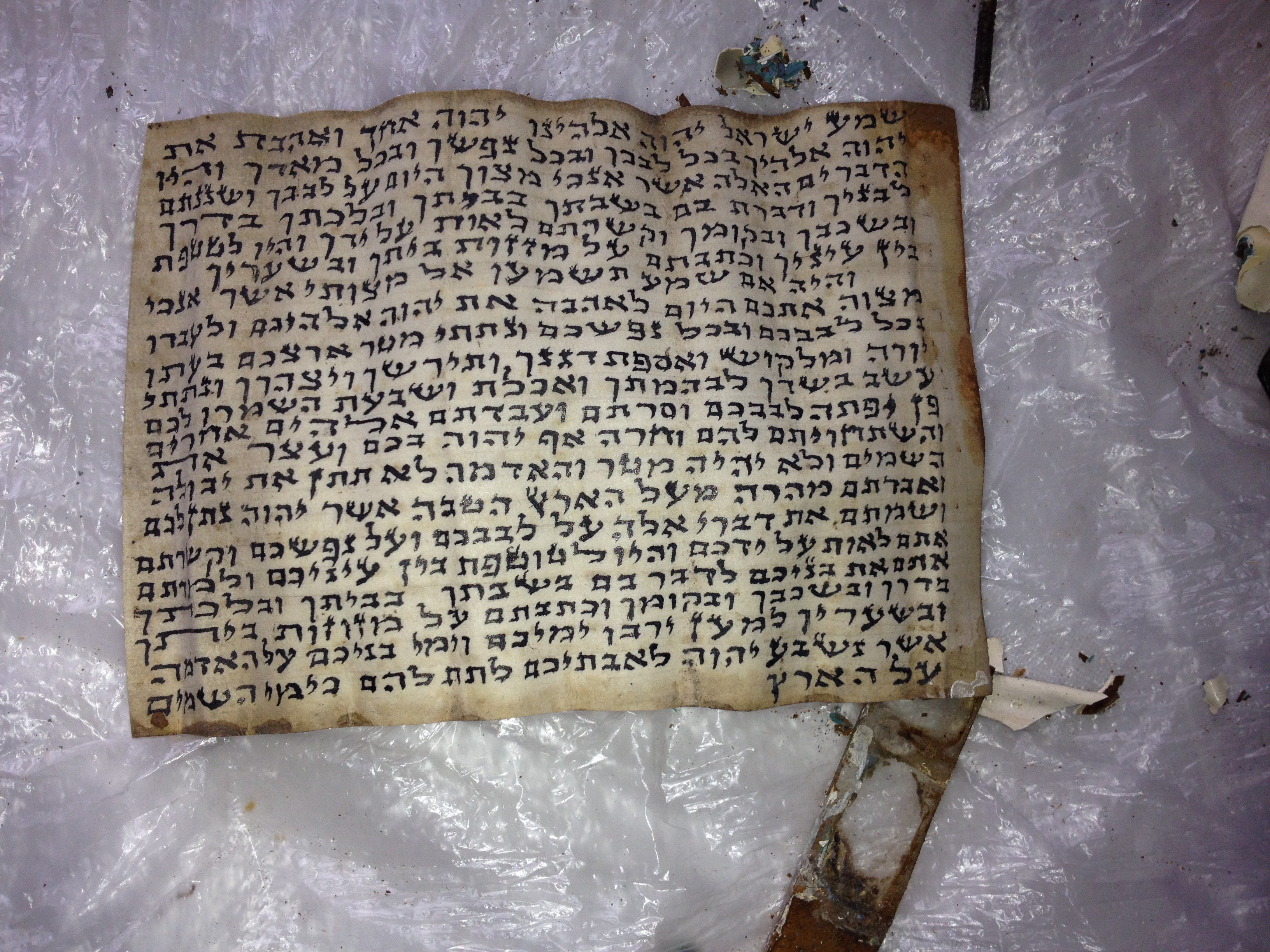 Ancient mezuzot of the village of Vysoki

The Subbotnik Jewish community of Vysoki, South Russia, has preserved a large number of authentic antiquities and accesories of their religious tradition. Today, a few examples of such items are exhibited in the local school museum, but many of them are also preserved in private households. One type of object in particular, the mezuzah – an essential attribute of a traditional Jewish home.

“We specially bought a kosher mezuzah,” recalls Anna Lazarevna Bocharnikova, who recently made aliyah. “In my house, where I used to live (in Visoky), such a mezuzah is affixed.”

However, not all families had the opportunity to acquire professionally made mezuzot and had to deal with this problem with ingenuity. Tova Filchagova, who made aliyah to Israel five years ago with the support of Shavei Israel, says: “Mezuzot were affixed in every home. Not everyone could afford to buy hand-written kosher mezuzah scroll, therefore they put pieces of paper inside, the ones with the words from prayer books. People themselves cut out the glass under which the mezuzah was visible and the wooden case. Then it was usually painted together with the walls of the house. These antique mezuzot are still to be found in the old houses that were not rebuilt”.

In Shavei Israel’s archive there are examples of two of these very old mezuzot. Photos of the first one were made by Rabbi Shlomo Zelig Avrasin in the home of one of his students, Svetlana Leontievna Gridneva.

Another mezuzah was found in the house of a gabbay of a local synagogue, Alexander Moiseevich Gridnev. Interesting to note, that this mezuzah turned out to be almost kosher. “This is the first mezuzah of this kind that I saw in the village,” Rabbi Avrasin admits. “Before that, there were either passages from sidur, or passages from tefillin enclosed in cases for mezuzot.”

A new, additional mezuzah was installed in this house, since in the village there is rarely anyone with more than one mezuzah per house. Alexander Moiseevich said that this mezuzah was inherited from his grandfather and was brought from their old house in another village in 1912.