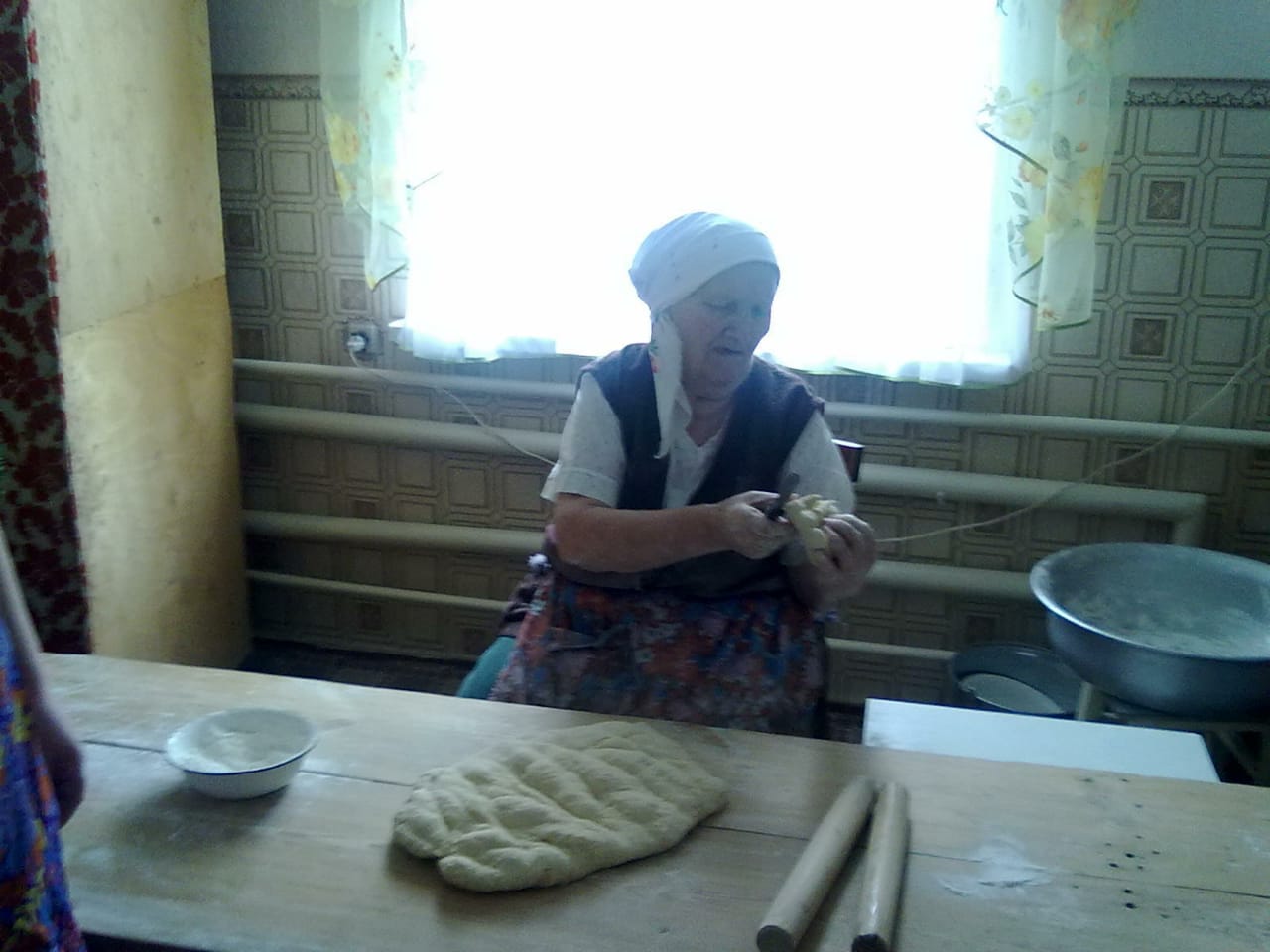 Lapshevnik was made of homemade noodles in broth with some salt and fat. For this dish, people prepared noodles by themselves before Shabbos on any other day.

– break 5 eggs into the hole and add 0.5 liters of water, knead the dough so that it does not stick to the hands and the table

– divide the dough into several parts and roll out thin round layers from each part with a long rolling pin and lay it out for drying on the fabric for 0.5 hours;

– roll the dried up layer into a tube and cut it across into thin strips 0.5 cm wide or thinner.

– put the obtained long noodles into the pan and for a few minutes put it into the oven for drying. One constantly needs to ensure that noodles are not burnt.