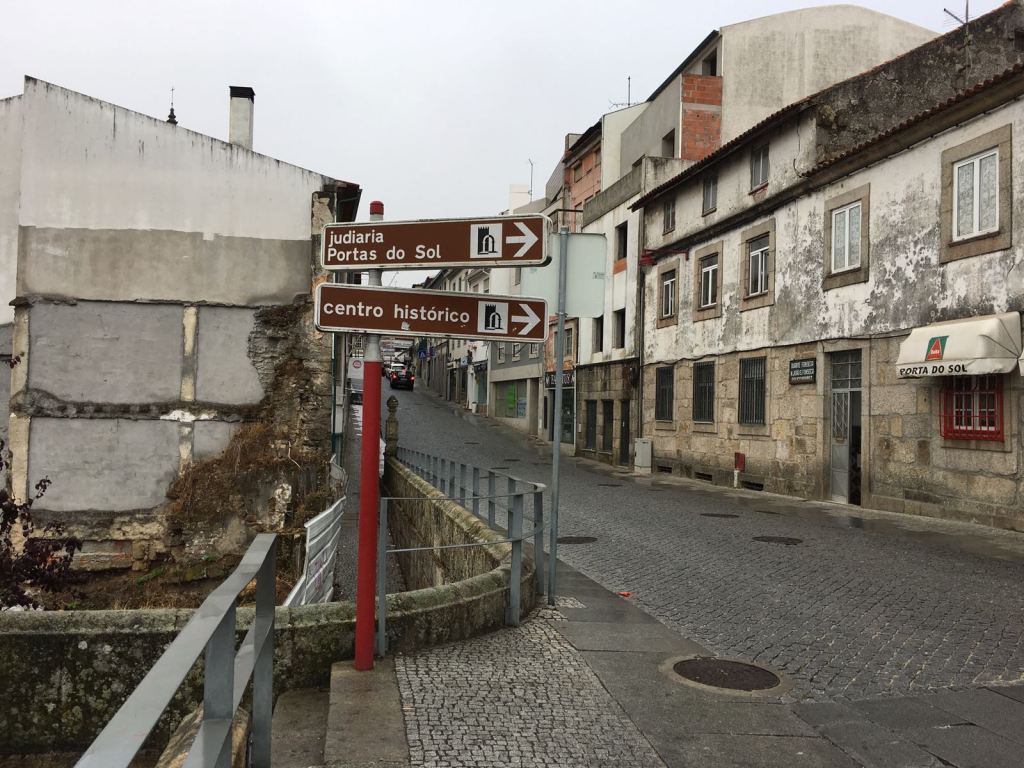 There is almost no evidence of past Jewish life Coimbra, Portugal. The only relevant sign we managed to find marks the Plaza de la Inquisición (The Inquisition Square). We visited the building where the Inquisition authorities were based, and the square where the infamous auto-da-fe were held.

We walked through narrow streets reminding us about the old times. We saw a street called Rua Nova and recalled that many streets where the Jews lived were later called Rua Nova but there is no other indication that Jews lived there.

Then we visited the Barrio de Santa Cruz of Coimbra. It’s remarkable to note that in Seville there is a neighborhood in the Jewish quarter with the same name. Today it’s a wide and picturesque pedestrian street with lots of local businesses. We also visited Rua de Corto de Deus street, which, according to what we found out, was previously a Jewish street. A church currently located on this street was presumably a synagogue once based on the shape of its gates, arcades and some other details of its architecture.