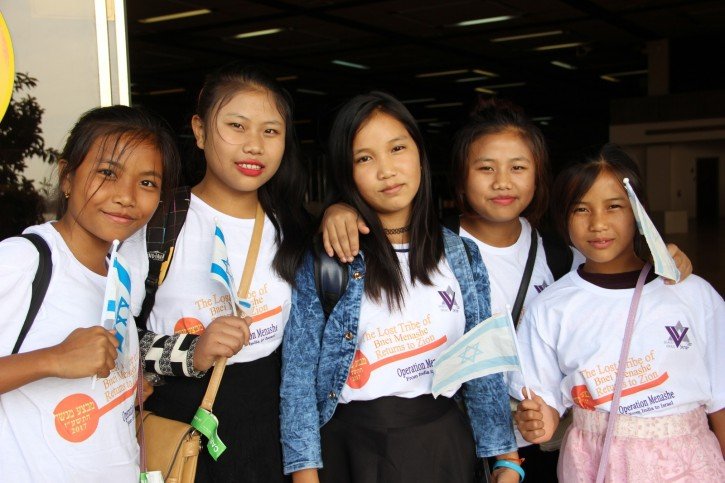 Last week was h-u-g-e for the Bnei Menashe. 162 new immigrants from India landed at Ben-Gurion Airport in two separate flights. We already shared pictures from the first flight of #OperationMenashe on Tuesday. But Thursday’s flight was even more emotional, with multiple reunions of families who have been separated for years and even decades.

The aliyah was covered by all the major Jewish and Israeli media. Here are just a few:

Shavei Israel has now assisted more than 3,000 Bnei Menashe to make aliyah. But there are more than double that many still in India and “many have been waiting to come for decades,” explained Shavei Israel Chairman Michael Freund.

“It’s time to bring their suffering to an end and I call on the government of Israel to take immediate steps to enable the remaining 7,000 to make aliyah as soon as possible so we can put an end to painful situations where families are divided,” Freund added. “There’s simply no reason why families should be divided for so many years.”

At the current pace the government is approving the immigrants, it will take another decade to bring the remainder, Freund lamented.

But at Ben-Gurion Airport this week, that bigger picture was temporarily subsumed by the sheer joy of so many family reunions.

Don’t miss out our coverage of the first aliyah flight on Tuesday here, here and here.