The incredible history of the Jewish Quarter of Seville 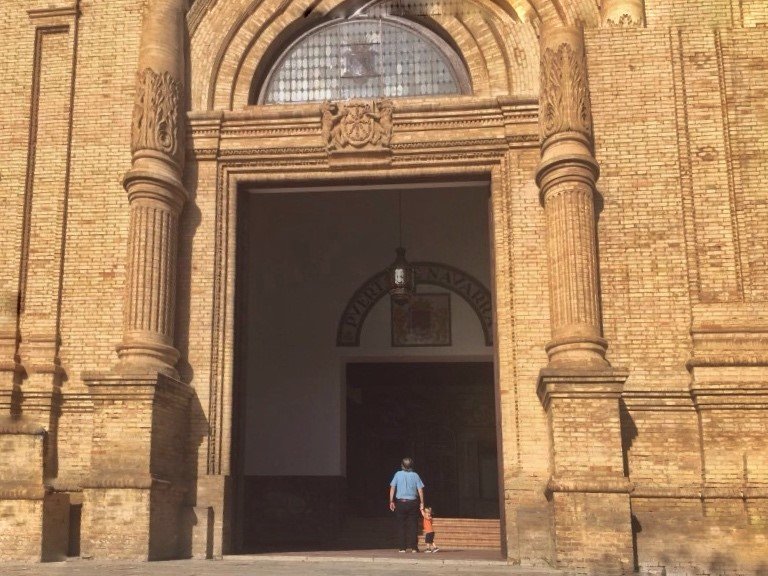 The incredible history of the Jewish Quarter of Seville

Posted at h in Bnei Anousim, Communities Around the World by
0 Likes
Share

The following is an excerpt from the writings of  Nora Goldfinger, who has been touring some of the Jewish quarters in Spain and Portugal and has agreed to share her experiences with us.

We finally arrived in Seville to see the Alcázar, and the old Jewish quarter.

Initially we were surprised by the Maria Luisa park for its breadth, and at the Plaza Espana with its magnificent design, between Baroque and Mudejar, created for the Seville Fair.

I read on the internet that small community services for Rosh Hashana and Yom Kippur were being organized in Seville, but I was really interested in knowing information about life in the Jewish city’s past.

We started touring the city, and when seated in a bar, my husband, Luis, went to ask the hotel management if they had any information about Jewish life there. Surprisingly, he received the answer that Yes, they had information.

They pointed us to the Jewish Museum of Seville, and there we began to immerse ourselves in the incredible history of the Jewish quarter of Seville.

Between the 9th and 13th centuries there were Jews living within a separate inner section of the ancient walls that surrounded the city.

This inner wall had four entrances that came and went until the curfew at dusk.

The Jewish area where the commercial activity was developed was close to the current Plaza de Santa Maria la Blanca and its surroundings, where it is documented that both within the Muslim and Christian regimes, there were always shops and companies whose owners were Jewish.

There were also rabbis, poets, philosophers, astronomers. Within the realm of medicine – which had much prestige – there was no medieval dignitary who did not have a Jewish doctor.

There were four synagogues; the Great Synagogue which, after the tragic events of 1391, became the church of Santa Maria la Blanca, now continues to function as a church though maintains the interior of a Sephardic synagogue, and on the side of the synagogue is the street Archeros Street, which was the main entrance to the synagogue.

They say that next to the synagogue lived a rich Jewish family and today there is a hotel called “Hotel Las Casas de la Judería” (“Hotel of the Jewish Quarter houses”). In front of the synagogue was the mikva (ritual bath) which today is used as a wine cellar in a restaurant called El Cordobes.

Another synagogue is in what is today the Plaza de Santa Cruz, transformed to the church of Santa Cruz also in 1391 though in 1810, the French destroyed it and made a park there.

A third synagogue was located in what is the current church of St. Bartholomew.

The fourth synagogue occupied the space of the church of the present convent Madre de Dios and was compared, for its beauty, with the synagogue of Transito de Toledo.

Life in the Jewish quarter was relatively quiet, until the beginning of the religious intolerance of the Almoravids and Almohadas in the early 12th century. At the time, most of the inhabitants of the Jewish quarter of Seville flocked to the northern Christian kingdoms, which, impoverished by years of war against the Muslims, accepted these hard-working and educated immigrants.

The Jewish quarter of Seville experienced another great era beginning in 1248 when Fernando III conquered the city after a year of siege. 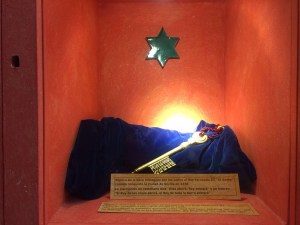 It is said that the nobles of the Jewish quarter handed a key to the king (currently kept in the Cathedral of Seville) with the inscription: “God will open, the King will enter”.

Then the years of flourishing and prosperity begin with social possibilities, positions of power, and the Jews presented in an ostentatious way of dress and living, which aroused suspicion and envy of many.

Life in Seville passed with a certain calm unlike the Jews in the north of Spain. King Alfonso X, who had supported the Jews and asked them for Spanish literary translations of many books that the church did not want to translate, began to form what would be the Spanish culture.

However, with the gradual impoverishment of the royal coffers, growing religious fanaticism began to elicit pressure to harass the Jews.

In the 14th century, with the arrival of the Black Death, local communities began to blame the Jews for all evils, accusing them of poisoning water wells and instigating the impoverishment. Hunger led to the whispers, which culminated in 1391 with the massacre of almost half of the Jewish population of Seville.

In 1449, an order was passed at Toledo that expelled the converted Jews from the public offices and regiments of the city.

This was the first statute of ‘blood cleansing’. It was necessary to show that there was not a drop of Jewish blood in their ancestors.

In Seville a group was created called “The Linajudos” that were dedicated exclusively to investigate the lineage of the converted ones to denounce them. Holding back on denouncing those with Jewish blood had a high price.

The statutes, in short, were used to spread suspicions, accusations of envy and blackmail.