Shavei Israel Founder & Chairman Michael Freund and Shavei’s director of marketing and new media Laura Ben-David are now featured on the Jewish Speakers Bureau website, which aims to bring top-notch speakers to synagogues, Jewish Community Centers, educational institutions and organizations (both Jewish and non-Jewish) in the U.S. and around the world.

A listing at the Jewish Speakers Bureau includes a brief biography followed by a list of topics on which the speaker can present. 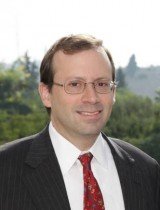 Michael Freund is ready to speak to your community about the following:

Michael Freund has spent over 15 years seeking out lost tribes and hidden Jews to help them reconnect with the Jewish people. In this lively discussion, Michael will speak about the work of Shavei Israel and his globe-trotting work with various far-flung communities such as the Chinese Jews of Kaifeng, the Bnei Menashe of India and the Hidden Jews of Poland from the Holocaust. What does this say about Jewish memory and destiny?

500 years after their Spanish and Portuguese ancestors were forced to convert to Catholicism, a growing number of their descendants (known as Bnei Anousim or by the derogatory term “Marranos”) are returning to the Jewish fold. Michael Freund will discuss this wave of return – from Peru to Portugal and Brazil to Barcelona – along with its significance.

A traditional-style shiur (Torah class) using a range of Biblical, Talmudic and other rabbinic sources to tackle an age-old question: does the size of the Jewish people matter? And if so, what should we be doing about it? The answers may surprise you.

For over 1,000 years, a Jewish community flourished in the Chinese city of Kaifeng on the banks of the Yellow River. In the 19th century, assimilation and intermarriage took their toll, and the community nearly vanished. In recent years, Shavei Israel has helped a growing number of young Chinese Jews to reclaim their roots and move to Israel. In this talk, Michael will share their inspiring stories. 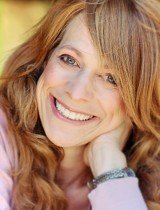 Laura Ben-David can speak on similar topics, plus she comes with her laptop loaded with beautiful original photos she’s taken of Shavei Israel community members around the world and personal anecdotes. You can read about Laura’s previous speaking tours on our website.

If you’d like to invite either Michael or Laura to speak to your communities and learn about the incredible, exotic communities Shavei Israel works, visit their pages (links above) on the Jewish Speakers Bureau website or contact us directly.