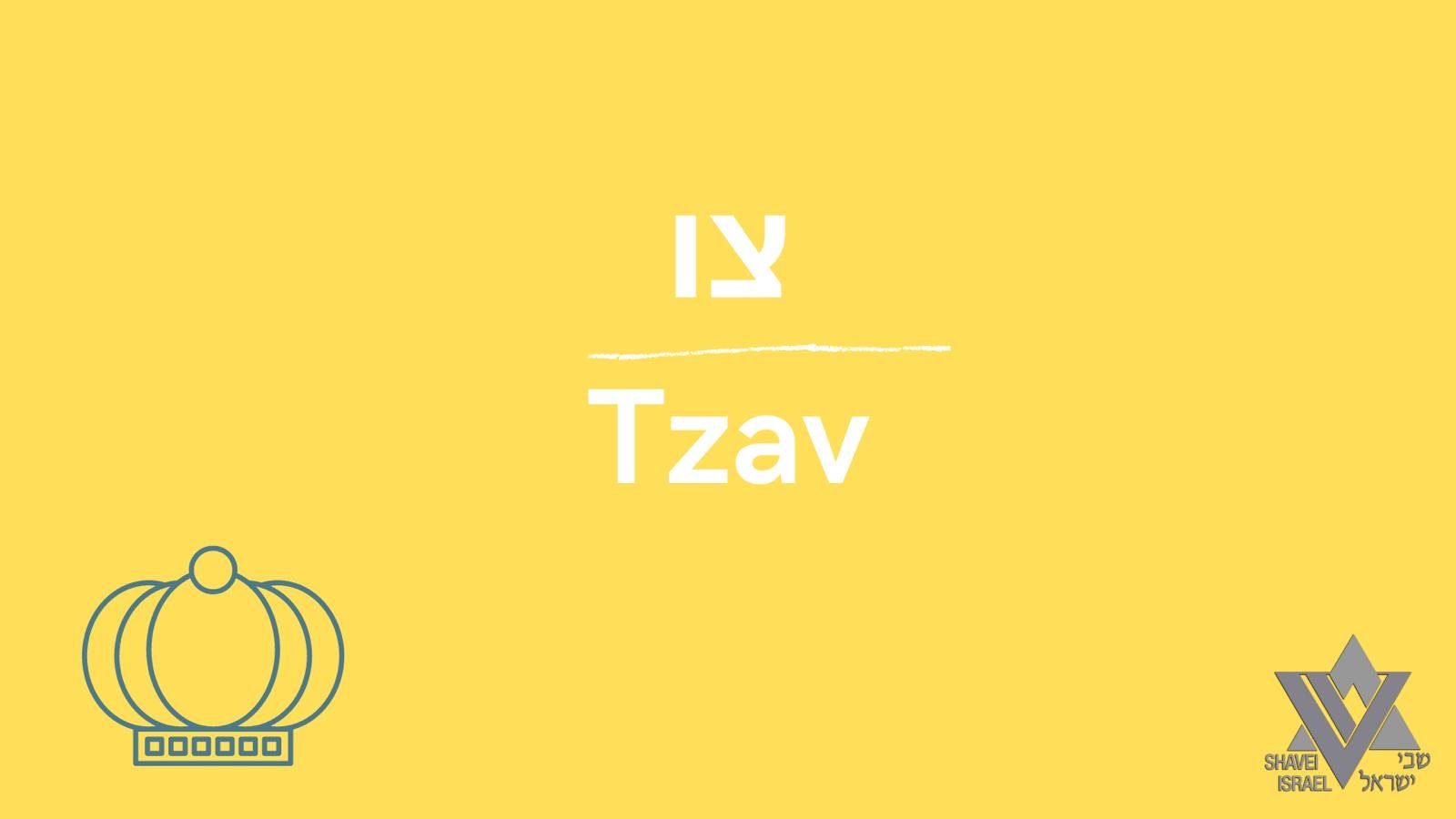 1st aliya (Vayikra 6:1-11) Instructions are given to the Cohanim: while the offerings must be done during the day, the burning of the fats and limbs continue all night.  In the morning the Cohen shall take some of the ashes from the altar and place them at the side.  This pile of ashes is removed to out of the Mikdash.  A fire for the offerings is to burn constantly.  When a Mincha flour offering is brought, part is burned on the altar; the remainder eaten by the Cohanim.  It may not be chametz.

Parshat Vayikra outlined the Cohen’s work; in Tzav it is the Cohen’s menu.  But before that, day and night of the Temple is presented.  The Jewish day begins at sunset; evening and morning, one day.  But not in the Temple.  The day in the Temple was the opposite; day followed by night, one day.  Offerings are brought during the day and burned through the night.  With dawn, a new day begins.

The offerings have time limits.  Most offerings must be burned and the Cohen must consume his parts in a day – meaning the day they are brought and the night that follows.  Some have 2 days.  And the offering we are most familiar with (as we are all the wise child of the seder), the Korban Pesach may be eaten only at night, and perhaps even only until midnight.  As we learn the rules of offerings we realize how unusual the Korban Pesach is in all of its rules.

When and where the Cohen or owner consumes the offering varies according to the offering.  The “kodesh kodashim – the holiest of holy” offerings are consumed in the Temple grounds itself.  That includes the Olah, the Chatat and the Asham.  These are offerings brought to express a submission to G-d; the owner does not consume any of it, has no personal pleasure in it.  An Olah is completely burned, save the leather, which is given to the Cohanim.

Here we have the first mention of koshering utensils.  Cohanim would have 3 types of utensils: milk, meat and kodshim, utensils used for offerings.  Once the time limit for eating the offering expires, the utensil becomes non kosher and must be kashered.  If it is earthenware, it is not able to be kashered – disposables – chad paami, one time use only.  Little wonder that areas in which offerings were brought would be treasure troves of broken pottery for archaeologists; for those pottery utensils would be used once and never again.

3rd aliya (7:11-38) When a Shlamim, a peace offering is brought to express thanks, 10 mincha breads each of 4 different types are brought.  One of each of these 4 types is given to the Cohen.  The owner consumes the offering over 2 days.  He may not be Tameh, impure.  Blood and the offered fats may never be eaten.  The Cohen is given the breast and thigh of the shlamim offering.

The Shlamim is a new category of offering.  It is eaten by the owner.  It is not restricted to the Temple; it may be eaten anywhere in Yerushalayim.  And, the owner has 2 days to consume it.  The city of Jerusalem must have been filled with mikvaot, not just for the Cohanim who were going up to the Temple, but for the celebrants, bringing their shlamim, who would need to consume their offerings in a state of Tahara, purity.  And there must have been hotels that had special OU Kodshim supervision – special utensils only for kodshim, for cooking offerings.  Those bringing shlamim were thankful, joyful, people winked upon by G-d – my, the city of Jerusalem must have been filled with smiles.

4th aliya (8:1-13) Moshe is instructed to inaugurate the Cohanim.  Moshe gathered the people and the Cohanim, pronouncing that the following has been commanded by G-d.  Moshe dresses Aharon in the garments of the Cohen Gadol.  With the anointing oil he anointed the Mishkan, the altar, and Aharon.  He dressed the Cohanim in the Cohen garments, as commanded by G-d.

The instructions for inaugurating the Cohanim were given in Parshat Tetzaveh; the inauguration occurs here.  The last 4 aliyot of this parsha all end with the same phrase: as G-d commanded.  Perhaps this is to avoid accusations of nepotism.  Moshe is not appointing his brother as Cohen Gadol in the way politicians hand out jobs to family and supporters.  Moshe was commanded.

This phrase is also foreshadowing.  Next parsha Nadav and Avihu will do something they were not commanded, a noteworthy departure from all the loyalty of Moshe and Aharon til here.

Moshe acts as the Cohen for the entire inauguration ceremony.  He does the slaughter, the sprinkling of the blood, and the offering of the fats.  Perhaps this is to sensitize Aharon and the Cohanim to “the other side” of the process.  Experiencing what is like to have someone bring your offering for you will allow you to perform the bringing of offerings with greater sensitivity.  Because, now you know how it feels to be on the other side.

6th aliya (8:22-29) The second ram, the Inauguration Ram is brought.  Moshe places its blood on Aharon’s right ear, right thumb and right big toe.  And does the same for the Cohanim.  He offers the ram, sprinkling its blood, burning the fats and offering on the altar one each of the matzot brought with it after Aharon and the Cohanim waved them.  Moshe waved the breast, his portion in the offering.

With this offering, the position as official Cohanim of the Jewish people is inaugurated.  There are no other Jews, as far as I am aware, who can trace their lineage as far back as Cohanim and Leviim.  A Levi today descends from Levi, the son of Yaakov.  And a Cohen descends from Aharon, brother of Moshe.  That Cohen status begins at this moment in the desert, one year after the exodus from Egypt and continues, unbroken, til today.

7th aliya (8:30-36) Moshe instructs Aharon to cook the meat of the offering and to consume it and the matza.  The Cohanim are not to leave the Mikdash for 7 days.  This same procedure is to be done when gaining atonement.  Aharon and the Cohanim did all that G-d commanded.

Our Parsha outlined some of the benefits to the Cohen, due to his holy service.  Support of clergy, or spiritual workers, or ritual leaders is a universal notion, crossing cultures and religions.  Our Cohanim are no different in receiving such benefits.  However, far more important is not what they receive, but what they do not.

Back in the Yosef story we are told how the Cohanim in Egypt, the Egyptian clergy were treated.  They received public support of food.  They had land.  All of the land of Egypt was taken by Paro in payment for the food during the famine; save the land of the priests.  The wealthiest people in Egypt were the priests.  In our time, the wealth of the Vatican is vast.

Our Cohanim, in contrast, have no land; nor do the Leviim.  They receive support, albeit modest.  This is another instance of the Torah’s moderation; supporting the Cohanim, though modestly.  The King will receive similar instructions; benefits but with limits.  Leadership is serving G-d and His people, not self serving.  When reading the Torah we need to notice not only what is said but what is not said; what rights are given, but more importantly what rights are not given.  The Cohanim receive; but modestly.