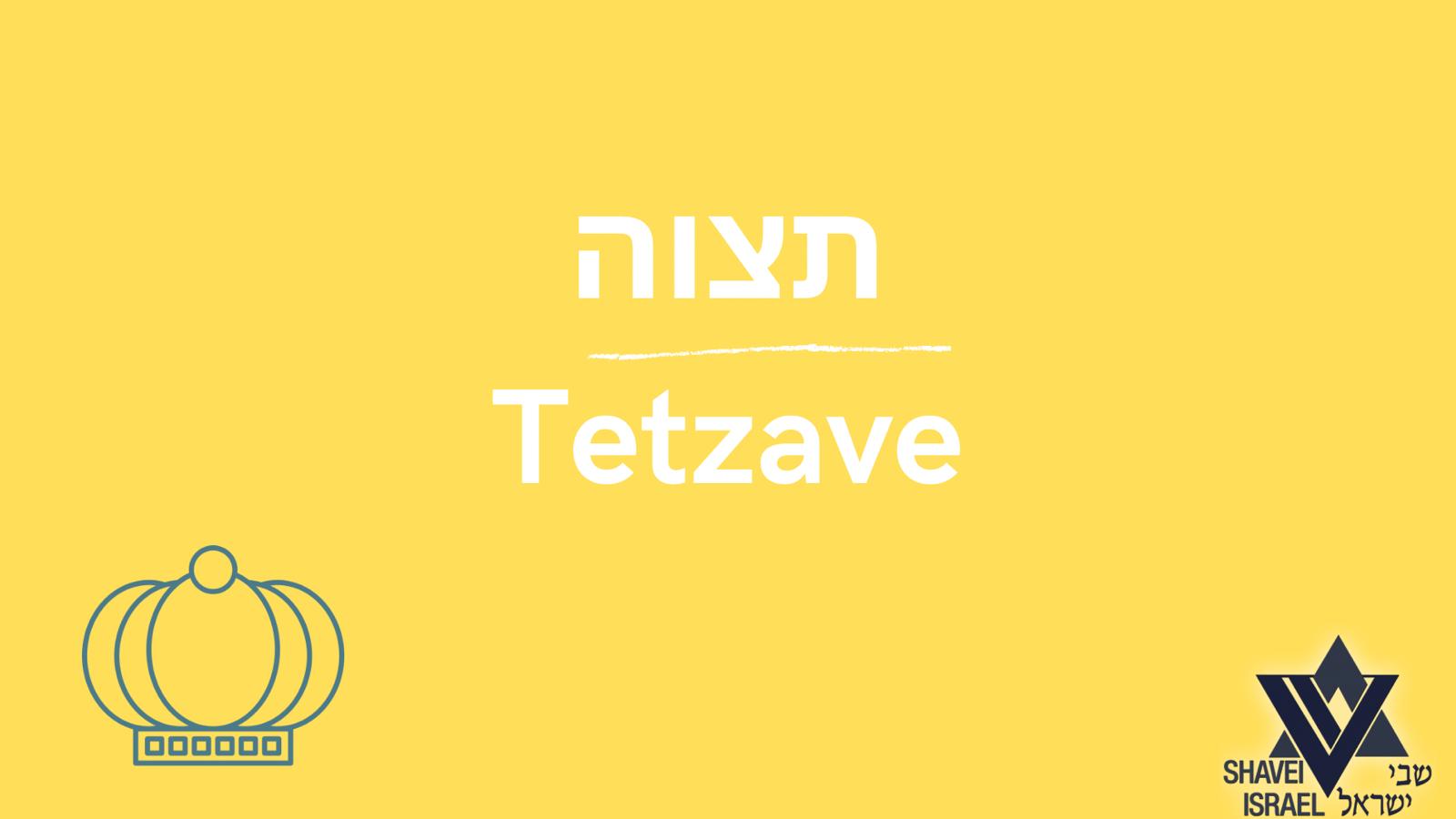 Posted at h in Parshat HaShavua, Publications by
0 Likes
Share

1st aliya (Exodus 27:20-28:12) The Menorah shall be lit every evening.  Take Aharon and his sons to serve Me.  Make them holy garments for honor and glory.  Cohen Gadol, Garment 1: Make the Efod.  It is woven of techelet, purple and red.  It is a skirt with shoulder straps.  An ornate jewel with the names of 6 tribes is fastened to each of the shoulder straps.  Aharon carries the names of the Jewish people as a remembrance before G-d.

The Torah begins with the fancy more elaborate garments of the Cohen Gadol.  But this is not the order he would put them on in the morning.  It would be akin to putting on your overcoat, then your shirt, then undershirt.  That’s not going to work.

But this is parallel to the description of the Mishkan.  We began with the Aron because that is the heart of the building, though when constructed, the building would be built first.  Here too, the Cohen Gadol’s garments are the more dramatic, so even though they go on last, they are described first.

These are regal colors; the same colors as the beautiful curtains of the Mishkan.  Is the Cohen dressed royally because of Who he is approaching?  As we would dress in our finest for an audience with the King.  Or is G-d commanding us what He thinks of us; as if to say “You are kings in My eyes, so dress accordingly.”  The Cohen Gadol represents the Jewish people, a people regal in His eyes.

2nd aliya (28:13-30) Cohen Gadol, Garment 2: Make the Choshen Mishpat.  Four rows of 3 different precious jewels, each with a name of a tribe of Israel, mounted upon a colored woven background.  Fasten this breastplate with gold chains to the shoulder straps of the Efod and to the skirt.  Aharon will bear the names of the Jewish people on his heart when he enters the Holy place.  As a constant remembrance before G-d.  And place in this breastplate the Urim and Tumim.

The names of the 12 tribes are inscribed twice.  1.  6 names on one jewel, 6 on another, mounted on the shoulder straps of the Efod.  2.  Individually, on each stone of the breastplate.  On the shoulder; on the heart.  The Cohen Gadol, as representing the entire Jewish people, expresses our approach to G-d.  We shoulder our responsibility, with love from the heart.

3rd aliya (28:31-43) Cohen Gadol, Garment 3: Make the Me’il, a completely techelet colored robe with an opening for the head.  At the bottom hem, place alternatively pomegranates of colored woven wool and golden bells.  Aharon’s entrance and exit before G-d will hence be heard.  Cohen Gadol, Garment 4: Make the Tzitz, a golden headplate with Holy to G-d engraved on it.  Fasten it to the turban so it rests on the forehead.  Through this, Aharon will bear the sins committed through holy service and through it the Jewish people gain favour before G-d.  All Cohanim, 4 garments:  The Cohen Gadol and all Cohanim during service wear 4 garments.  3 of these are white linen: 1. pants, 2. robe (ketonet) and 3. turban for the head.  The 4th is a belt of colored woven wool.  The Cohanim wear these garments during service; the Cohen Gadol wears only these 4 when he enters the Holy of Holies.  He wears these 4 and the 4 fancy gold and coloured garments, a total of 8, during the rest of the year.

The regular Cohanim wear white linen garments.  This is in stark contrast to the Cohen Gadol.  He is all decked out; they are noticeably simply attired.  We need approach G-d in majesty tempered with humility.  Man need be majestic while humble.  Regal, yet simple.  As the famous mussar saying:  in one pocket, “the world was created for me”, in the other “I am dust and ash”.

Moshe’s name does not appear in this Parsha even though he is doing much of the action.  He was told to command the lighting of the menorah at the beginning of the parsha and also to fashion the Cohen’s garments.  And here, he dresses Aharon in his garments, thereby anointing him in his new role.  So, while his name is absent, Moshe is actually quite active.

Moshe is the epitome of humility.  In the parsha in which his brother assumes a unique and special role in the Jewish people, Moshe is completely absent.  Well, no, he actually is quite active; it is his name that is absent.  He takes a back seat, investing his brother with greatness, not stealing his thunder with even the mention of his own name.

5th aliya (29:19-37) Aharon and the Cohanim are inaugurated through the offering of a ram, with blood of the offering placed upon them and upon their garments.  The offerings of the inauguration are brought.  A future Cohen Gadol, who will replace Aharon, will wear these special garments for 7 days as their inauguration.  They too will repeat this ram offering.  Aharon and his sons repeat this ceremony every day for 7 days.  The altar too is inaugurated for 7 days.

Aharon and the Cohanim are inaugurated in a 7-day ceremony of offerings.  That is a long inauguration.  It may be such to impress on the Cohanim that while they have a unique position, including gifts and benefits due to their holy work, they are servants of G-d, not lords over people.  Privilege takes a quick path to the head bringing haughtiness and a sense of entitlement.  The Cohanim, as all public servants, need be vigilant to remember that they serve G-d and the people, not the other way around.  Hence they need a heavy, long inauguration of serving G-d to realize their position as servants of Him and not lords over people.

6th aliya (29:38-46) 2 offerings are to be brought as a daily offering, one in the morning and one in the afternoon.  A sheep, with flour and oil, and with wine.  It is brought in the Ohel Moed, the place where I meet with the Jewish people.  I have sanctified this place, as well as the Cohanim.  I will dwell amongst the Jewish people and be their G-d.  And they will know that I am G-d who took them out of Egypt to dwell amongst them.

The permanent daily offering is brought twice daily specifically in the Ohel Moed, the place where G-d declares that He will dwell amongst the people.  The stretch of the Hand of G-d to man is reciprocated by man’s bringing offerings to Him.  But it is not just that we reach for Him through our offerings; He says to bring these offerings specifically where He dwells amongst us.  It is a mutual reach; He for us, us to Him.

7th aliya (30:1-10) Make an incense altar of wood overlaid with gold, 1 square cubit.  Place it in front of the curtain behind which is the Aron, the place upon which I will meet with you.  Offer incense twice a day, at the time of the Menorah cleaning in the morning and Menorah lighting in the evening.  It is solely for the prescribed incense, not for offerings of flour or wine.

The incense altar is totally out of place.  We had all the instructions of the vessels of the Mishkan last week: Aron, Menorah, Table, altar for offerings.  What is unique about incense that its altar comes after all the other instructions?

In this I speculate, but the incense symbolizes the culmination of the Mishkan.  Man is created dust from the earth with the soul breathed into him through his nostrils.  The nose is the corridor of the soul.  The Midrash says that man died with a sneeze; the soul entered through the nostrils and exited through the nostrils.  The breath through the nose is the breath of the soul.  The fragrance of incense then becomes the symbol of the intangible soul.  As if to say, our rendezvous with G-d’s presence is a rendezvous of the spirit, of the soul.  He is intangible; our soul likewise.  And it is our intangible soul, symbolized by the fragrance of the incense that meets the Intangible One.  That rendezvous of the soul of man with the Intangible One is the purpose of the entire Mishkan.