Presentation on The Jews of Cuba 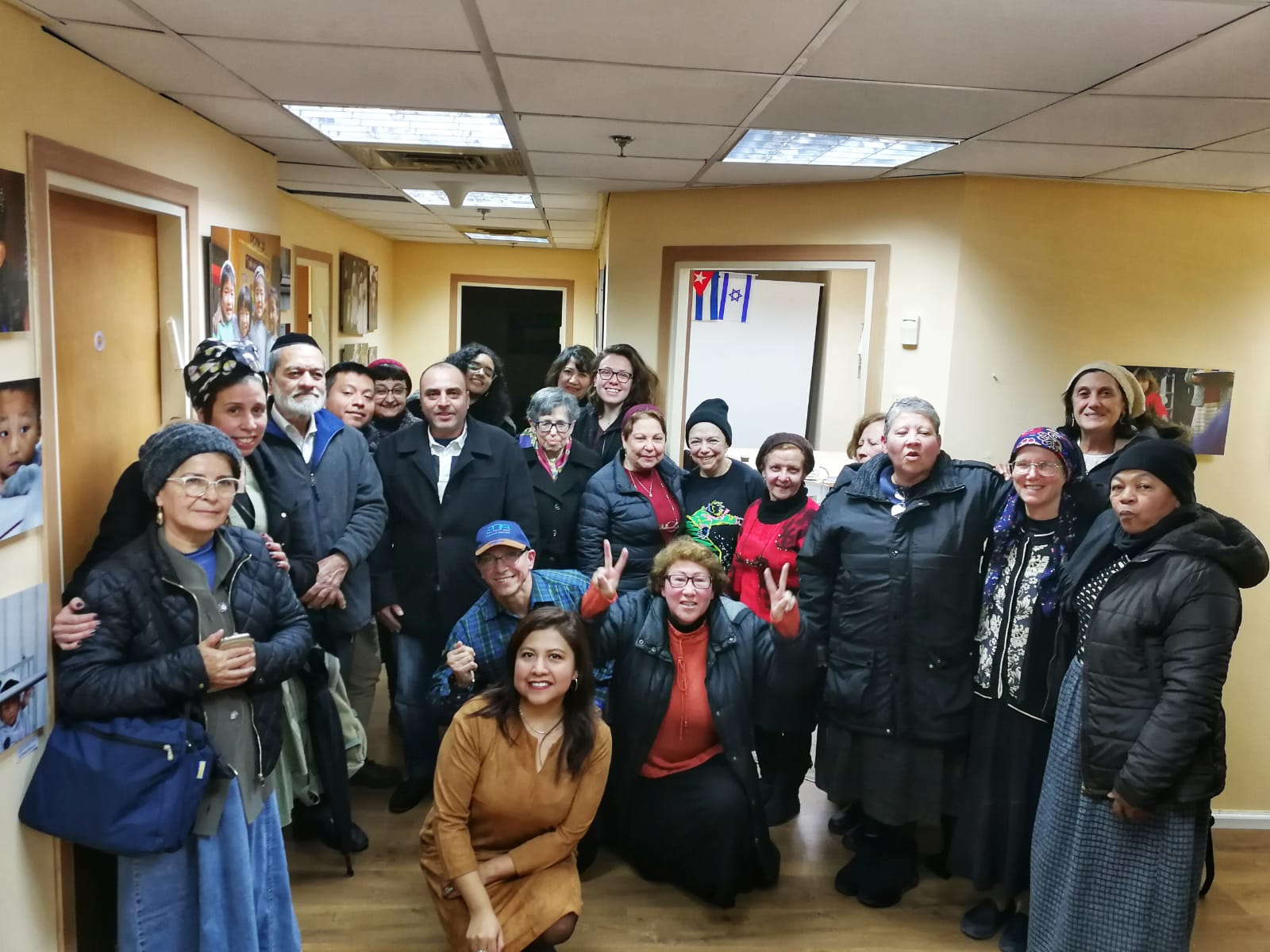 Presentation on The Jews of Cuba

The Ma’ani Center, sponsored by Shavei Israel and the Office of the Ministry of Culture, and with the backing of “Higanu Habaita” (“We Arrived Home”; meetings for and by new immigrants to support diverse cultures and communities, share experiences, as well as to make new friends) hosted a presentation by the researcher Mrs. Eugenia Farin Levy, author of four books about Jewish history in Cuba:

Mrs. Farin Levy regaled the audience with the history of the cultural and economic contributions of the Jews in Cuba from the 1500’s to the present, as well as the history of the Santiago de Cuba Synagogue and some of its unique features:

– The building was built to be used as a religious institution
– It has a “Sefer Torah” (Hebrew Bible) from the seventeenth century
– It was expropriated by the government after Cuba declared itself an atheist state, and returned to the Jewish community after more than 20 years to be used for its original purpose.

The presentation was made without notes, since the speaker knows the subject in depth because of her long years dedicated to research, and her status as an integral member of that group.

The story began with the arrival of Christopher Columbus on his expedition of discovery, and the landing of the first European on the island, who turned out to be a Jew named Yosef Levy haIvri, known as Luis de Torres, as he had been forced to convert to Christianity by The Inquisition in Spain. It continued with the interesting history and the different contributions that Jews have made to the island’s economy and also their participation in the wars of independence that gave rise to the nascent Cuban Nation. Already in the republican period the stories are collected of several waves of immigrants pushed by the different conflagrations and how the inhabitants of Cuba received them with marked hospitality. The evolution and flowering of the community until the arrival of the Castro Government in 1959, with a communist orientation, which tried to make this a country without religions.

The ingenious ways that families used to survive and keep alive the flame of Judaism to the present are narrated. With the manifest interest of transmitting from generation to generation traditions and unwavering faith in G-d.

The audience listened carefully and at the end of the conference, multiple questions arose which were answered by the speaker to further expand the information. The program was extremely enriching for all present.

It was explained  with simple words how the Caribbean Island has been able to keep alive a small but vibrant Kehila, where it can be said that: Am Yisrael  b’Cuba Chai.

The topic was of interest to some people who were motivated, so they went to our Center, the meeting was enhanced by a public enthusiast, Dr. Margalit Bejarano, a Hebrew University Professor who specializes in the subject of Judaism in Cuba. Also present were immigrants from Colombia, Armenia, Mexico, Spain, and Argentina. Also Dr. Eduardo Torres, a historian of the Jewish communities of Latin America, originally from Cuba, participated.

The meeting was full of enthusiasm, strength, emotion, and gratitude to having come home, to have been received and supported by the government, to have found the spiritual level and understanding that we have longed and searched for a long time, to know that we belong to a family with a 5000 year tradition, to the dedication that gave us the opportunity to live in the promised land and follow the principles that give us life.

Note: Mrs. Farin Levy was born in Cuba in 1950. She is an economist by profession and a historian of vocation. She was categorized by the Academy of Sciences as a researcher of history and culture.