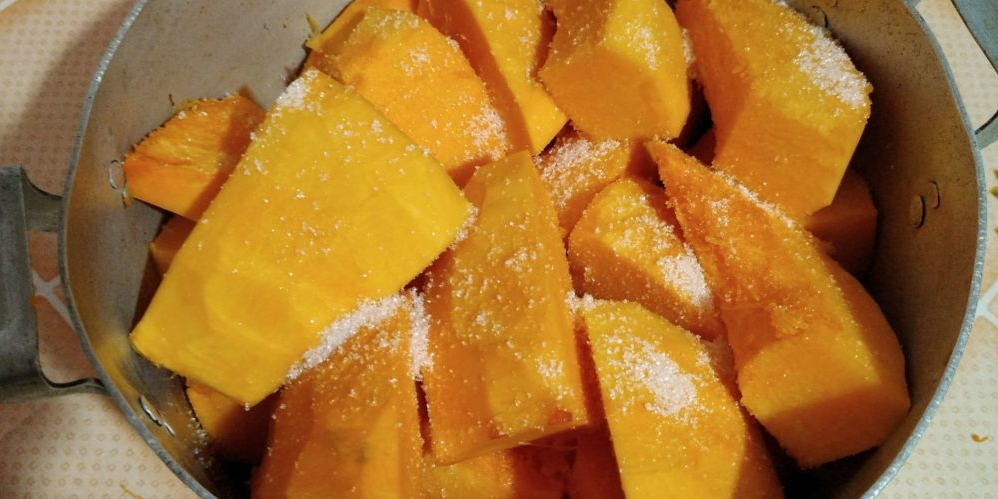 One should knead the dough in a large container.

For this one needs to:

– boil 1, 5 liters of water and let it cool slightly

– add 3 full handfuls of flour and knead the steep, slightly stretching dough, stir well, so that there are no lumps;

– boil water and let it cool down a little. Then one should begin to add this water in a thin stream into the dough, continuously stirring this dough until it takes the thickness of the cream

– pancakes were baked in pans in the oven, and today gas stoves are usually used

– one can also add different fillings.

Today, this dish is also prepared, and the oven is replaced by a gas stove.

Meat was cooked in an iron pot till the meat broth was obtained. Borsch was cooked in this broth, as well as ushnik and lapshevnik. Boiled meat was cut into slices and stewed with onions and carrots in a small bowl.

This dish is just as popular today.

Izvar (juice) was cooked from dried fruits or from fresh fruits. And in the distant times, when there was no sugar, one made a decoction of sugar beets,  dried fruits were added to it and cooked to the desired state.

Today, this dish is called compote and is cooked in each house weekly.

Pumpkin was baked in the Russian stove. Before baking, the pumpkin was washed, a small hole was cut in the upper part of the pumpkin, and seeds and long fibers were removed from the inside through this hole. The cut part was peeled, cut into small pieces and put inside the pumpkin. Then the pumpkin was placed on the pan with a hole cut down and placed in a hot stove on the taganok (a special stand/holder) until the Shabbos. When it was taken out, it was black charred outside. The skin was easily separated, and the flesh was soft and sweet. It was served as dessert.

Currently, the process of cooking pumpkin is a bit different from roasting in the oven. But it turns out to be a very tasty delicacy, loved by the residents of the village of Vysoki:

– wash pumpkin, cut into small pieces, peel from its skin and seeds

– cut pumpkin into small pieces and put in layers in a saucepan. If one wants the pumpkin to be sweet, then the layers in the pan can be sprinkled with sugar

– boil pumpkin for 30-40 minutes until it becomes soft;

– remove the remaining liquid, put the pumpkin on a baking sheet and put it into the hot oven for 30 minutes to let the pumpkin dry out a little bit.