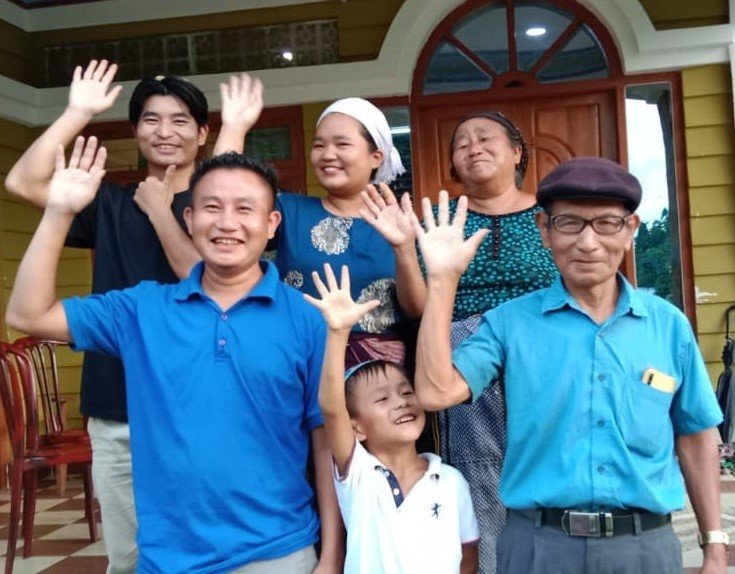 As the last leg of the 722 Bnei Menashe Aliyah is approaching, one family who will be on board with the group on the final flight is 66-year-old Head of Matiyang Village, Churachandpur, Mr. Reuben Haokip. Apart from his chieftainship role, he was employed by the government as a teacher and retired in 2015 after working for almost two decades. He will be making Aliyah with his wife Khanna Haokip (69), son Benjamin Haokip (26), son Mechabee Haokip (33), daughter-in-law Odalya Touthang (22) and grandson Darlev Haokip- (7). His younger brother, Isaac Haokip, made aliyah to Migdal Ha’Emek in 2011 and they have not seen each other since then. He is greatly looking forward to seeing him again.

Mr. Haokip inherited his Chieftainship from his late father Mr. Abraham Haokip who died in 2004. Unfortunately his father died while waiting for Aliyah. Now they will carry his memory with them when they leave India. Chieftainship is a role that is found in remote parts of Manipur. These parts are left largely ungoverned by the Indian government so the authority of the chief often fills this void. The chiefs are entrusted to exercise tribal law in remote areas where the presence of state authorities is minimal to practically non-existent. Criminal or non-criminal cases such as marriages, petty-theft and so forth are often solved in the chief’s village court. Their authority is recognized by the constitution of India under Six- Schedule. So due to the high status that they enjoy they are considered like a mini king of sorts in Manipur tribal society.

With that said, why would a man like Reuben Haokip wish to make aliyah, leaving behind the high social status he and his family enjoy?

His response in regards to the above question is a very humble one. Haokip laments with a smile, «Life is good here but rich and powerful people, and poor people all have a common creator. We often find comfort in the words of G-d. The kindness of G-d is in all of us. It is unconditional. It’s just that some people are too ignorant to see it. There is nothing more comforting then to dwell in His presence. My status may bring me power, but it is meaningless. To me this Aliyah is the unfolding of the prophecy; the words Hashem coming to life. I can’t resist being a part of it.» 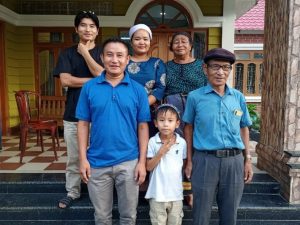 The learned Haokip then added, «In the book of Jeremiah, chapter 31, verse 15 it says our grandmother Rachel is weeping for her children because they are no longer in Zion. And the Lord comforts her and promises her that ‘Her children shall return to the border’. Finally my turn has come to return to the border of Zion. My biggest wish is to be buried in the land of Israel when I die.»

My family is fortunate enough to be a part of this upcoming aliyah but my heart weeps for those thousands of Bnei Menashe yearning to make Aliyah and become a part of the unfolding prophecy. I myself have waited for this Aliyah for as long as I could remember. I hope their wish will soon come true. I am so grateful to Shavei Israel, the Jewish Agency and the State of Israel who have all taken the initiative to help the Bnei Menashe and who are making enormous efforts to fulfill the dreams of thousands of them who remain in India.

You can help Reuben Haokip’s family, and other Bnei Menashe like them who are awaiting their aliyah dream! With your help we can make it happen.