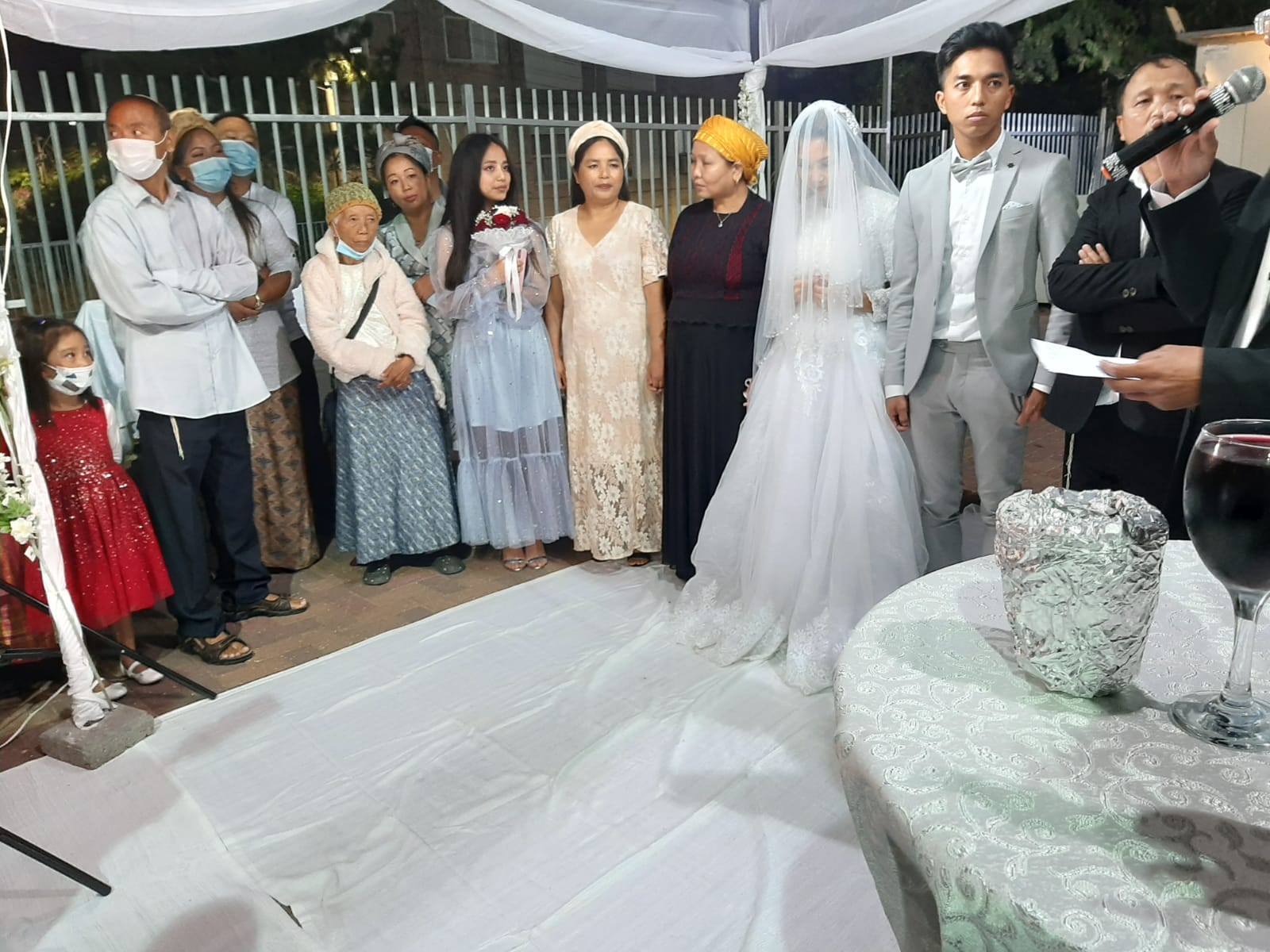 Mazal tov! Now that people are slowly starting to go back to quasi-normal, weddings and other festivities are taking place frequently.

While Bnei Menashe marry native Israelis, Americans, or anyone they like, it is common for them to marry not only other Bnei Menashe but those from their state of origin (same language, culture etc.) Yehuda and Oriah had other ideas! May their union be blessed and may they build a 'bayit ne’eman b'yisrael.'