Faith, courage and discovery: from El Salvador to Jerusalem 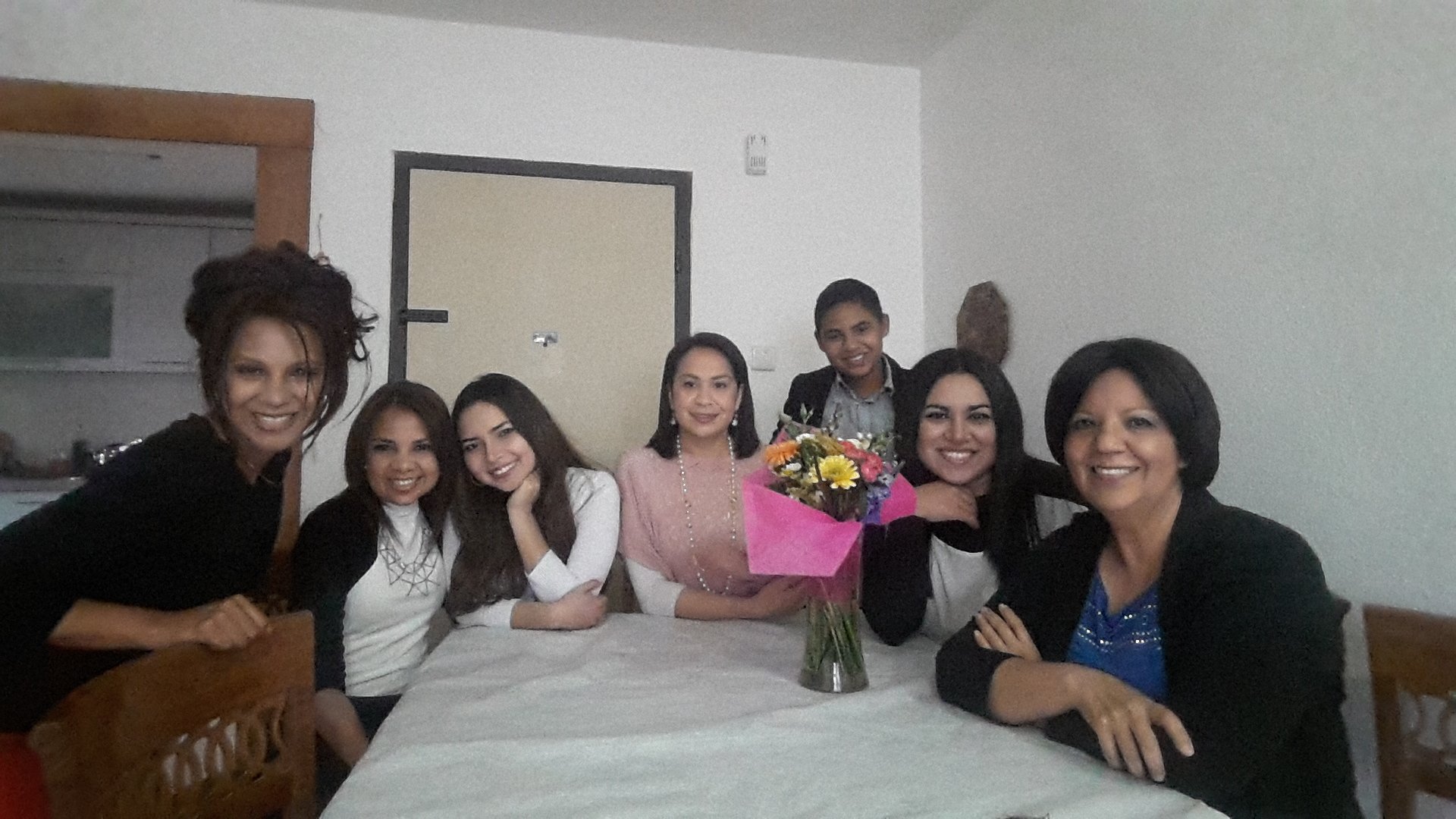 Faith, courage and discovery: from El Salvador to Jerusalem

It started in 1982 when Yael and Elisheva Franco’s mother helped open a new high school in El Salvador. She named it “Jerusalem.” The Franco sisters’ mother didn’t know anything about Jewish tradition and the school was “a regular secular school,” Yael Franco explains.

Ten years later, Yael and Elisheva’s mom arrived in Israel with a scholarship from the Israeli Embassy to study education in Haifa. Again, there was no overt relationship to Judaism. “She felt a connection with Israel but she didn’t know why,” Yael continues.

Yael and Elisheva have now taken the next step: following their formal conversion to Judaism last year they are now living in Israel. Elisheva has made aliyah formally, while Yael is still waiting for her Israeli identity card, which she expects to receive in the coming weeks.

When we asked Yael what she attributed the stunning changes in her life and the lives of her family, she says simply, “I feel like G-d guided our family, without us even realizing it, to the way we are now. Slowly, slowly we started doing things. First it was the name of the school, then our mother came to Israel. We kept Shabbat even before there was a Jewish connection.”

That’s the way it goes so much of the time with the Bnei Anousim of Spain, Portugal and the Americas, when hidden Jewish heritage springs from the most unexpected places – like an unbidden premonition to name a school “Jerusalem” in the heart of Central America, 7,600 miles from the historic capital of the Jewish people.

The Bnei Anousim are descendants of Jews who were forced into hiding or compelled to convert to Catholicism 500 years ago. Many escaped Europe for the new world on the ships of the great explorers, settling in El Salvador, Colombia and Chile. But the Inquisition followed and these Jews, like their brethren back in the old country, went underground.

Shavei Israel recently met up with four young women from El Salvador who are now in Israel at various stages of the conversion and aliyah process, studying in Jerusalem area midrashot (seminaries) and Hebrew language ulpans. (A fifth woman, Aliza, was not available for an interview.)

Rachel, 27, studied communications in El Salvador and hopes to continue in that field in Israel – maybe even to become a journalist. “I know English and Spanish, which opens up a lot of opportunities,” she says. “Now I’m studying Hebrew.”

Rachel’s maternal side came to El Salvador from Spain; her father emigrated from Turkey. “I don’t know if they were Jews, but it doesn’t really matter,” she says. “From very early on, I wanted to know more about Judaism. I was weird – I was the only one of my Christian friends that didn’t believe in Jesus.”

While at university, Rachel made friends with a couple of Jewish students. “One day, I was walking home, and I just sighed and said, ‘G-d, I want to find you!’ One week later, one of my Jewish friends invited me to come for Shabbat in her community. I didn’t know anything about them or Shabbat. But I went. We sang all the psalms and I cried, ‘G-d, I found you!” From that day, I have never missed Shabbat.”

Sonia, 28, found her way to the San Salvador Jewish community through the city’s sole Jewish bookshop. She too didn’t grow up Jewish. “But I always loved to read and my family used to talk about how the Jews were the chosen people. So I went to the bookstore to learn more. The woman working there connected me to the Jewish community,” she says.

Sonia studied social work at university for a year, “but I had to leave it to work.” Her job was in quality control for a factory. Now in Israel, she would like to return to her social work studies. “I think there’s a lot of potential to help others in need here, especially in Spanish,” she says.

The Franco sisters are ten years older than Rachel and Sonia, and Yael Franco has a 13-year-old son, Yehoshua, who came to Israel with her. “Everything came from heaven at just the right time,” Yael says. “Yehoshua’s father agreed to let him leave El Salvador.”

Yehoshua had a brit mila when he was a baby, but what’s surprising is that his non-Jewish uncle, the future leader of the Beit Israel community Eliyahu and his other male relatives also had circumcisions when they were young – very unusual for El Salvador, Yael explains, but that’s just the way it was for the Franco family. “We never ate pork, which is also very strange for Central America,” Yael says. “And the women always wore skirts. Our parents said it was a moral thing, but they never explained why. I don’t think they knew. It was tradition.”

The Francos were active in their evangelical church – their father was the community’s religious leader when he began having doubts about Christianity. “We started to ask a lot of questions and eventually decided that the church wasn’t the truth,” Elisheva explains. As her father’s talks from the pulpit began to diverge from what his parishioners expected, “they expelled him and our entire family,” Elisheva says.

It was only once they had left the church, however, that they came to Judaism, Elisheva adds. “When my brother founded Beit Israel, our old friends were very angry. They called us heretics and cut off all contact. It was the only time we ever experienced any anti-Semitism.”

Indeed, El Salvador has been remarkably friendly to the Jews. When we spoke with Eliyahu Franco in 2013, he told us it’s not unusual to see a Magen David (Star of David) or a Menorah used as a design element on a sign on a bus or in front of a shop. Moreover, Franco said he wears his kippa (head covering) openly on the street “and people just come up to me and say ‘we love the Jewish people.’” (For more about why Eliyahu thinks El Salvador is so welcoming, read our article here.)

Shabbat at Beit Israel is an incredible experience, Rachel explains. “Everyone comes to the synagogue before Shabbat and sleeps over. We all bring and share food. There isn’t even time for a Shabbat afternoon rest – we have so many activities and classes. It’s that way every Shabbat.”

Why would Rachel want to leave such an inclusive community?

“There’s no other place like Israel,” she replies quickly. “There’s something special here that I belong to. I cannot even think of living in a different place now. I feel like there’s a ‘soul connection’ here.” 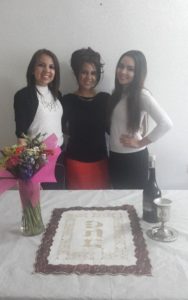 Elisheva and Yael both worked at their mother’s “Jerusalem” school, which began over time to add classes in Jewish history and tradition. After nine years in the Beit Israel community, they knew it was time to move on. They traveled first to the U.S., where their Orthodox conversions were performed, and then to Israel.

Elisheva says she would like to write a book about her experiences. “I would call it, ‘Life is a Present,’” she says. “Every time we have a test in life, there’s a purpose. Every breath we take, every time we look and see and talk, it’s a gift from G-d. It’s not always obvious.”

Elisheva hopes that once she has learned enough, she can become a Jewish studies teacher for other Spanish-speaking immigrants.

Elisheva, Yael, Sonia and Rachel all arrived in Israel – and in Jerusalem in particular – at a difficult time in the country’s on-going battle against terror. We asked if they feel afraid.

“Are you kidding?” Elisheva says almost breaking out in laughter. “You don’t know what it’s like in El Salvador. Seventy people are killed every week. It’s terrible. I feel much safer in Israel.”

Sonia agrees. “I feel secure here because I am close to G-d.”

“It’s like one big family here and you’re never alone,” Elisheva adds. “Even if we’re sometimes very different, the people are together, united.”

Yael and Elisheva have a message for their community back in El Salvador: “We didn’t forget you. We may be the pioneers, but we will help you to come too.”

Yael stresses that she is “grateful for the attention that Shavei Israel has given us, for sending [Shavei Israel emissaries] Rabbi Daniel Tuito and Rabbi Yitzhak Aboud and for helping us make true the dream to return to Eretz Israel [the land of Israel] and recite in our own land Shema Israel, Hashem Elokeinu Hashem Echad.”

Shavei Israel has supported Yael, Elisheva, Rachel, Sonia and Aliza from the very start and will continue to be there as they settle into their new lives in Israel. If you’d like to be a part of Shavei Israel’s ongoing assistance to El Salvador and other Bnei Anousim communities in Central and South America, please visit our support page.

“The process we have been through is complicated and not always easy,” Rachel concludes. “But G-d is always with us. He listens to our prayers. My soul is always looking for the truth, to find G-d. I want to transmit emunah – faith – in my life, and that we can fight for what is right. I know G-d has helped me.”